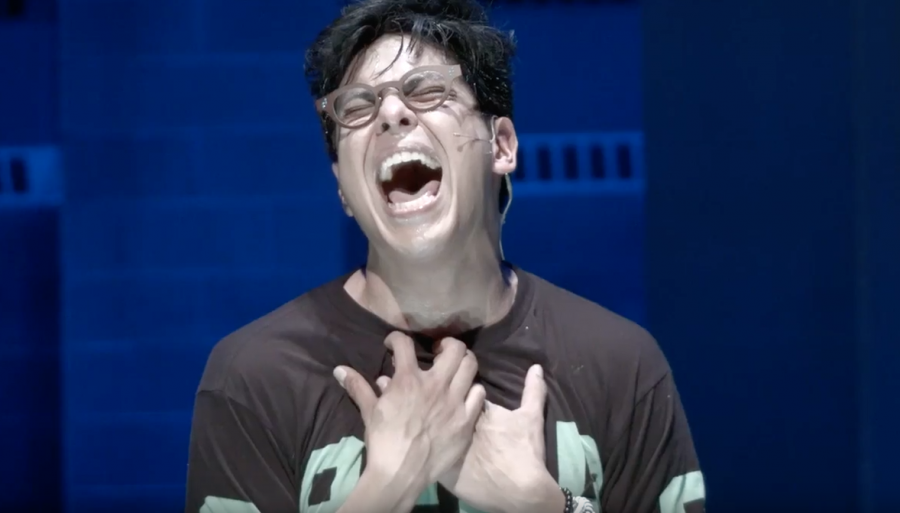 We met up with George Salazar of the new show "Be More Chill" (and from the "Lightning Thief"!) where he talks about the show, social media, winning awards without knowing it, and a full behind the scenes performance of "Michael in the Bathroom"!

In Manhattan at Signature Theater – Irene Diamond Stage, The

Review of ‘Be More Chill’

I will always be the first to admit that I was never, ever the cool kid in school. I was somewhere between the well-known-but-not-popular kids and the geeks, thanks to my obsession with Broadway. Thankfully I went to a school that was accepting of everyone, where literally no one was made fun of and no fights broke out. This is not the typical experience for most high schoolers, though; most high schoolers’ reality is probably a lot more like Jeremy Heere’s in Joe Iconis’ Be More Chill, which is running at The Signature Center, directed by Stephan Brackett and produced by Jennifer Tepper. Jeremy (Will Roland) is a high school freshman who would rather sit in his room playing video games with his best friend Michael (George Salazar) than go to the cool kids party. But when the school bully, Rich Goranski (Gerard Canonico), corners him in the bathroom telling him how he can be cool he leaps at the chance. This is not the typical change of clothes, get new friends routine though. Jeremy goes to the Payless Shoe store in the mall to buy a mini computer in pill form from a shady salesman. He swallows the pill and activates it with Mountain Dew, and the pill flows through his bloodstream …Read more