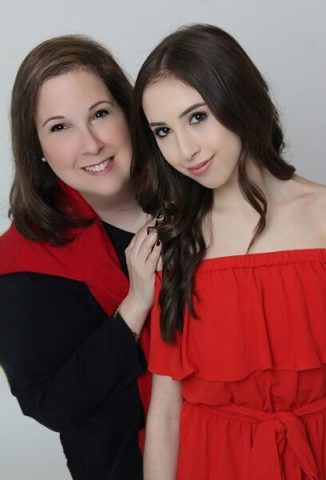 The 2017 New York Musical Festival, which runs July 10 through August 6, will bring audiences four full weeks of new musicals, concerts, readings, and panel discussions. We spoke with Carrie Berk (book) about her musical Peace, Love, and Cupcakes: The Musical, which she wrote with Rick Hip-Flores (music/lyrics) and her mom, Sheryl Berk, and Jill Jaysen (book).

New kid, Kylie Carson is "different" – which can make middle school a very scary and unfriendly place. So she cooks up a sweet solution: form a cupcake club that's open to anyone seeking friendship and a place to belong. But the popular clique turns bitter with jealousy and vows to destroy the club's efforts. Kylie is now faced with a tough choice: stoop to the mean girls' level or take the higher road.

Wicked. I loved not just the score but the relationships between characters. I love that we see a different side to Glinda and Elphaba; they are never two dimensional. The bad girl can be compassionate and the good girl can be pushed to a place where she questions if revenge isn't appealing. I see shades of that in Kylie and her nemesis Meredith.

What is your favorite place to buy cupcakes in the city?

Georgetown Cupcake SoHo; the cookies and cream is my fave. 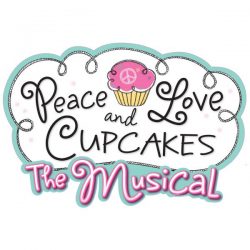 We are not just entertaining people. We are transforming a musical into a movement, empowering kids to make a difference and bringing awareness to bullying. It's truly the biggest monster kids face today.

We would love to see PLC performed in schools and camps; maybe a national tour or a movie form of the musical? Personally, I think it would be great for the Disney Channel! We also want to grow our movement and get everyone to take the PLC Pledge: "I'm gonna make a difference today!"

What’s not to love with a musical about cupcakes? Tempering the sourness of mean girl cliques with the sweetness of its titular baking, Peace, Love and Cupcakes: The Musical of the New York Musical Festival brings a unique twist to the classic story of a girl coming into herself despite the school bullies standing in her way. Kylie (Carrie Berk) is, in a word, different. She stands out from her peers, but not in a good way. Faced with snickers and mean-spirited comments in every class and corner of the hall, she has no friends, and no place in school to call her own. Things only get worse when Meredith (Alexa Reeves), the most popular girl in school and leader of the BLAH girls clique, makes it her mission to take Kylie down. The aptly-titled song “Kylie Carson Doesn’t Belong Here” makes it clear exactly how alone Kylie is at her school. Kylie can’t see a way out of her loneliness, but her quirky art teacher Juliette (Calli McRae) inspires her to start a club to make a group of friends. With Juliette as faculty advisor, Kylie starts a cupcake club. Alongside the girls who join, Kylie makes increasingly ambitious recipes. The club makes its school premiere at the yearly eco-fair, an …Read more