It's the most wonderful time of the year, but Christmas wouldn't be the same without some fun-filled holiday productions. And while the Broadway lights are dark, there are still plenty of ways to enjoy theatre and music from the cozy comfort of your own home, hot cocoa in hand. Here are some holiday-themed productions you won't want to miss, all available for you to enjoy virtually.

The Classical Theatre of Harlem presents a free archival recording of its 2019 production A Christmas Carol in Harlem. Directed by Carl Cofield, the play features Charles Bernard Murray as a hardened real estate mogul who is visited by three unexpected visitors on Christmas Eve.

A Christmas Carol in Harlem is currently free to watch on The Classical Theatre of Harlem's website.

Kris Kringle The Musical: Throughout December

A new holiday musical about the story of young Kris Kringle, Kris Kringle The Musical stars Kyle Sherman, Jason Simon, Kim Crosby, and Amy Coelho, all performing from their respective homes. The musical will be released in an advent series of short videos throughout December.

Meet Me in St. Louis: December 11th to January 2nd 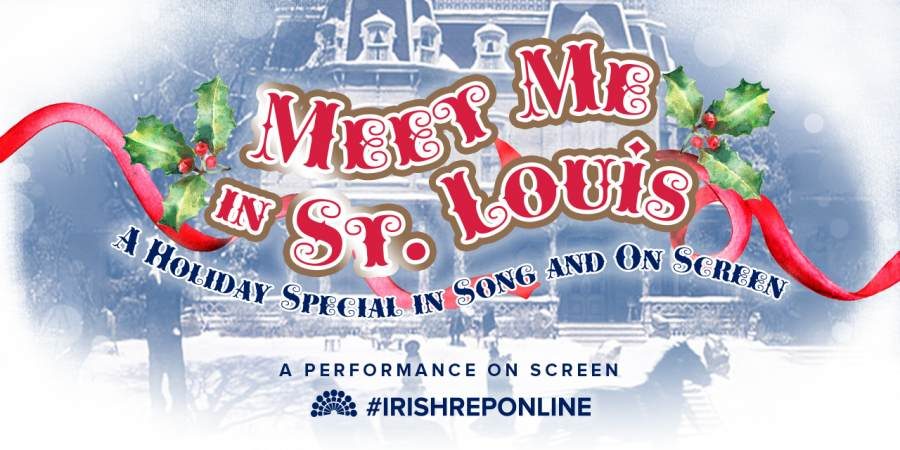 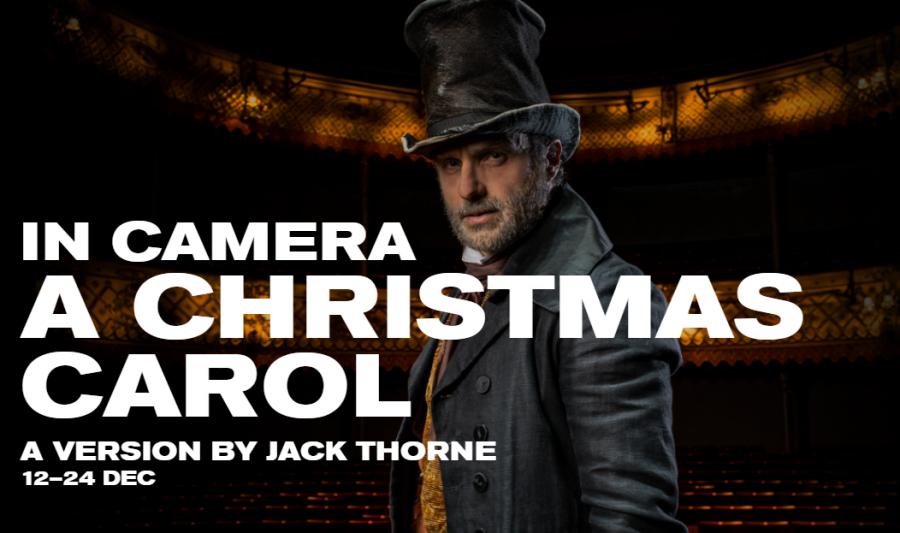 Matthew Warchus' A Christmas Carol, adapted by Jack Thorne, returns to London's Old Vic for the 2020 Christmas season. But this time, it will be available for you to watch in  homes all over the world. The Walking Dead's Andrew Lincoln stars as Ebenezer Scrooge in this visually arresting production that teaches about the true meaning of Christmas.

A Christmas Carol runs December 12 to 24, with tickets ranging from £30 to £65. Find more info and purchase tickets here. 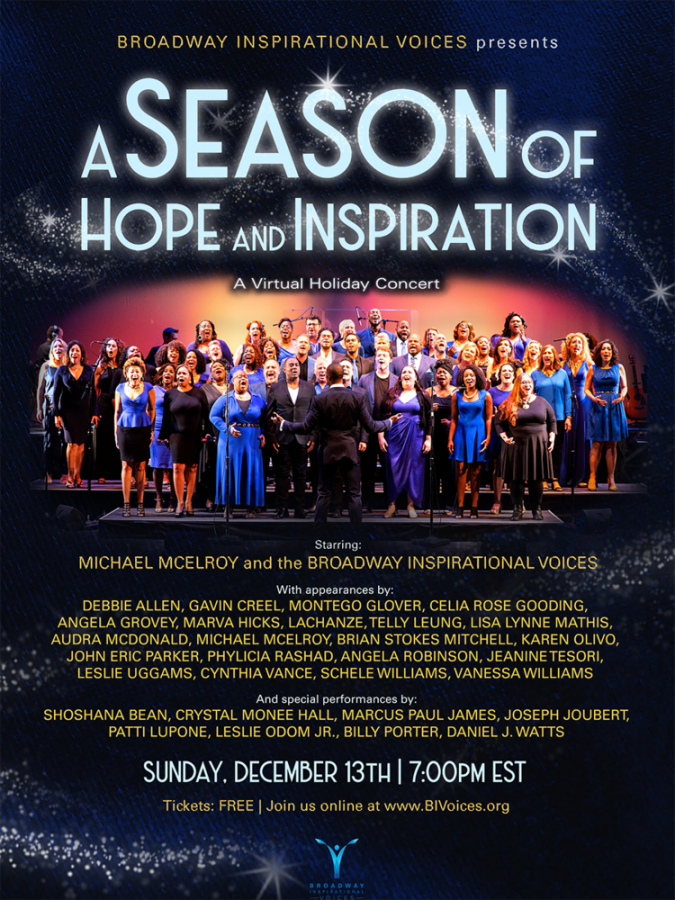 The Broadway Inspirational Voices and Michael McElroy present a concert of festive (virtual) cheer. Joining them will be special guests Shoshana Bean, Leslie Odom Jr., Pattie LuPone, Gavin Creel, Brian Stokes Mitchell, Billy Porter, and more. The concert is free to watch, but be sure to reserve your tickets ahead of time.

BIV Holiday Concert streams for free, with a suggested donation of $10, on December 13 at 7 pm EST. Reserve your tickets here. 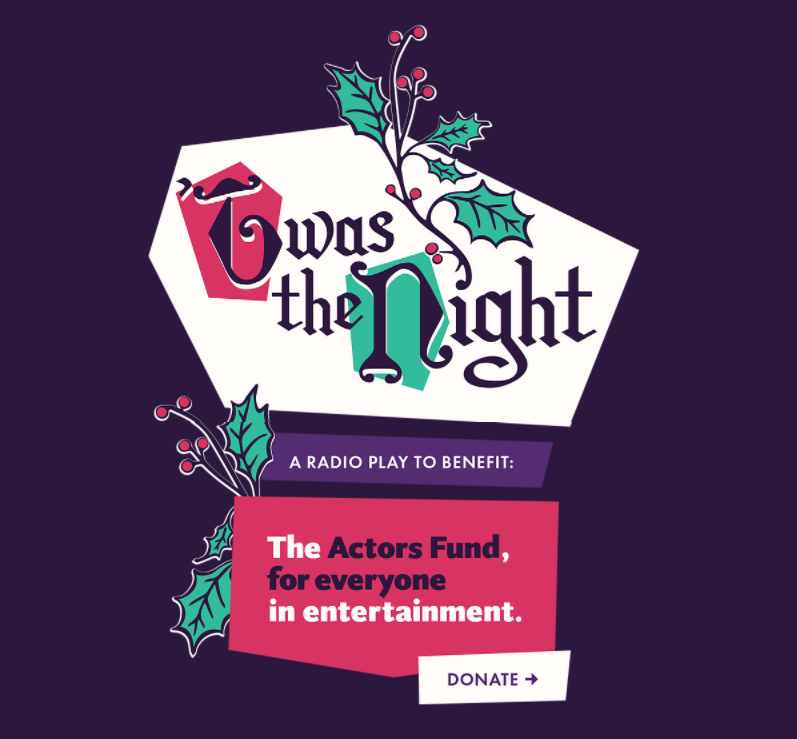 Narrated by Chris Jackson (Hamilton), 'Twas the Night is shaping up to be the audio event of the year. A radio play to benefit The Actors' Fund, the production stars the voice talents of James Monroe Iglehart, Aneesa Folds, Nick Walker, Lexi Garcia, Fergie L. Philippe, Michael Paul Smith, Eddy Lee, Gillian Pensavalle, and Patrick Hinds. Written and directed by Michael Paul Smith, 'Twas the Night is a modern-day take on the classic poem "A Visit from St. Nicholas" (more commonly known as "'Twas the Night Before Christmas"). 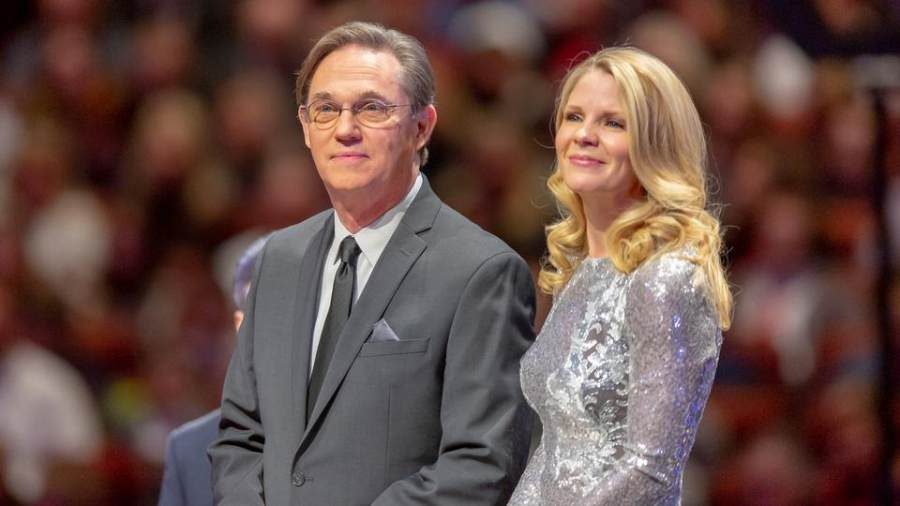 Christmas with The Tabernacle Choir airs at 9/8 C on PBS.

Home for the Holidays: December 15th to 19th 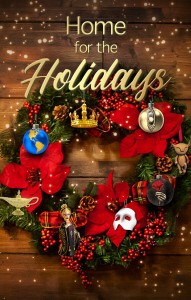 The show streams for free on December 15 at 8 pm EST, and will be available to watch through December 19. Find more info and watch it here. 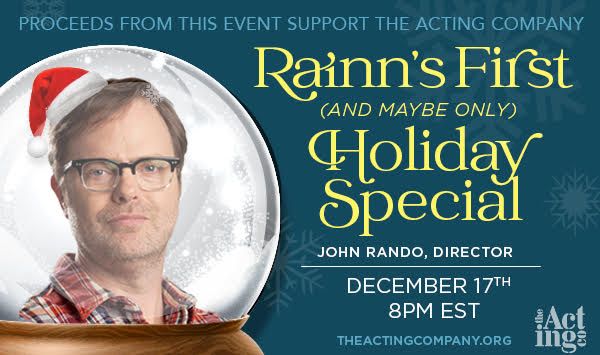 How does Christmas with Dwight Schrute sound? On December 17th, The Acting Company will hold a virtual benefit performance hosted by Rainn Wilson (The Office). Directed by John Rando (Urinetown, Back to the Future), the performance will also feature Kevin Kline, Harriet Harris, Lorraine Toussaint, Jesse L. Martin, Sara Mearns, Lisa Banes, Steven Skybell, Tatiana Wechsler, and more. Both Wilson and Rando started their careers with The Acting Company in 1990, and this exciting event reunites them for an evening of humor, hilarity, and holiday cheer. Proceeds from the event will help fund a 2021-2022 national tour of Twelfth Night directed by Kent Gash and The Three Musketeers directed by Carl Cofield.

Streaming live on December 17 at 8 pm EST, the production is free with donations encouraged. Register here. 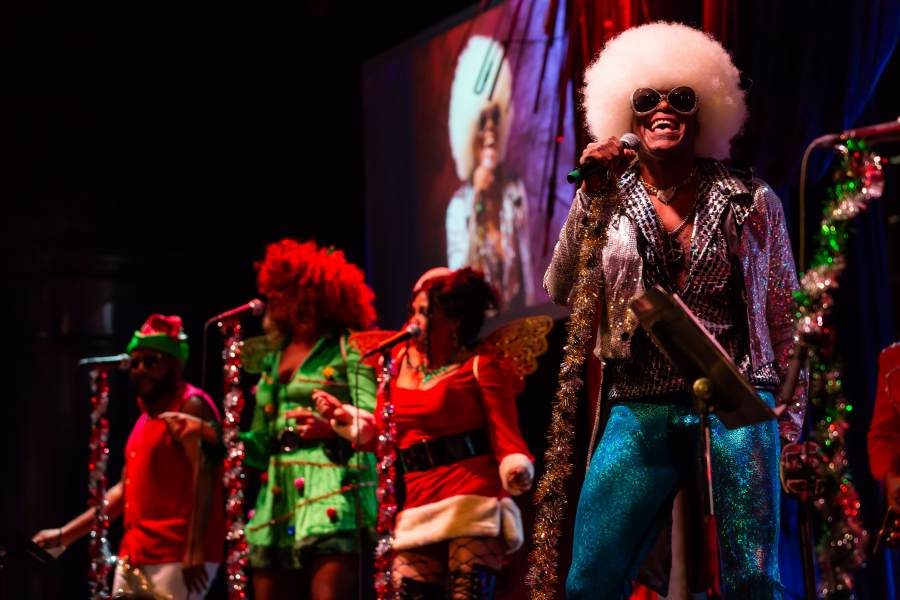 Musician, actor, and director Everett Bradley's holiday funk show, Holidelic, usually plays to packed houses in NYC, and had just established a new five-week run at the Lucille Lortel Theatre when the shutdown happened. Now, the event will be presented virtually under the direction of Michael Heitzman. Streamed from Bradley's home, where the musician will play Papdelic, Funk's Father Christmas, in a line-up of holiday-themed songs and special guests. Proceeds will benefit SAY (Stuttering Association for the Young).

Holidelic streams live on Facebook and YouTube December 17 at 8 pm EST. It will be available on demand through January 1, 2021. Learn more here. 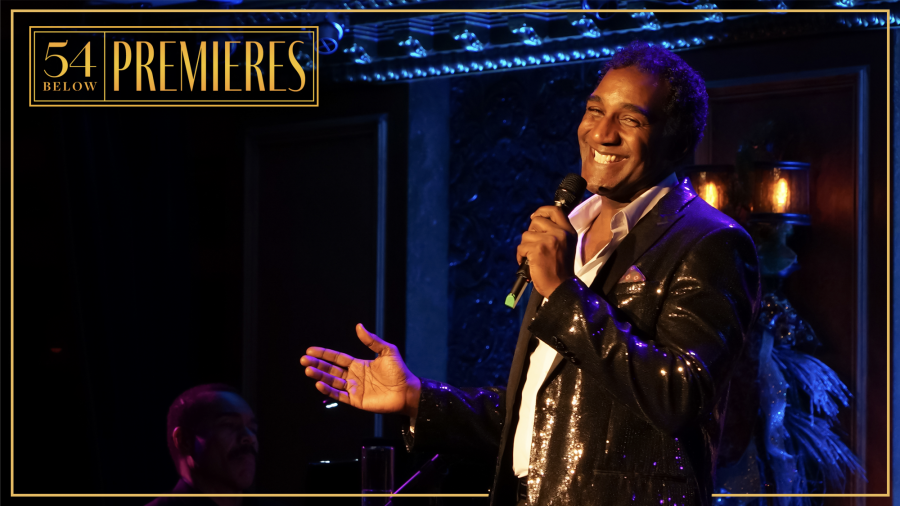 An international pandemic and theatre shutdown couldn't stop Broadway actor Norm Lewis from doing his annual holiday show at 54 Below. This year, the concert will be online, with Lewis performing songs old and new in celebration of Christmas. The show will also feature special guests like Sierra Boggess and Pastor Bobby Lewis.

54 Below Premieres: Norm Lewis streams on December 17 at 8 pm EST, and is available for on demand viewing until December 31. Purchase $25 tickets here. 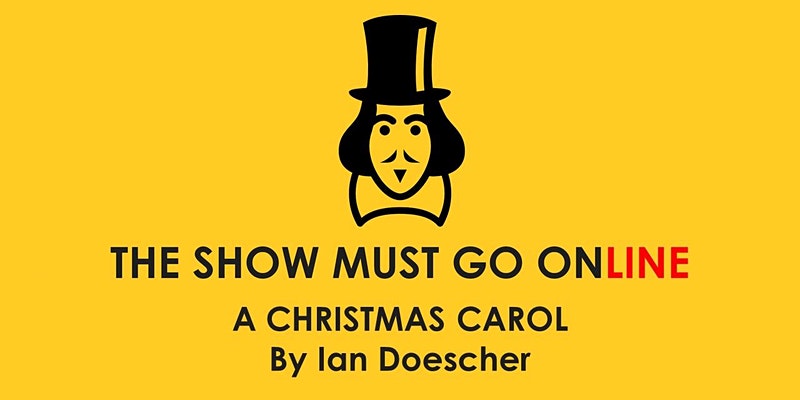 For months during the theatre shutdown, Rob Myles' The Show Must Go Online kept artists and audiences sane by presenting the complete plays of William Shakespeare in chronological order over Zoom. Now, with the first folio under their belt, they're presenting a Shakespeare-ified version of A Christmas Carol written by Ian Doescher (William Shakespeare's Star Wars).

You can watch the production live on December 19 at 2 pm EST. Tickets are by donation, with £15 recommended but a £5 minimum. Purchase tickets here.