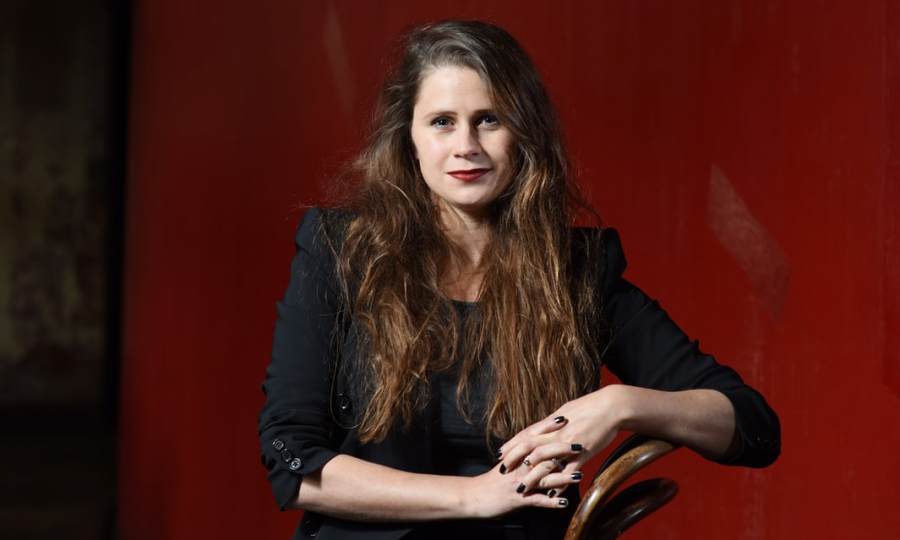 Playwright Lucy Kirkwood’s vivid, thought-provoking West End hit The Children has also made a big impact in New York. Now playing on Broadway at Manhattan Theatre Club with the original British cast of brilliant theater veterans that includes Francesca Annis, Ron Cook and Deborah Findlay, the play is deeply rooted in character and relationship, unfolds in layers and leads the audience to an unexpected riveting end. Back at home in England, now that the New York production of The Children has opened to rave reviews, Ms. Kirkwood graciously agreed to speak with me via phone; a brief yet rich conversation ensued.

What prompted you to write The Children? Was there a catalyst or an inspiration for this play?

I’d been trying to find a way to write about climate change for a very long time, struggling to find a form or a story or dramatic situation through which to talk about that. Then an event similar to the one depicted in the play happened in Fukushima in 2013. I found that to be a horrendous event, but when I heard that there was a retired nuclear task force going back to help clear it up, I found that sort of lit a little fire in my brain and that meant that the rest of the play came quite quickly after that.

The Children’s plot gradually unfurls, bit by bit and some have described the play as a slow burn. Did you approach the telling and crafting of The Children in a particular way? For example, was your writing process different for The Children than for some of your other plays?

It’s the first play I’ve written that is sort of Aristotelian, that means in a sense unity of time and place. A lot of my other work has a lot of time frames in them and [take place] in certain different locations. The characters [in The Children] travel a long way in about an hour and fifty minutes and so it was very important to me…I wanted them to do that realistically and at the speed that a human body moves, I suppose. They all decide to make some very momentous decisions in the course of the play. But it’s very important that you’re accurate and precise and that you take the time to watch people make those decisions, and I think look at the things they’re wrestling with. That’s what drama is…looking at human beings under pressure trying to do things that they find difficult. I’m a massive admirer of Kenneth Lonergan; he’s one of my favorite writers. His work is so much about people traveling a short distance with enormous effort. I think that’s what we’re watching on stage in The Children as well.

How did you become a playwright? What do you deem necessary in the education and development of a playwright?

I think you become a playwright by writing plays. And if you’re lucky enough to have them performed that’s…that’s the definition. I don’t personally believe there’s any other formal education necessary beyond that. I think you guys have a very different culture. There are less kind of playwriting courses over here although there are certainly more and more springing up. I think I’m of the school that you can certainly teach them to be a better writer, but you can’t teach them to be a writer in the first place.

Is the theater a great platform for social activism? What are the challenges in writing a play about an important social issue?

I think that any play that considers itself first and foremost social activism is probably going to be a really dreadful play. (Laughs) So I think I’m interested in writing about how I perceive the wider world around me and what we are being consumed with. What are we all spending our time and concerns with, what are we troubled by and wrestling with so that means that by definition those are social issues, aren’t they? Large social issues. But you have to be….some of my earlier work I look back on and find it far too didactic and far too overtly political in that way. I’m much more interested in how the stage is a metaphor. People are always asking me questions about nuclear power, private conversations about nuclear power. This play has nothing to do with nuclear power whatsoever…it is a larger metaphor for human intervention into the environment and what the consequences of that are and how we’re grappling with those consequences and our responsibility to those things. To me the most important element of any kind of theater is metaphor. So absolutely I think you can talk about large issues but unless you employ your craft, to make your play something other than a pamphlet, then it’s not going to be a particularly edifying theatrical experience.

I love that, pamphlet vs. play? That’s a wonderful comparison. You’ve worked as a teaching artist, teaching playwriting in prisons. Has this experience had any impact on your writing?

I’m hesitant to call myself a teaching artist. I really don’t feel qualified in that area. But you’re absolutely right; I have done some workshops in prisons. In a very short form way. I was resident writer with Clean Break [a theater company that works with women in the criminal justice system in and out of prison, doing both artistic and education work]. I have a long relationship with that company, really believe in what they’re doing and enjoy supporting them. I’m influenced I guess in that I wrote a play while I was there. Talking to women there, thinking about issues of women and the criminalization of women…so that’s certainly a very direct way it’s influenced me. Beyond that I am always interested in women in society and the ways in which economic and culture factors impact on their lives. Prison gives a particular insight into that, a very sharp end into the way women are treated throughout society. But I want to be clear; being a teaching artist is such an incredible profession, that I’m wary of claiming those laurels…good teachers are some of the people I admire the most.

If you could invite a playwright or theater artist who has passed on over for dinner, who would you invite and what would you talk about?

Oh gosh, that’s a good question. I’d be very interested to meet Ruth Gordon, an actress you’re probably familiar with…Harold and Maude. But she was also a playwright, she was a writer in a very exciting part of the twentieth century. I suspect her life intersected with a lot of very interesting people. And also she strikes me as being kind of blast! I read her autobiography recently and I thought, “That’s a dame I’d like to hang out with!” So I’ll invite Ruth Gordon, if that’s all right.

Lucy Kirkwood’s award-winning play The Children, a disturbing tale about nuclear power that mirrors real events, is troubling from the onset. The frame around the stage is tilted and Rose, the lone character standing mid-stage, has blood streaming from her nose onto her shirt. Hazel (Deborah Findlay), taken by surprise at her presence, has struck her inadvertently. After years of absence, Rose (Francesca Annis) unexpectedly comes to visit two of her former colleagues, married physicists Hazel and Robin (Ron Cook). For the first half of the nearly two-hour drama, the women catch up, giving the audience background. Rose is childless and single and has spent time in America. She knows about Hazel’s first child, Lauren, but not that Hazel and Robin had three other children. Now retired, Hazel and Robin stayed near the power plant where they all worked. In addition to their home, they bought cows and had a small farm. Then came the “accident,” which Hazel recounts in detail. She was at home when the shaking began and dishes began to break. When she ran from the house, she saw that the road had cracked down the middle. She walked down to the sea to get better cell service and saw that “i …Read more