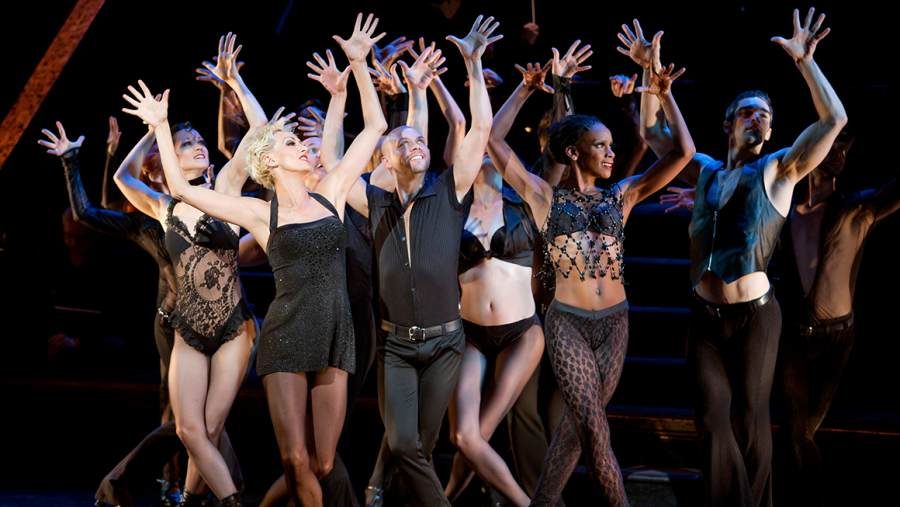 With a 21-year run and counting, Chicago is the longest-running American musical on Broadway (Phantom is British, if you're wondering). At BroadwayCon 2018, Chicago debuted a new music video for the famous number "All That Jazz." In fact, it's the show's first ever music video. During the Show Spotlight on Chicago at BroadwayCon, we heard from actress Kandi Burruss, making her Broadway debut as Mama in Chicago; veteran Chicago actor Joel Grey (who played Amos Hart in the original revival cast); Bebe Neuwirth, the only actress who's starred in Chicago as Velma, Roxie, and Mama; and the Chicago revival costume designer William Ivey Long. Here are some of the topics they covered: 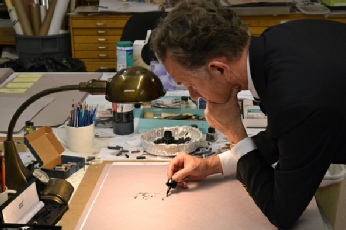 Of course, it wouldn't be a Chicago spotlight without any costume-talk, especially since renowned costume designer William Ivey Long was in attendance. He confessed that when they were preparing for the revival of Chicago in 1996, he had "$1000 and a pair of scissors" to put toward costume design. Most of the cast ended up bringing their own costumes, with the men in tuxedos and the women in evening gowns. However, eventually Long and the rest of the creative team decided to dispense with the formal wear in favor of - underwear. And thus Chicago's trademark style was born.

Since the costumes were all handmade at home, the big costume shops picketed the show's opening. Long said he remembers this event very clearly because the picket signs were fluorescent orange - a color he can't stand.

When the show went on tour, Long went for a new look with the costumes. But the audience, who'd apparently been expecting the sexy underwear look, was disappointed. So Long reverted back to the original look.

Since then, the costumes have remained pretty consistent. Long says he'll occasionally make a new piece for a new cast member. And every so often, he designs a new costume for the actress playing Roxie, but uses the same fabric. For example, when Robin Givens became the first African American to play Roxie, Long knew he had to design a new costume that would look good against her skin.

Perhaps the most interesting tidbit Long revealed was his subtle tribute to Chicago book writer and director Bob Fosse. Apparently there's one costume piece that Long reserves for a cast member who embodies the spirit of Bob Fosse. There isn't one in every cast, and Long said no one in the current Broadway cast is wearing it.

Being a part of the show

Joel Grey still remembers the opening night for the revival back in 1996. He said that after the opening number, the audience just wouldn't stop applauding. The same thing happened after the second number, and the third, and so on. He joked that they'd never be able to get through the play if this kept up.

Bebe Neuwirth remembers how the first preview performance was delayed due to a bomb threat. She and the rest of the cast were standing outside in their tiny black costumes, in the cold. So what did they do? They snuck around to the Imperial Theatre and hung out with the Les Miserables cast.

She also talked about how the revival show was a first in that it did away with the trend of putting everything out on stage. In contrast, Chicago stripped everything away so there was no barrier between the audience and cast. Similarly, Long explained that the Chicago revival started out as a glorified stage reading. No one had any costume changes except for Roxie.

Kandi Burruss talked about the challenges of coming into a show, though she said the cast has made her feel welcome. She only got five days of rehearsal with the cast before jumping in, and only one day with the current Velma and Roxie actresses. Hopefully that's enough time to pick up "all that jazz."

In Manhattan at Chicago