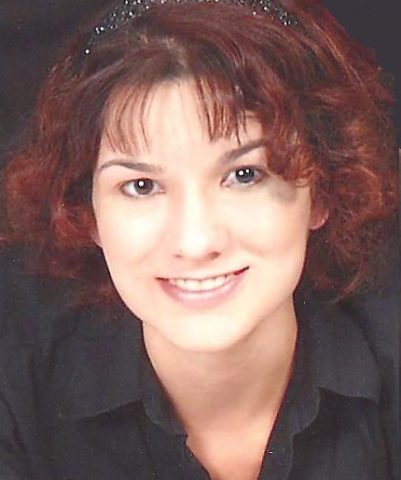 The 2017 New York Musical Festival, which runs July 10 through August 6, will bring audiences four full weeks of new musicals, concerts, readings, and panel discussions. We spoke with Jami-Leigh Bartschi about her musical My Dear Watson.

I'm not sure that there was a specific musical that made me want to write one.  Actually, I wasn't even working on a show at the time. But I've always loved musical theater and Sherlock Holmes, and it was really the love of both that gave birth to this idea.

The Jeremy Brett series from the 1980s is absolutely the most accurate Sherlock Holmes adaptation ever made. Oddly enough, The Great Mouse Detective is also a really outstanding interpretation of the stories.  The BBC's Sherlock is also a really clever and creatively accurate interpretation, especially in the earlier seasons. It's difficult to choose a favorite Sherlock Holmes story.  "The Final Problem" is definitely a favorite. I also love "Charles Augustus Milverton" and "The Second Stain." A Study in Scarlet is my favorite of the novels. 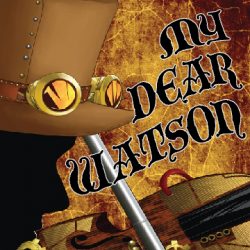 It is a sensational opportunity to bring this show to a New York audience.  It opens so many doors for this show, not to mention it's every playwright's dream to produce their show in New York!

I'm ready to ride this wave to wherever it takes me. A few troupes have expressed interest in licensing the show for performance, but I'm open to any and all opportunities for it. When I first wrote it, I wasn't sure that anyone would ever even see it, and every time the lights come up on the final performance of a run, I think, "Is this the last time an audience will ever see it?" I just hope the answer is no.

My Dear Watson (at the Peter Jay Sharp Theater for NYMF) is not exactly a new take on the story of Sherlock Holmes. In fact, it doesn’t take a consulting detective to predict most of the musical’s events just before they occur – simply because most of us have seen this story play out before. So you’ll know that when John Watson tells Lestrade he needs a place to live, Lestrade will introduce him to Sherlock Holmes. Then, when Watson and Holmes meet, you know that Holmes will amaze Watson with his deduction skills, that they’ll move into Baker Street, etc. You probably know what’s going to happen in the end when Holmes and Moriarty face off at the Reichenbach Falls. And you’re going to be skeptical down to the last minute about whether or not Sherlock Holmes is in fact gone for good. Despite all of that, we keep making and watching movies, TV shows, and plays about Sherlock Holmes, so in the end, it would seem that the element of surprise is not all that essential. Maybe it’s not so much the plot as it is the characters that attract us to Conan Doyle’s story, and all its various reincarnations: Sherlock Holmes and John Watson – the enduring duo that never fails to amuse, delight, an …Read more