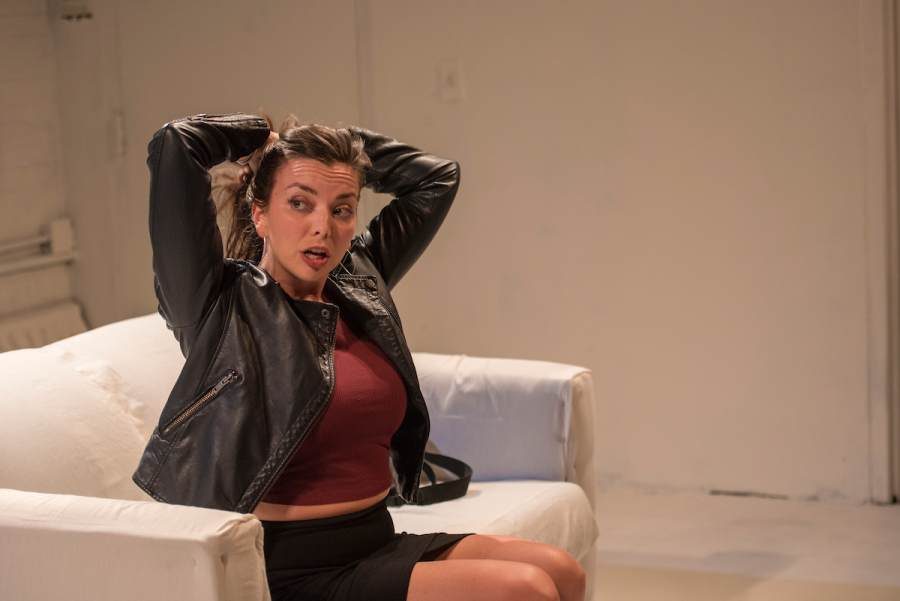 West of 10th’s production of Lia Romeo’s American Dreamers, a fast-paced play about after college. It’s a good choice if you want to see an honest portrait of what life is like after college between roomates, friends, and people we date through it all.

The play is about Becca Barrington, who is deciding what to do with her life after being handed her student loans. She also has friends and those helping her: her hookup Trevor, her roomate Mallory, an escort service recruiter Alicia and her high school teacher John. The play has some funny scenes that one can relate to in a difficult world.

A great performance by Chalfie as the main character.

Christopher plays a thoughtful guy who plays a date for Becca.

A great performance by Sue Kim who steals some laughs during the show.

A great actress who steals the show a few times with a great performance.

Success happens when Timothy Mullins acts in this production.

The play succeeds in showing struggle for money and success for young people in America.

I highly recommend seeing it with your friends because the acting was exceptional.

Through August 18th at the WorkShop Theater.

In Manhattan at The Workshop Theatre Jewel Box Stage

Review of ‘Marlowe’s Fate’
Review of ‘The Dream of the Rood’
Review: Hanjo
Review: Dog Sees God: Confessions of a Teenage Blo...