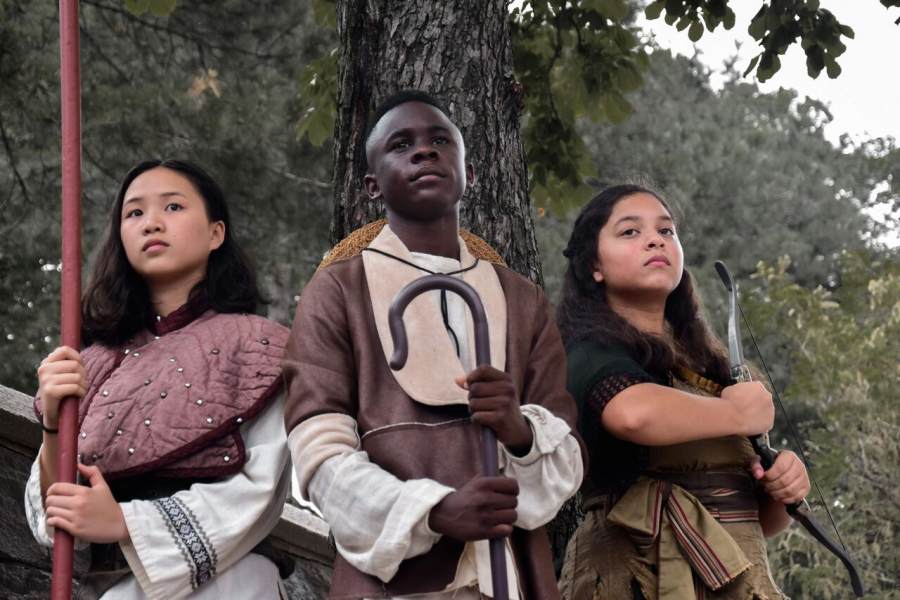 Presented by Brooklyn Opera Works at the Brooklyn School of Music as part of the Summer Vocal Arts series, this modern opera based on the myth of Echo and Narcissus is timeless story about love and death. Written by the 34-year-old Pulitzer Prize finalist Christopher Cerrone and Tony Asaro, it is BOW's first presentation of an opera by a living composer.

Two woman argue over a bag with an arrow in it, and we hear about what they are living through during their argument. One woman says, "give the bag to me" and "for a man a woman will do things she most despises." The other woman says, "a woman is nothing, inconsequential" and "take this arrow pierce his chest, then pierce mine, my eyes possessed." A third performer, a man, further illuminates the play.

In the heart of this love story, themes of power play, manipulation and yearning are explored and exploited. Venus’s reluctance to surrender, coupled with Adonis’s innocence, leads to both a tragic accident and poignant transcendence.

John Blow’s reinterpretation of the myth features sensual English baroque music and scenes of love, desire and playful pageantry of cupids. Controversially categorized by some scholars as first English baroque opera, this piece inspired such legendary later works as Purcell’s Dido and Aeneas.

The production is set in the court of Charles ll where the aristocrats take on the epic roles, thus reenacting the story within a story. The voyeuristic aspect highlights the mortal interest in the movements of the gods. Featuring extravagant costumes of the Restoration era by Deborah Wright Houston and stage direction and choreography by Marie Zvosec, the production will showcase the talented emerging artists of Brooklyn Opera Works.

A terrific and powerful performance as Hera.

A superior performance in a modern opera.

A performance with an honest appeal.

The play had complex insight of a woman between two opera performers. One woman says that a woman is nothing, inconsequential... further posing that a murder/suicide is the answer for her.

Composed by the Pulitzer Prize finalist Christopher Cerrone, All Wounds Bleed is a one-act chamber opera that tackles themes of individual strife as seen through the lens of the myth of Echo and Narcissus. Mr. Cerrone and Tony Asaro, who wrote the libretto, invite us into the inner world of each figure of this striking trio. Three scenes confront listeners with a timely theme of isolation, and the emotional neglect that can lead to loneliness. A contemporary take on a classic myth, All Wounds Bleed marks BOW’s first foray into presenting new opera by a living composer.