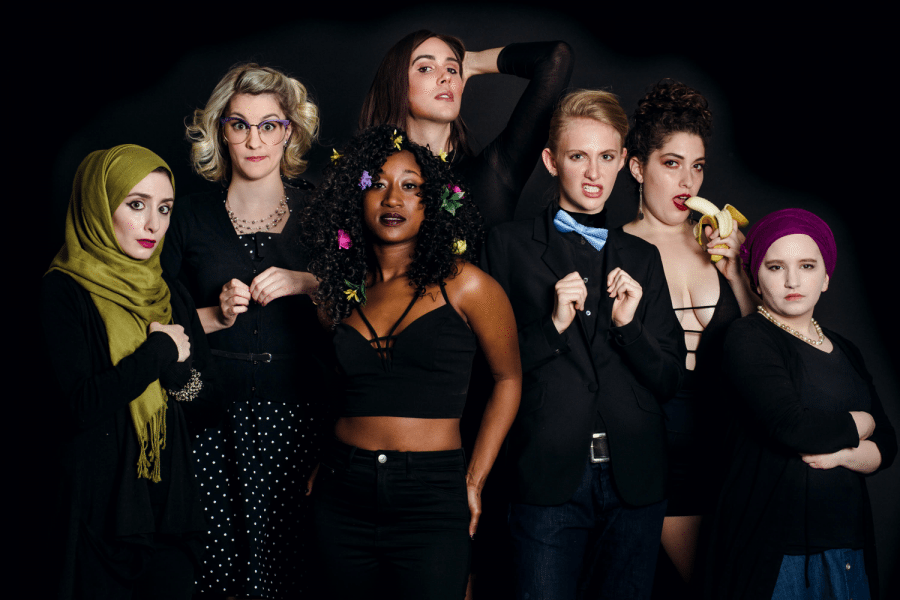 Cagebirds, the David Campton play written in 1972, is as auspicious today as it ever was. Six women, representing as many walks of life as the subway platform at the Hoyt-Schermerhorn station, are in a locked room together, each absorbed in her own peculiar characteristics. A new woman called the Wild One is thrown in with them and she tries to rally everyone to join forces and break out.

They are locked up by other women, which I found appropriate instead of ironic. Haters be hatin'.

In this production by the young company THML, the cast are all in the beginnings of their careers, many in their NYC debut, and do a good job conveying their individual characters. Danni Vitorino stood out as the Gazer, a languid transwoman who is phenomenal in voice, gesture and expression. Other notables were Eve Kummer-Landau as the Gossip and Rebecca Rapport-Cole as the Twitting. Their portrayals were clear, expressive and engaging.

The set makes good use of the small space and I liked the newspapers spread across the floor like the typical parakeet's cage. Nice touch.

THML also donates 15% of each ticket sold to Let My People Go, The Arab American Association of New York, the New York Anti-Violence Project, and the National Organization for Victim Assistance (NOVA), with whom founder and artistic director Kayla Friend has personally devoted her time and energy over the last few years.