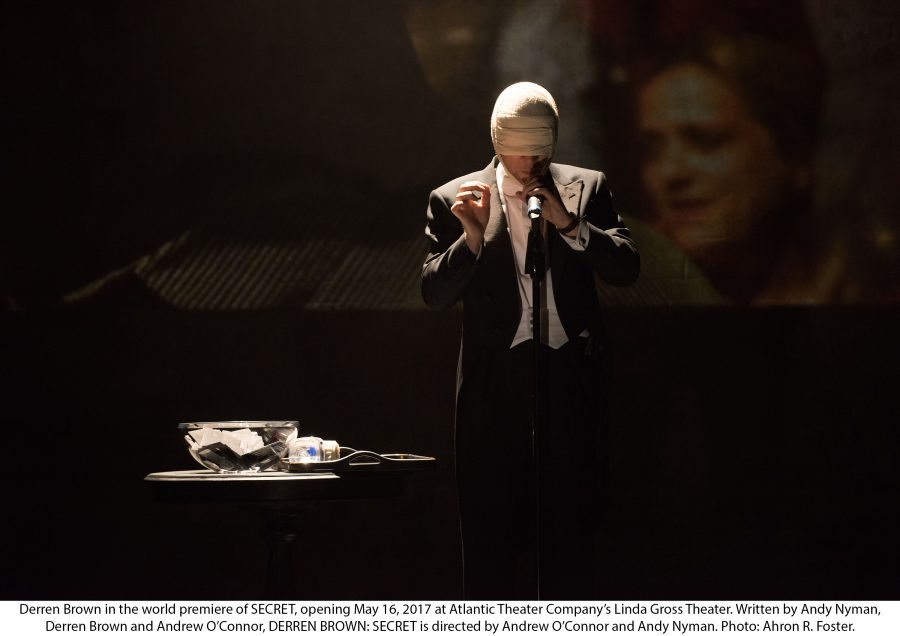 In the dictionary the primary definition of magic concerns the use of supernatural powers to control natural forces. For semantical argument and poetic justification, I have often personally harbored an alternate definition for magic: magic is the hyper-harmonization with natural forces so that supernatural powers appear evident. Presiding over the controlled environment of the theatre (or any other he chooses to orchestrate) Brown and the environment he has created are indeed hyper-harmonized with human nature and enigmatic psychological forces. This is his magic.

His art arises from the supposition that even if (this is doubtful) you might be able to explain how he does what he does, it would still be a sheer delight to watch Derren Brown at his tricks; kind of like you might be able to articulate how Jimi Hendrix played the guitar, but that in no degree degrades the experience of hearing his instrumental wizardry.

Along with those other opening statements at the top of the show, Brown also requests a pact with his audience that they do not divulge the details of what they are about to see—as if it wouldn’t feel somehow implicitly dishonorable to do so anyway—so the mysteries and surprises of Secret will not be leaked here. But it is high time that America has the pleasure of making an acquaintance of Derren Brown. With a slew of television specials and series (cue YouTube binge), stage shows, and books, Brown has been a household name in the U.K. for the last fifteen years or so, and Secret, at the Atlantic Theater Company, marks his theatrical debut in the States. Co-written and directed by Andy Nyman and Andrew O’Connor, Secret is an intoxicating dream, a riddle, a game that makes one feel as if he’s stepped through the looking glass and taken on a trip for a couple of hours through a dizzying hall of wonders. Funny, bewildering, almost frightening, and even sometimes poignant, Brown redesigns what one should expect from a magic show.

With a casual, funny, and unassuming surface that conceals a bewildering depth of complexity and unaccountable skill he charms his audience down a mesmerizing road that is punctuated with exclamatory holes and doorways that remind us in turn of the richness of the labyrinthine vault of people. Everything around us and everything we do signifies something; everything around us and everything we do speaks in one language or another. Indeed, one of the most special qualities in Brown is that he instills the feeling in his participants (I can speak firsthand as one of those pulled up on stage) that even as they are being duped and manipulated, they are the true source of the spells he weaves. There is a feeling of being stretched in this process, of being turned inside out, of being made into a map and the landscape for which that map is a key all at once. There is something extraordinarily rejuvenating in this.

The crew of Secret colludes to create an atmosphere similar to the figure of the performer: a deceptively simple design is infused with tall impressionistic Victorian shadows and sensory alterations that swathe the audience almost subliminally and add to the generally indescribable effect.

In short, Secret right now is undoubtedly one of the coolest things to be seen on the stages of New York City and it will have you looking at the world with fresh eyes after.