It's been 42 years since the musical adaptation of A Raisin in the Sun was last produced in New York City, so here's 42 reasons why the Astoria Performing Arts Center revival is essential. 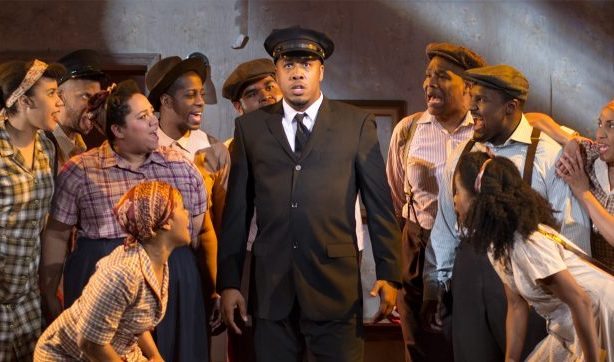 In 1974, Raisin, the musical version of Lorraine Hansberry’s famous A Raisin in the Sun, won the Tony Award for Best Musical and Best Actress in a Musical for Virginia Capers. After an almost three year run on Broadway, the musical closed and was mysteriously never produced in New York again until the exemplary production currently at the Astoria Performing Arts Center. To commemorate the four decades it’s been gone from NY stages, and perhaps even slightly shame producers who have no problem reviving less exciting works every other year, here are 42 reasons why this production needs to be seen:

Review: Cady Huffman soars in the NY Premiere of &...
Review: APAC’s ‘Caroline, or Change...
Review: ‘Chess’ is a Muddled Musical f...
Review of ‘The Whimsical World of Sherlock H...