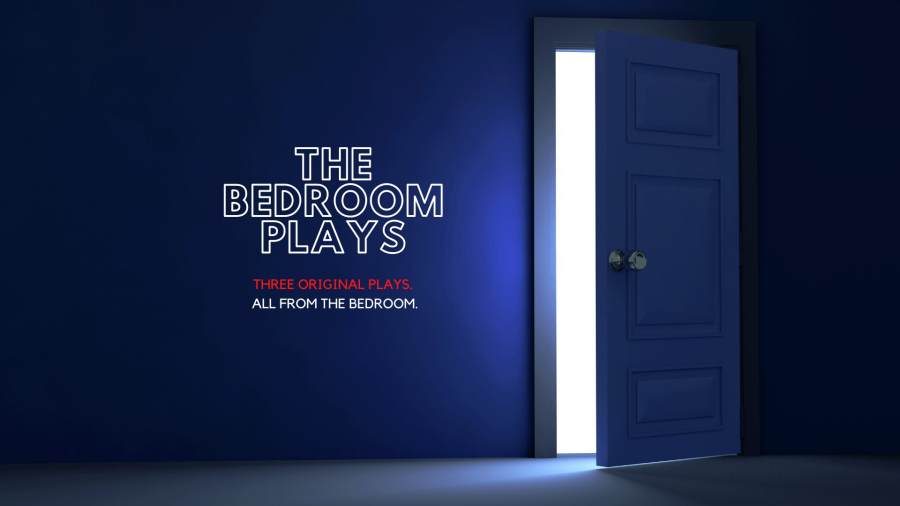 A cynical loner meets her match. A young couple discovers a dangerous artifact. An eccentric bride tries to pick up the pieces of her life.And it's all on Zoom.

Eden Theater Company's new series The Room Plays presents original, 10-minute pieces written during and about self-isolation, live-streamed from the theater company's Facebook page. Three different installments will be performed on June 9, July 9, and August 6. And this first installment, The Bedroom Plays, is certainly promising.

With all the Zoom theatre going on right now (FOMO, anyone?), it's difficult for one independent theater company to stand out. But luckily, this company has assembled a great cast and an intriguing line-up of stories that make The Bedroom Plays enjoyable and even thought-provoking.

In Jake Brasch's The Man in the Fuchsia Mask (directed by Jordan Gemaehlich), an embittered New Yorker (Audrey Rapoport) shouts at people through her bedroom window, complains about potato chips that taste like feet, and guzzles alcohol in an attempt to beat isolation-induced depression. And she wonders: when you're a cynical loner in a world suddenly forced into self-isolation, how do you stand out? A stranger in a fuchsia face mask may have the answer...or he may not.

While Audrey Rapoport's sour expression and biting critiques won a few laughs from me (especially during the potato chip scene), the writing and presentation jarred me a bit. Nevertheless, the character-writing was strong, and the short did have its moments.By contrast, I found Cassandra Paras' Daeva (directed by Byron Anthony), riveting and fun. What starts as a normal video chat between a husband (Matt Pilcie) and his expecting wife (Cassandra Paras) quickly turns sinister when she reveals a mysterious sealed box she found in the closet. Good presentation and a twist ending made for a delightfully chilling performance.

Finally, Tracy Carns' In a Bubble, With Only You (directed by Diane Davis) is an intriguing story about a pair of newly weds who separate after an incendiary wedding night. (The bride sets fire to their bed.) On the morning after, the groom (Robbie Gemaehlich) is understandably bitter and the bride (Simone Grossman) isn't sure what she wants. As a literati, I enjoyed the classic lit undertones (Moby Dick, Jane Eyre and/or Great Expectations?). Add honest, compelling acting and spot-on direction to an already intriguing premise, and it's hard to go wrong.

With the next installment of The Room Plays coming July 9, it will be fun to watch this project evolve as Eden Theater Company discovers what works and doesn't work in a Zoom performance. Building on an already solid foundation, they're sure to do great things.

More about Eden Theater and their work at: edentheater.org

Review: The Bathroom Plays show the many sides of ...
Review: World Premiere of Québecoise play ‘A...
Review: The Pumpkin Pie Show returns with four sin...
‘Andromeda’s Sisters’ speaks up ...