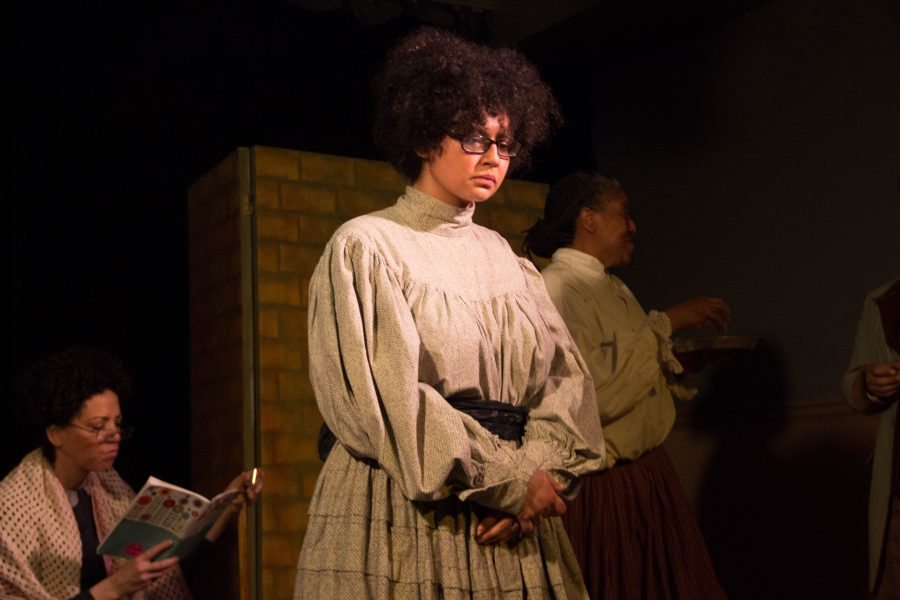 Uncle Abram: A Reconstructed Uncle Vanya could just as easily have been named "Uncle Vanya Gets Woke".

Set on a plantation in south-central Missouri, this adaptation by Ryan Victor "Little Eagle" Pierce visits the residents in the Reconstruction period after the end of the Civil War in 1865.

Also on the estate lives Jean "Red Dog" Vieux (Abby Ybarra), a Native American man whose family lived on the land til white settlers took it from them and then used slave labor from the African-Americans to work the land for their own profit.

The next-door neighbor is Dr. Joseph "Red Elk" Hamilton (Kahlil Garcia), whose way of flirting with Hannah is to invite her and Esther to see his 80 acres of trees. That is not a euphemism for anything: he really loves forests and nature, and at one point illustrates to Hannah the decimation of otter and deer in their district. Apparently, that was a date back then.

Hannah is married to the gout-ridden Prof Callahan, and considered by all to be idle in a way that infects everyone around her. And idle hands are the devil's playthings.

Both Uncle Abram and Dr. Hamilton are in love with Hannah, and Esther is in love with Dr. Hamilton. Uncle Abram, age 47, laments that his formative years were spent during the time of slavery, and he fears that he is now too old to take life's chances.

The production is fascinating, seeing racial and social themes that are still with us today through the eyes of those in the first years of living together ostensibly as equals.

The costumes by Li Murillo are spot-on, evoking the time period very well. The set design by Mitch Ost is very well-done. It is a small stage but it never looked crowded, even when all of the cast was present in a scene.

Chekov would have liked it.