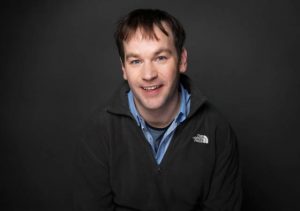 I was a bit too young in the mid- to late-1960s to have attended a “happening.” But Nassim Soleimanpour’s White Rabbit Red Rabbit, performed Monday nights at Manhattan’s Westside Theatre, is much like what I’ve imagined such attention-grabbing events were like.

At the top of the show, an actor arrives onstage and is handed an envelope containing a script, which he or she has not previously seen. What follows is a “cold read” the likes of which you’ve never experienced. The script, while containing some explicit instructions about what will occur, allows for playful improvisation both from the actor and from audience members. A thoroughly self-referential work, White Rabbit Red Rabbit raises questions about the points at which art and life may converge and separate. Mulling over the play’s thematic elements reminded me of late nights debating such essential questions with college dorm-mates in the wee hours of the night.

But there is a darker dimension to this drama. The playwright is a young Iranian who lacks the freedom to debate any such questions openly—lacks the ability, in fact, to live and to write without being censored (or worse). Aside from all the play’s fun and games (some of which are about as silly as a round of charades played by hyperactive middle-schoolers), Soleimanpour raises issues about free will, obedience to authority, and the shifting balance between power and powerlessness that can happen when an artist muzzled by a repressive culture dares to make his or her voice heard. (A portion of the show’s box-office receipts goes to PEN International, which supports freedom of expression worldwide.) 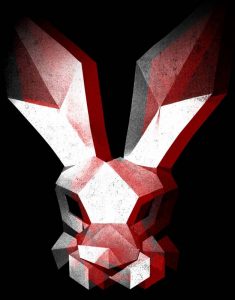 Whether or not you’ll enjoy this play depends largely on your enthusiasm for allowing your mind to take a turn toward paranoia. Soleimanpour’s words lead viewers down some unlit alleys that are probably not, in fact, particularly dangerous—until you consider that the playwright himself moves through such treacherous passages on a daily basis. It’s possible to laugh the whole thing off as a theatrical mind game, but I found with surprise that my pulse quickened at certain moments during the 75-minute performance.

A different performer, of course, enacts the role of the actor each night that White Rabbit Red Rabbit is staged. Among those who have taken or will take part at the Westside are Whoopi Goldberg, Nathan Lane, Kyra Sedgwick, and David Hyde Pierce. On the night I saw the show, the highly likable comedian and actor Mike Birbiglia starred. He had the improvisatory skills to size up the script for what it is and to run with it, maneuvering around a variety of stumbling blocks. When one seemingly simple exercise involving the audience threatened to fall apart, Birbiglia quipped: “If this play is about the failure of humanity, we’re off to a good start.”

Birbiglia also, at one point, called public radio’s Ira Glass to the stage for some audience participation. If I take nothing else away from White Rabbit Red Rabbit, I’ll always have the image of Mr. Glass gnashing his bunny teeth and clamoring after a plastic water bottle representing a carrot.