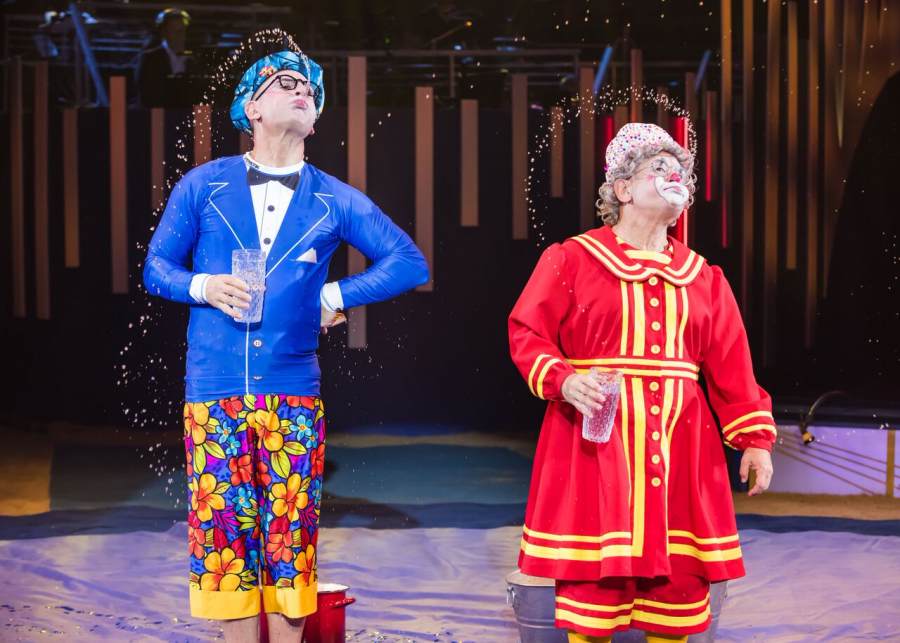 The Big Apple Circus has been thrilling audiences for four decades and this, their 40th anniversary season, is no exception. Under the grand but intimate big top at Lincoln Center, magic unfolds in the form of world-class performers, laughs are had by kids and adults alike, and the art of the circus proves its staying power.

Directed by Mark Lonergan, The Big Apple Circus is a circus for the new generation, one with a social conscience, a strict no-wild-animals policy, and endlessly enthralling acts. Ringmaster Tyron McFarlan joyfully heralds in each performer as clowns Joel Jeske and Grandma (Barry Lubin) continuously entertain and keep the audience in stitches.

First up is Jan Damm with his unique Rola Bola balancing act with boards and pails. Just when you think he can’t possibly balance on anything else, his assistant adds another. Next is the amazing contortionist Elayne Kramer, who finishes her act by popping a balloon with a bow and arrow she operates with her feet, all while holding herself up by her arms as her body curves over itself.

Animal trainer Jenny Vidbel performs a fun horse and pony show with sixteen gorgeous beasts, as well as some really cute dogs who liven up the show. Next up is impressively speedy juggler Gamal Garcia Tuniziani, also a member of The Flying Tunizianis, a family flying trapeze act. It’s hard to top a quadruple somersault performed at dazzling heights, so they close the first act. 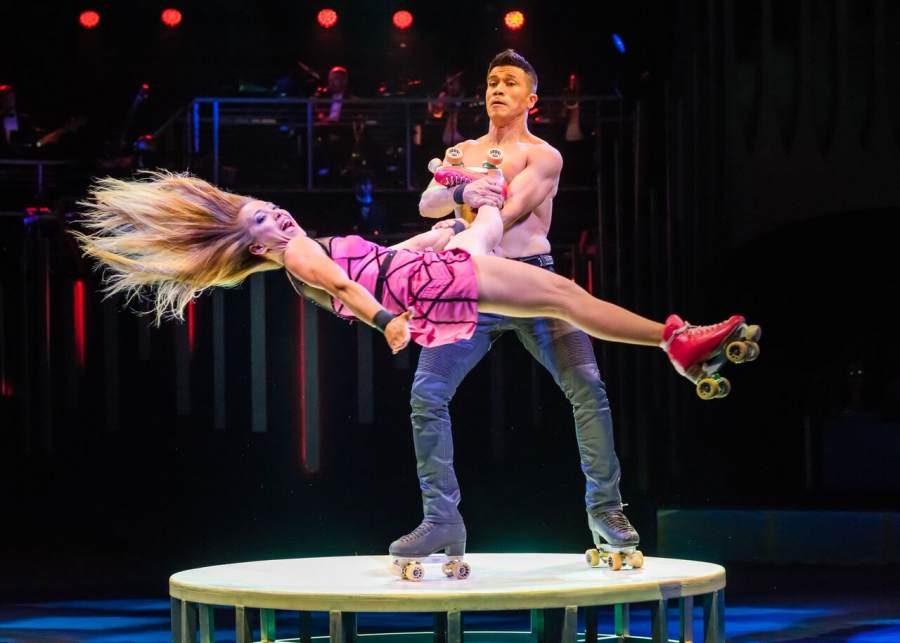 After a hilarious rendition of Beyoncé’s “Single Ladies (Put a Ring on It)” performed by Grandma the Clown, rollerskating act Dandino & Luciana come out and perform their exhilarating skate/dance routine on a tiny rink about six feet in diameter.

Icarian acrobats The Anastasini Brothers are truly a delight to watch. Icarian consists of one acrobat flipping over and over with the help of the momentum of his partner’s legs. Their seamless performance is mind-boggling.

Closing out the night is Nik Wallenda and the Fabulous Wallendas, who perform their world-famous high wire act, including a breathtaking seven-person pyramid that is truly astonishing.

Of particular note in The Big Apple Circus is how many family acts there are. There are those that consist of brothers, spouses, and children of circus performers that go back several generations. It just goes to show how much joy the circus brings into the lives of audiences and performers alike, that they are committed to keeping the traditions alive. The Big Apple Circus is a testament to the beauty of the circus arts.

What’s a circus without the clowns? Clowns fill the ring with their quirky energy and humorous antics. In the case of the new Big Apple Circus show, there wouldn’t even be a circus without one particular clown: Joel Jeske. Jeske created and wrote the show, and also performs in it as a clown along with fellow Parallel Exit member Brent McBeth. I spoke with Jeske about his inspiration for the show and its theme, The Grand Tour, his comedy “diet,” and a certain arachnid who loves the holidays. Watching the Big Apple Circus last week was so much fun, I was immediately taken back to my childhood, when I would go to the circus with my family. The two clowns, you and Brent McBeth of Parallel Exit], however, don’t look anything like the clowns of my childhood, with the big red noses and those large colorful wigs. How do you modernize the art of clown for this generation of kids? Specifically, with Big Apple Circus, how the clown looks is always a question of size. In other words, the farther away, in terms of the circus, you are from the performance, the broader a clown’s costume needs to look. So when you go to big spectacles like a three-ring circus, that’s why you’ll see clowns in outra …Read more