March 23, 2018
Film
France
Christian Duguay
Dorian Le Clech
Elsa Zylberstein
Patrick Bruel
Interview: The Star, and Director, of WWII Drama ‘A Bag of Marbles’ on the Importance of Keeping the Memory of the Holocaust Alive 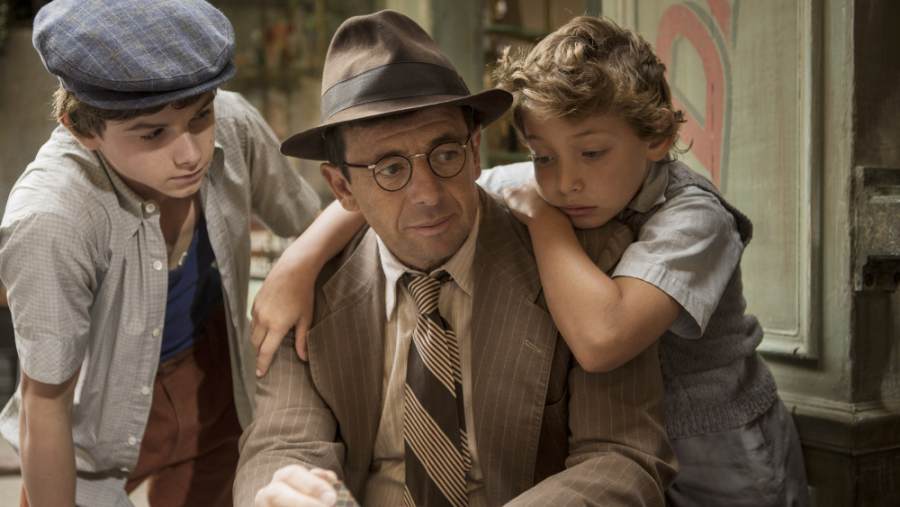 In A Bag of Marbles two young brothers must flee their parents’ home in occupied France, to find safety in the free zone. Having never left their home alone before, they endure hardships and meet an assortment of characters along the way, all while maintaining their Jewish identity a secret. Based on the autobiographical novel by Joseph Joffo, A Bag of Marbles, is a moving, but unsentimental, drama directed by Christian Duguay. It stars acclaimed French actor Patrick Bruel as Roman, the boys’ father and a successful barbershop owner whose life is turned upside down with the arrival of Nazis. We sat down with Duguay and Bruel to talk about the themes in the film, and how being parents affected their work in A Bag of Marbles.

Most family films tend to speak down to children, yours doesn’t. Why was this important?

Christian Duguay: When I read the book it really resonated with me, I did a miniseries for CBS about the rise of Hitler, so from the start I was immersed into really understanding the movement of the time. Evil only flourishes when good men do nothing, but seeing this through the eyes of a child was different, being able to stay above the water and not suffocate, but create awareness of what happened was important. And why modern audiences should remember what happens when people let movements like the Nazi get to power. Writing the adaptation I had Patrick in mind, what he conveys in the audience is the idea of the patriarch and the anchor, and it was important for me to also show the importance of the family nucleus.

Patrick Bruel: The point of view was so important, a child’s perspective on this subject is rather unusual, so that’s why I became so attached to this project. The movie is light, but it also makes you sad, it gives you strength. 70 years later it seems the memory is fading, so we have to remind audiences of what happened. The timing is so strong too, we shot this in 2015, we were shooting some of the most important scenes between November 16-22, and on the 13th we had the terrorist attacks in Paris. I was a petrified father that night, I had to explain to my children what was happening, and two days later I was in Prague on set explaining to my two children in the movie what was happening. I even used the same words “if someone comes to you with a gun, don’t tell them you’re Jewish.”

That’s horrifying, do you ever feel like if you put your fears in your work, you won’t have to deal with them in life?

Christian Duguay: We’re always a victim of our fears, if we can convey them and have people understand them, maybe we can help them protect themselves from their fears. 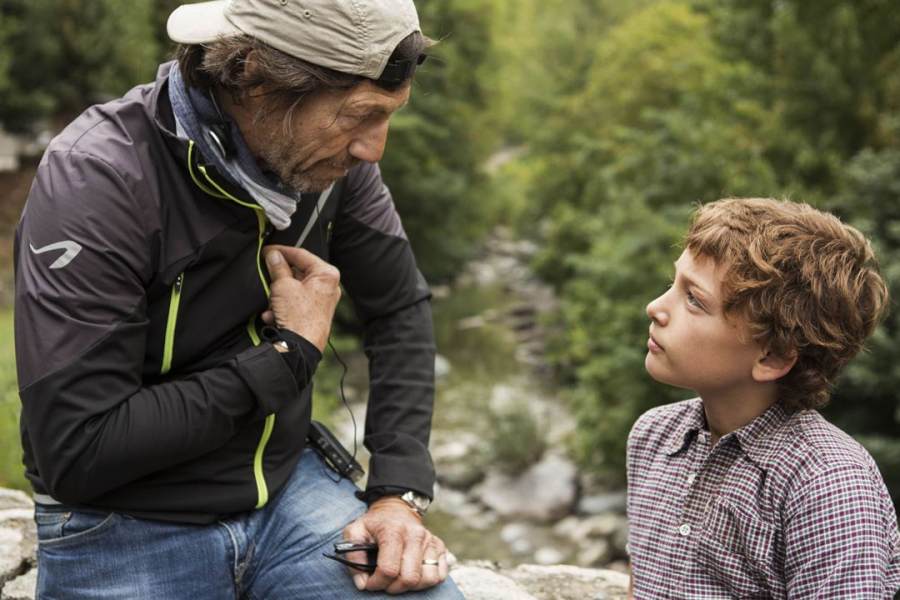 What was the process of working with the child actors? Did you have a lot of rehearsal time?

Patrick Bruel: I would love to say yes, but that wasn’t the case. However Dorian Le Clech was maybe one of the finest actors I’ve worked with. He’d come, do his take, it would be great, and I thought he wouldn’t be able to do another one, but we ask for a second take and he’s perfect. Tears during the take, all smiles during break. A true actor.

Christian Duguay: We prepared them to understand the context, to have it within them, we didn’t want them to overwork it, rather they lived the scene. Once we were in that zone of authenticity everything was real, for the actors, for the crew, for everyone.

It was so heartbreaking to see children having to keep their identities a secret, growing up did you have any secrets you kept that felt overwhelming?

Patrick Bruel: Don’t you get that feeling crossing the border into the States? I feel like I’m guilty when people know I’m not from the United States, it’s an ominous power. The kids in the film go through anti-semitism and in 1941 they had to be branded and excluded.

What was the equivalent of your bag of marbles growing up? Something you treasured more than anything?

Patrick Bruel: I had marbles, they drew my mother crazy. I also had miniature soccer players I played with all the time.

Christian Duguay: My kids are my bags of marbles now.

Christian, you’ve done so many period pieces, I wonder if having daughters inspired you to make films about incredible women like Coco Chanel and Joan of Arc?

Christian Duguay: Yes and no, I do eclectic projects. I went from Joan of Arc to Hitler to human trafficking, and they all had its own rewards. The human trafficking project warned people about something they weren’t familiar with.

At some point kids watching A Bag of Marbles will probably show it to their own kids. What were some of the movies you couldn’t wait to show your kids once you became parents?

Christian Duguay: One that touched me enormously and I’ve watched like 20 times is The Sound of Music.

Patrick Bruel: I wanted to have kids to show them two movies: E.T.: the Extra-Terrestrial and The Godfather. Last month I told my kids, “you’re 12 and 14, it’s time to see The Godfather.”

Patrick Bruel: There is no 4, maybe I should make that one. So I told them we’d watch the first one, then have pasta, and then watch part two. It was one of the best moments of my life. The third part is interesting too, when it was released I was disappointed, but now I think it’s very good, it has so many things to say. I love watching movies with my kids, when my son Oscar was 10, I showed him Good Will Hunting, The King’s Speech, Dead Poets Society, The Go-Between by Joseph Losey, which I saw in 1972 when I was 13. I couldn’t wait to show it to them.

A Bag of Marbles is in theaters today.

A Review of ‘The Guardians’
Five Essential Films at Rendez-Vous with French Ci...
Interview: Director François Ozon on ‘Double...
Review: The Line Between Seducer and Seduced Becom...