April 20, 2015
Film
Interview: Drugs and Motherhood with Gregory Kohn and Eléonore Hendricks of 'Come Down Molly' 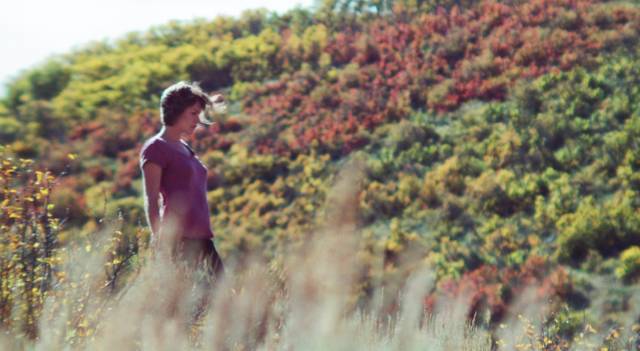 Meeting with the director and lead actress of Come Down Molly is a delight. When I arrive in the interview space, director Gregory Kohn sits in the waiting room with everyone else, watching a Naomi Watts film. As we wait for actress Eléonore Hendricks to finish up another interview, he tells me about the experience of premiering the film (on his birthday) and about his generally “pessimistic but in a positive way” attitude towards life. “Like Camus.” “Exactly,” he says, “The Stranger was actually my favorite book for a long time.” When we join Eléonore, she is wearing a sexy power suit with heels and a John Deere camo trucker hat. I like them already.

I wanted to start by asking about your first film, Northeast, which I understand inspired Come Down Molly. How did it inform the process of making this film, what did you learn, what did you change?

Gregory Kohn: Oh, that’s a good question. It informed this movie in the sense that Eléonore was a supporting character that I wanted to explore more. In Northeast she was kind of a sexual free spirit, a “manizer” of sorts who had just sort of settled down with this really sweet guy, Patrick (who was played by a different actor in that film). So it made sense that five years later she would probably have a child...

Eléonore Hendricks: (laughing) and would’ve left him for another Patrick...

Gregory Kohn: Right, and now is with another guy named Patrick, you know, a Kentucker Audley version of Patrick. Yeah so, I wanted to continue that character’s story. Also, a lot of it is that I’m very much inspired by Eléonore as an actress and as a person and I think she’s incredibly unique and empathetic. She is sort of this free spirit and we were telling the story of a woman like that, who has now been caged into a very, you know obviously righteous world, as a mom and a wife, but she maybe didn’t feel like the person that she was anymore. As far as what I learned from that movie, just so many things. That movie was very anti-audience…

What does that mean?

GK: It’s hard to explain, it was very much a young stupid idea like, “fuck you audience, you should like this,” you know what I mean?

I feel like every director says that about their first film.

GK: Yeah, yeah, I mean I’m gonna say that about this movie in five years but at the time I definitely felt like a director should prove something to an audience. And since that movie I’ve learned the exact opposite is true. None of this is about you, when you make a movie, none of it is about you. It’s about the actors, it’s about their performances and their connection to an audience and you’re just like setting the table...

GK: No, no, I really do believe that.

EH: No, I know, but it is about you, it has to be...personal. And I think this is, and Northeast was, and that’s where it all has to be.

GK: I agree with that, but you have to connect the audience to those feelings. That connection was something that I felt I wouldn’t need in Northeast.

EH: Yeah, but just don’t deprecate your role within this. You were so integral in all the conversations that everyone was having, you were like another actor within the movie that was outside of the film.

You say in the press kit that you felt like so much of the direction was out of your control, is that what you’re talking about here? Could you expand on that?

GK: Actually, that was more about how we shot the film, I was out of my comfort zone. With Northeast, we had a script but we would improvise away from it. With Come Down Molly, we had a script but it was much looser. I had to write it just to be able to read something, but I knew that the drug trip could not be what I wrote. 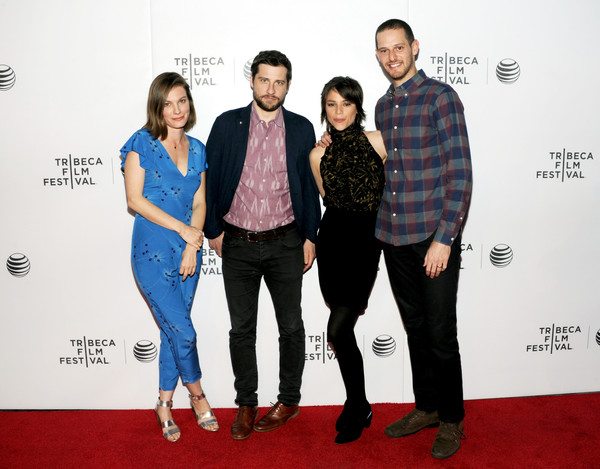 So there was a script, because I was wondering what that process was like, was there kind of re-writing every day based on the performances or...

It says that you shot the scripted parts afterwards, did you have any idea of what that was gonna be? I can imagine that it would be really difficult both as a director and an actress to not have a full concept of the story’s direction.

EH: There was a full script.

GK: There was, but also we knew it would change. I honestly think I just wrote it to see if we could try to get some financing. You know, to try to show people it could work. But it wasn’t a good script, solely because you can’t write this weird nuanced drug trip and tell people “no trust me they’re gonna be giggling.” You just can’t write that. So when we were talking about Molly’s emotional experience and what she was going through for the first part we shot, all the drug stuff, we knew that she was leaving her husband and her kid. I don’t think we knew exactly what that would look like but we knew that there was this kind of existential crisis that involved her not being OK with motherhood.

You watch the film in the frame of these scripted scenes, and because of that, Eléonore, it seems like your performance is based in all of these events. But knowing that it was all improvised before the scripted parts were written, I am wondering you know what was going on in your head.

EH: I’ll tell you, I work on a lot of part-improvisational films and I really felt like there was a very well balanced mixture of having a script and knowing very well what this character was going through. It wasn’t unclear. There was this dramatic impetus for Molly to leave at the start of the film and I could see where she was headed. The interactions rarely needed to hit specific points throughout the movie, so it wasn’t like I was ever losing track of where this character was while making it.

Eléonore, I want to know your opinions about the morality of Molly’s position.

EH: The morality in terms of her leaving? I think she’s in a desperate place and when you’re in a state where you’re jeopardizing the lives of people around you, you have to take care of yourself. Like, morally she needed to take care of herself, whether she’s selfish, absolutely she’s selfish and morally she’s liable to take responsibility for her family at that point, so yes she abandons her family but it’s really to sort of save herself to save her family. It’s a choice. It’s a hard choice.

GK: Just one thing, really quick. If she was a man, I do think it would be perceived differently, and I think I knew that going in. When I first started writing, it was a guy character. Once I started thinking about Eléonore and the character as a woman, I just thought it was infinitely more interesting because there’s this whole subset of mothers who love their kids but they don’t want to be a mom and they’re so torn.

EH: They’re just so isolated in their own world where they’re like “oh my god, I am not me anymore and I can’t connect to this thing that I love and I’m devoted to but, fuck it sucks to be around it right now, because I’m not who I am supposed to be.” And then you resent your child and then you hate yourself for resenting your kid. And there’s this whole cyclical thing. In terms of the morality of the drugs, they’re not all pure escapism, it gives you perspective and a connectivity that I think she needed at that time.

GK: Who knows what would’ve happened if she didn’t take the drugs.

EH: Yeah exactly who knows, maybe she would’ve felt more disconnected if she was experiencing the guilt of being away from her family and then seeing all of her friends around having fun and just not being able to connect to either world. She needed the drugs so morally she was right. 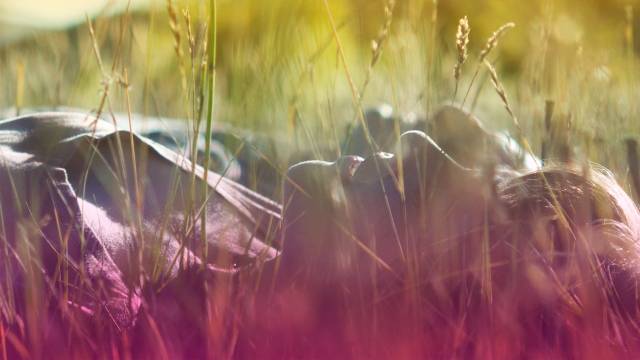 I have two questions about drug/drug film stigmas, outside of the film and then inside of the film. I want to know your opinions about how those taboos might affect the reception of the film and also what you think the role is within the film. What would you say to the idea that Molly’s journey, being a drug trip, might devalue the message because of how people feel about psychedelics.

GK: I got this one, this is a very heady answer so bear with me, i’ve done so much research since the first time I took psychedelic drugs. I read research papers from Roland Griffiths, all these scientific studies about what is actually happening in your brain when you trip. This is in no way in the movie and you’re not supposed to understand this in any way but the answer to the second part of that question is that when you are under the influence of psychedelics, your brain is kind of remapping how it works, and it’s actually performing better in certain ways. It’s giving you an altered state of consciousness. So Molly’s dealing with this existential crisis and, to me, what was so interesting about a drug trip (and why it’s informative to her experience) is the question of like, “what is real and which part of me is actually experiencing what?” That’s why the movie is centered around drugs, because when you’re not on any drugs, all we really are in our brains are these chemicals…and I know that sounds like I should be wearing tie dye and should have a peace shirt on...but that really interested me. That is how the story elements of her experience are tied to this drug experience and why in the movie they say “it’s just a drug” but is everything just a drug? What is influenced by what? It’s hard to understand why we feel certain things and don’t feel certain things.

As far as drug culture goes, psychedelics have always been presented in movies and media in this really specific way, like tie dye, and that’s exactly what I expected when I took it for the first time. What it turned out to be was like, “oh man like fuckin' why don’t I go outside more often” or like “I really love my friends...”  But yeah, so I just wanted to accurately capture what it was like. Bill Hicks was a huge influence, like him and his comedy, he questions why there are no positive drug stories. He was dying of cancer and the last thing he wanted to do was trip on psychedelics with his friends, so how come no one is showing this side of it?

Read our full review of Come Down Molly here.