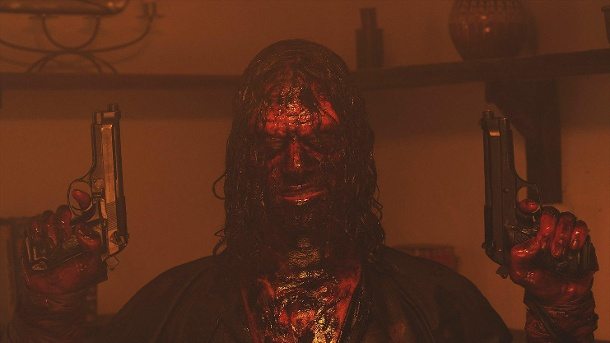 Once you get past the vanilla set up, Gedeon Burkhard’s The Key evolves into such preposterous camp that it’s impossible not to be entertained. The writer/director also stars as Tim, a failing business owner who signs a million dollar deal in the eleventh hour only to be pursued by murderous gangsters. They trail him to a secluded cabin in the woods which houses an ancient artifact and an assortment of hellish entities like a samurai ghost demon and a Clint Eastwood-inspired apparition with a penchant for spaghetti western duels. No, really. An absolutely ridiculous mythology built one knee-slapping revelation at a time paired with bloody set pieces do much to offset the poor performances and hollow dialogue. The film even opens with a sexy strip club scene that has nothing to do with the plot. Falling squarely into the “so bad, it’s good” category, this kitchen sink gore fest is best enjoyed with a couple of your favorite brews. 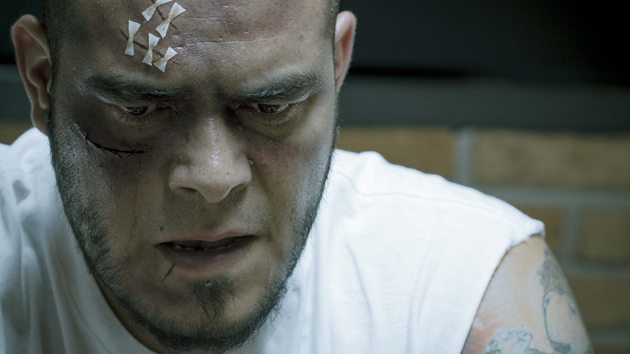 There are certain films that leap past the line that modern cinema has drawn and dare to show you horrors you’ve never witnessed before. When a film does this we call it an experience. ATROZ is one of those films. It follows a police investigation into two perps who have left a trail of video tapes documenting their sickening, depraved crimes. Similar to V/H/S, the film has a skeleton story built around the playing of the tapes which are shown in full like mini found footage shorts. A major handcuff to filmmakers of found footage is the constant need to create diegetic rationale for the existence of a video camera. Mexican director Lex Ortega embraces a full disregard for this in exchange for pure, unadulterated shock value. ATROZ goes for the jugular. It’s that kind of experience and it isn’t for everyone. More so than its messages on police corruption in Mexico City and brutal discrimination based on sexual orientation and gender, it is the violence presented on screen that speaks the loudest. If you can make it to the end you will absolutely witness things you’ve never seen put on film. 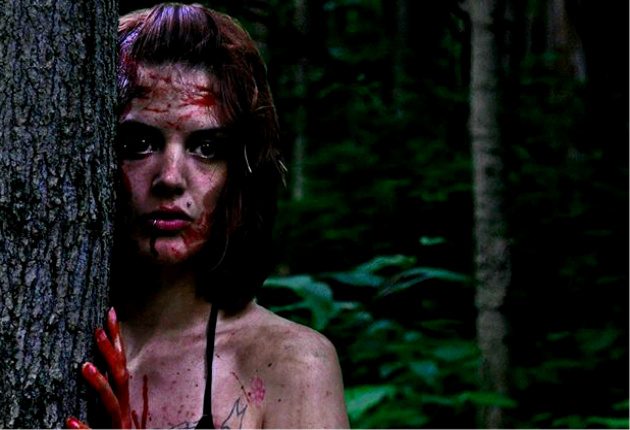 Don't Fuck in the Woods

Shawn Burkett’s Don’t Fuck in the Woods tracks a group of friends on a post-finals camping trip and their deadly encounter with an amphibious creature. Delivering exactly what the title promises and nothing more, the movie features a monster that resembles the creature from the black lagoon with a concrete affinity for genitals and reproductive organs. Naturally, it only emerges from the woods when the clothes start to come off. Don’t Fuck in the Woods spends the majority of its brisk 73-minute runtime on lots of sex, crude humor that rarely lands and bland kill scenes. This intended homage to the creature feature and '80s slasher films veers very close to sex parody territory and you might get a kick out of this movie if that’s your jam, but expecting anything more than T&A and low budget creature effects will leave you grossly disappointed. 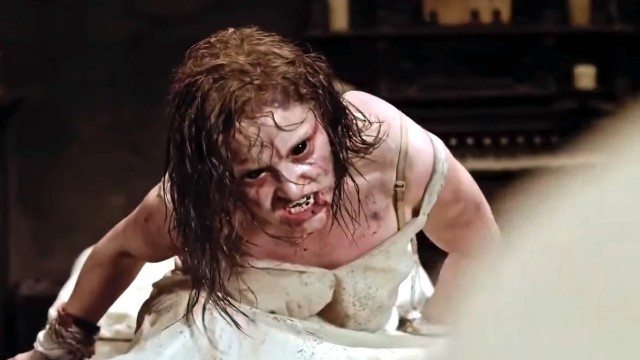 The narrative for The Possession Experiment offers up a clever twist on the exorcism film. In order to prove the legitimacy of exorcisms, college student Brandon (Chris Minor) chooses to offer himself up for possession in a twisted school project that will be streamed live for the world to see. Sadly, surrounding this intriguing synopsis is bad acting from supporting characters, lazy story beats and a forced romance between Brandon and Leda (Nicky Jasper), a medical student who agrees to monitor Brandon’s vitals during the experiment. There are some well executed segments including the prologue which features a traditional exorcism gone very wrong and a tension filled scene when Brandon and his stoner project partner Jake (Clay Harper) explore the haunted house where that exorcism took place. Scott B. Hansen’s contribution to the exorcism genre offers up some frightening imagery but its promising premise is ultimately brought down by one-dimensional characters and a cliché riddled screenplay.

Joseph Hernandez is an actor/filmmaker/critic from New York City. He's a die-hard New York Mets fan, loves Thai food and wishes for a 36 hour day so that he may overindulge in comic books, video games and dauntingly long-running television shows.