BAMcinemaFest is Brooklyn’s annual showcase of festival indie darlings and premieres. Giving New York City audiences their first chance at catching standout films from top festivals like Sundance and South by Southwest, it provides a sprawling and varied selection of the highest quality American films on the festival circuit from the first half of the year. This year's edition might contain the festivals strongest lineup yet, with returning filmmakers like David Lowery bringing his best work to date in A Ghost Story and striking directorial debuts from new favorites like Taylor Sheridan with Wind River. The following ten films are why this festival is a can’t-miss event. 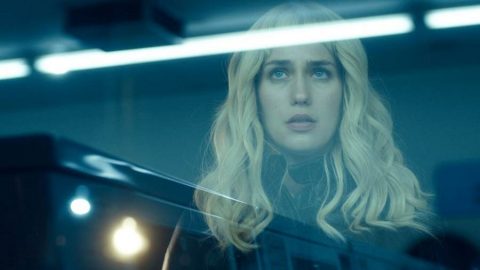 Dedicated personal assistant Jill (Lola Kirke) is forced to put out the fire when her overwhelmed young Hollywood starlet employer, and best friend, Heather (Zoë Kravitz), decides to pull out of a film project. After Heather winds up dead and all evidence points to Jill, she must navigate around a seedy Los Angeles and a pestering detective (John Cho) to discover the truth in this suspenseful noir-tinged modern whodunit. Aaron Katz smart, funny and twisty script is full of commentary on fame and friendship buoyed by an energetic pace and a magnetic lead performance by Kirke. 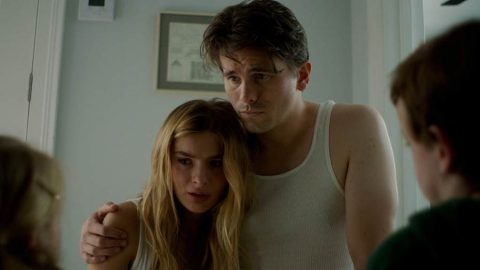 Beaten down by the stress of raising four children while her unappreciative cheating excuse for a husband (Jason Ritter) uses his high paying job to play absentee father, Jill (Marianna Palka) suffers a major breakdown that causes her to behave like a rabid canine. With his wife out of commission, Bill has no choice but to take on the responsibilities he’s been shunning or risk losing his family forever. A unique story of a woman training her husband to be a better man and father, Bitch features an impressive Jason Ritter showing off his range. Part horror film and family film, director Marianna Palka’s latest is a refreshingly bizarre, sweet and entertaining genre cocktail. 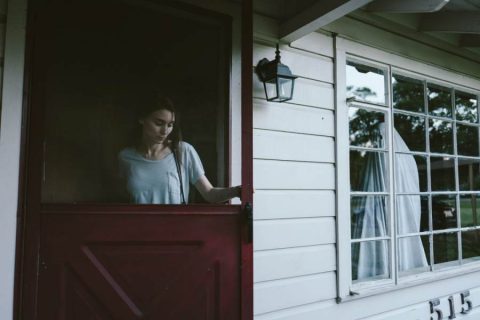 The life of a married couple is shattered when a man (Casey Affleck) dies in a car accident. He returns to his home as a ghost, dressed in the classic white bed sheet, and proceeds to watch over his wife (Rooney Mara) and the future inhabitants of the house. In his most accomplished feat of filmmaking yet, David Lowery’s hauntingly poetic film is an affecting journey through time and space. Flipping the haunted house movie on its head, he tells a profound story of the intense bonds we form with our homes and each other. Quiet and meditative with a deceptively large canvas of thought, A Ghost Story is a supernatural tale unlike any other. 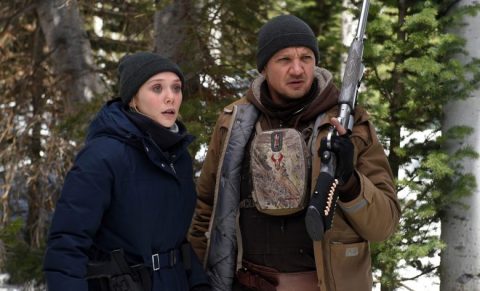 A young FBI agent (Elizabeth Olsen) and an animal tracker (Jeremy Renner) team up to solve the mystery of a girl’s (Kelsey Asbille) death on a cold and desolate Native American reservation. This pot boiler murder mystery features a tone of constant underlying dread and moments of unexpected crackles of violence. Taylor Sheridan’s devastating film avoids all sentimentality and continues his masterful streak for exploring the harsh realities of small town locales. Jeremy Renner's emotionally restrained portrayal of a man broken by his past is flat out beautiful and a fantastic Elizabeth Olsen brims with toughness and real life determination. 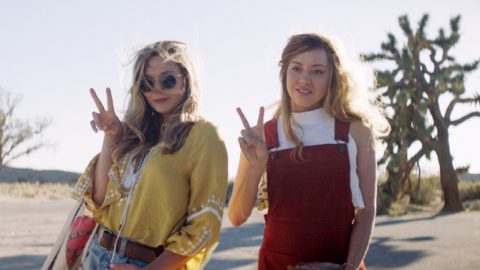 Relocating to Los Angeles after an embarrassing end to a “friendship”, Ingrid Thorburn (Aubrey Plaza) slithers and stalks her way into the life of Instagram super star Taylor Sloane (Elizabeth Olsen). The two quickly become best friends until another social media magnate with more followers gets in the way. Social media satires don’t get much more biting than this one. Matt Spicer’s directorial debut proves the futility of perceiving our idols as anything but human. Aubrey Plaza is at her best, carrying the film with her signature playful awkwardness and sharp comedic timing. O’Shea Jackson, Jr. also stars in a charming turn as the Batman fanatic boyfriend. 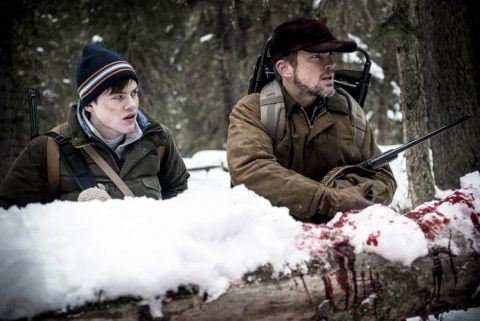 A teenage boy (Josh Wiggins) travels to Montana for the annual hunting trip with his estranged father (Matt Bomer). After a brief struggle the two begin to connect through memories of the grandfather (Bill Pullman) but the expedition takes an extreme turn for the worse when a vicious bear attack leaves them injured and at the mercy of the frigid wilderness. The clever script uses the code of the hunter as a way for the father to impart his wisdom and teach his son about the world. More or less straightforward in its narrative, Walking Out is a coming of age tale of survival about fathers and sons and an ode to the beauty and dangers of nature. 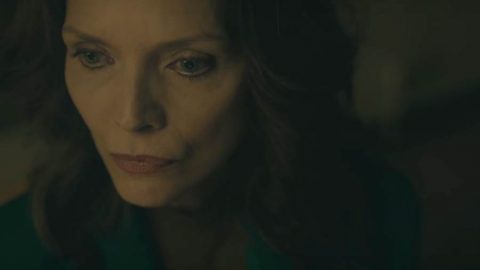 Following the death of her mother, Kyra (Michelle Pfeiffer) can’t seem to find employment and get back on her feet despite her best tries. On the verge of being evicted from her apartment and with nowhere left to turn, Kyra succumbs to her dire circumstances and begins a dangerous game of deceit. Andrew Dosunmu’s Brooklyn set drama tells a story of good people being forced to do bad things in an impossible situation that unfortunately is all too relevant today. Pfeiffer returns with a vengeance with a formidable performance and Kiefer Sutherland’s turn as her neighbor/lover is absolutely soul crushing. 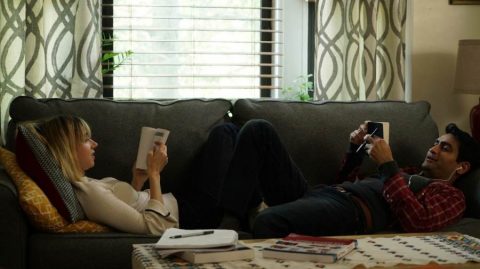 Chicago aspiring stand-up comedian Kumail (Kumail Nanjiani) and grad student Emily (Zoe Kazan) fall hard in love but their relationship hits a snag. Kumail’s Muslim parents, strong believers in arranged marriage, refuse to accept anyone for their son but a nice Muslim girl. This initial roadblock pales in comparison to the unfortunate tragedy that occurs next and Kumail is left to take stock of what’s most important. Based on Nanjiani’s true life experiences, The Big Sick uses humor in the best way — to ease the pain of life’s hardships and family strife. Veteran comedian Michael Showalter directs a hilarious cast from top to bottom including a scene stealing Ray Romano. 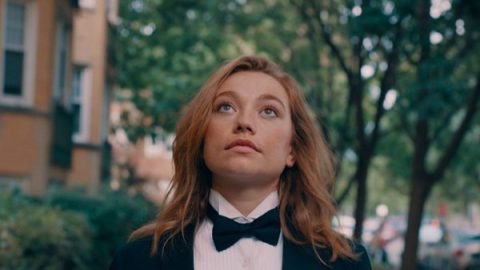 16-year-old Cyd (Jessie Pinnick) is young and inexperienced in life due to a lack of parental guidance. She lost her Mom at a young age and her father is stuck in a deep depression. Sent to her famous writer Aunt Miranda’s (Rebecca Spence) home for the summer, Cyd begins to truly experience life as she explores her sexuality for the first time with a local girl (Malic White) while her presence also might just reinvigorate her aunt’s dormant passion for love. A film about learning to embrace the numerous pleasures in life, Princess Cyd is as much a coming of age film as it is one of rediscovering life. 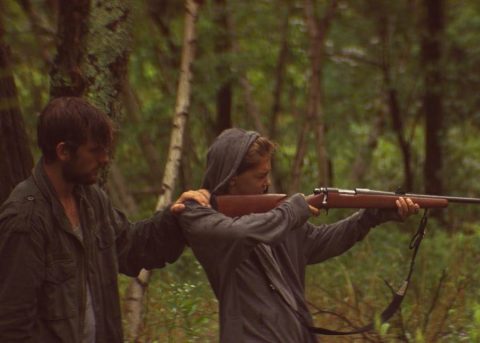 A wholly enigmatic and structurally maze-like film, you’d be wise to take the strange in The Strange Ones literally. Doing so will allow you to go on this mysterious journey of two young men (James Freedson-Jackson and Alex Pettyfer), their relationship is never quite confirmed, who may have been involved in an act of violence and maybe much more. Reality is questioned time and again in a shrouded misty narrative that’s steeped in doubt and horrible truths. Sporting hauntingly dreamy cinematography and a creepy performance from James Freedson-Jackson, this dark nightmarish thriller goes to difficult and unexpected places.

Joseph Hernandez is an actor/filmmaker/critic from New York City. He's a die-hard New York Mets fan, loves Thai food and wishes for a 36 hour day so that he may overindulge in comic books, video games and dauntingly long-running television shows.

Review: ‘Gemini’ Is a Grab-Bag of Dram...
Review: You Were Never Really Here
Interview: Director Adam Rifkin on the Weirdness o...
Review: The Big Sick