August 26, 2015
Film
The Filmmakers Behind ‘I Touched All Your Stuff’ on Fiction, Noir and Exploring the World of a Charming Convict 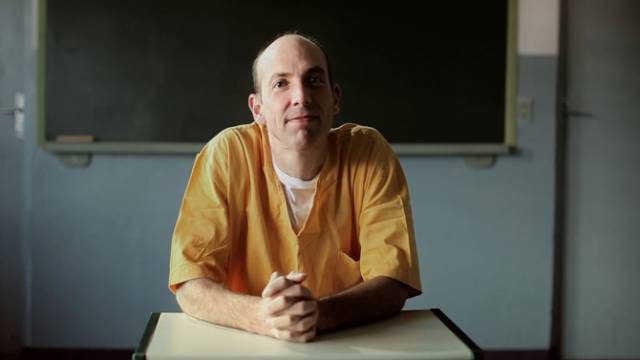 In the provocative documentary I Touched All Your Stuff filmmakers Maira Buehler and Matias Mariani introduce us to Christopher Kirk, a seemingly harmless American spending time in a Brazilian prison on a drug smuggling sentence. Originally meant to be a film about foreign jailbirds in South American prisons, the filmmakers soon discovered that in Kirk they had something even more fascinating, the tale of a man who traveled all the way from the state of Washington to Colombia in order to see the remains of Pablo Escobar’s infamous zoo, the hippos in particular. Once there, Kirk was lured into a volatile romance with an archetypal femme fatale known only as V who draws him into what ultimately lands him in prison. Or does it? Buehler and Mariani are completely uninterested in establishing facts traditionally and weave a tale about the multiple layers of fiction.

We never know if Kirk is someone we can trust, and that’s precisely why the documentary becomes so envolving. The more we learn about the characters, the more we doubt them and their intentions. But beyond the intellectually density of it all, I Touched All Your Stuff turns out to be quite the thrill ride. As the film gears to open Stateside, the filmmakers were kind enough to answer a few questions we had.

The film borrows the structure of a magical realist novel. Can you comment on your literary influences when shaping the film.

Gabriel Garcia Marquez used to say that he didn’t like the concept of magical realism because all that he wrote was, somehow, realism. Reality was magical to him. As he said that, he was referring to another epistemology that doesn’t oppose these elements (reality and magic) as if some were true and others were not. In this sense we could say that magical realism literature has influenced us both as an art genre and also as a perspective towards the world. We’re talking about perceiving reality not as a dualistic experience, but as a territory where we can blur the boundaries between documentary and fiction, not feeling imprisoned by genders but really mixing stuff as they are mixed in our minds and lives. I mean, we really don’t care if what you are telling us is true or not, we’re looking for a good story, the trajectory of characters, the shape of a narrative, the construction of a cinematic experience that exists beyond this division.

What would the "original film" about foreign prisoners have been like? Do you plan on making that at some point?

In fact we did make this film. It is called She Dreamed That I Died. It is a mosaic of 8 stories of 8 foreigners we’ve met in jail. It is a “jailed” narrative; a claustrophobic movie. You are able to imagine the stories you hear, but you almost can’t go out of the same frame. I Touched All Your Stuff intended to explore the prison space, opening itself for Christopher’s world that in the film was woven by elements like the hard drive and his internet universe. It continues the first one but is also an opposition to it.

Besides the hippos what other elements of Escobar's estate seemed worthy of traveling for?

There is a point on the film that Chris Kirk narrates his meeting with a woman that asked him why he came to Colombia. He is trying to find an answer and she says something like “let me help you with the first word: mirror”. So he was traveling to Colombia because in his intimate there was something about it that mirrored Kirk. It was about flirting with the dark and unknown side of life - he was attracted for what he didn’t know and mostly, what he couldn’t control. 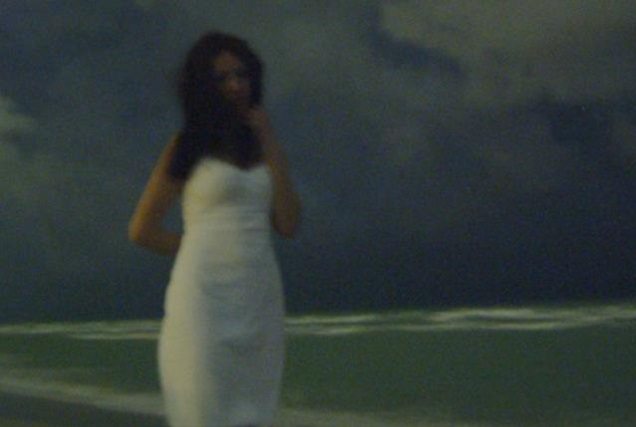 The constant use of screens makes the audience hyper-aware they they're watching a film. Do you find this affects our empathy towards the characters?

I think sometimes it make us think it is all happening inside a computer at home. So, in this sense, yes. It is something that could be accessed by anyone. It makes you think about how close you’re to the story. A lot of people would say to us that left the cinema and went to check in his YouTube account. So yes, we think so.

Do you envision a specific way audiences should react to Christopher's plea?

We’re not sure. People have different opinions. Some believe him, others not, some want to be his friends, others not. We think that the film gives you space to think what you want. It is not closed.

Christopher seems to have been slightly ahead of times with the foil prank and our modern obsession with instant fame for no artistic reason. Did you discover him to be someone interested in fame for the sake of it?

We think that he would rather be famous by the book he is writing on the V. story. He was not the author of the prank, he was more like the victim. At some point he said to us that he wanted to go on TV to say something against Bush and his politics but it just didn’t happen when he was alive, nothing came to his mind, it was all to fast. He told us that the only idea related to what he was feeling that he could express at that moment was that the prank was “getting more attention then it deserves” – something that he says on the film. We see him seeking for an artistic recognition as a storyteller but instant fame, no.

V. seems like she was extracted from a James M. Cain novel. What classic film actress would have played her?

To stay in Cain’s world, I would say Lana Turner.

Even though it's a documentary, your film is a celebration of fiction. At any point were you interested in turning Chris' story into a traditional drama?

I Touched All Your Stuff opens in theaters on August 28.