December 1, 2014
Film
Review: Inside the Mind of Leonardo 3D 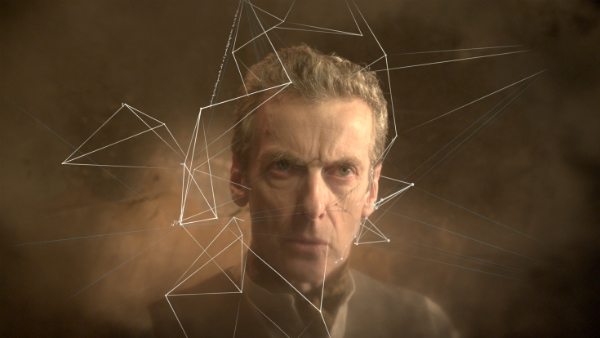 Have you ever wondered what it’s like inside the mind of a genius? Filmmaker Julian Jones certainly has. His latest work, Inside the Mind of Leonardo attempts to answer that question. The film is a dramatized documentary, starring and narrated by Oscar-winner Peter Capaldi, with words directly transposed from the journals of Da Vinci himself.

As you might imagine, the inside of Leonardo Da Vinci’s mind (or rather, Jones’ interpretation of it) is frenetic, fascinating, and visually stunning. Capaldi, who plays an otherworldly Da Vinci, paces about in the apparent chambers of his own mind, questioning, ranting, sketching, calculating, solving, agonizing, upping and downing. Capaldi’s shattering, Shakespearean performance of Da Vinci’s private musings, set against various dark and theatrical backdrops, only begins to make the framework for the film’s incredible visceral experience.

And it is first and foremost an experience. The film’s thesis comes up again and again in Da Vinci’s jottings, “begin with the experience, and by means of it, investigate the cause.” Following this rule alone does Jones begin to investigate the core of the man and his brilliance. “Leonardo” is a riddle wrapped in an enigma of style. It uses dramatization, gorgeous modern footage of nature and cities, hand drawn and CGI animation, extremely theatrical score, and, most jarring but thrilling of all, it is entirely in 3D. While 3D is abnormal in documentary, the visual choice serves to emotionally locate you at the helm of Da Vinci’s consciousness. The 3D glasses also have an isolating effect; they make the experience feel as if it were yours and yours alone, as if Da Vinci were attempting to impart his wisdom, one Vitruvian sketch at a time, to only you.

But despite the breath-taking visuals, it is truly the thoughts, straight from the pages of Da Vinci’s journals, that astound. While there is a loose chronology and context given, the main focus is on those concepts which most fascinated Da Vinci and occupied his every waking thought. He is obsessed with birds and knows that if only man can build the right machine, he too can fly. He is enthralled by nature, “nothing is superfluous, nothing is lacking, nature is perfect.” He spends years devising new ways to make art that has never been made before. But he is also human. Some of the film’s most delightful moments are when Capaldi practices speeches nervously in front of the mirror, or recites shopping lists or Da Vinci’s own recipe for brown hair dye made with “boiled nuts.”

At times, one wants more of these personal moments, moments when Da Vinci is seen as the man he was, not the man he is now fabled to be. It is hard to believe that a person can be so academically minded all the time, especially given the context of his myriad failures and defeats. If we are to be inside his mind, we want to see a glimpse of his soul. But that is a minor quibble in the face of such a thrilling multimedia accomplishment. Inside the Mind of Leonardo is as visually vast as it is intellectually in-depth, and it is a truly gripping experience, a must see for the historically, mentally, and visually curious.