We spoke to Jarkko Lahti who plays a famous Finnish boxer in the award winning The Happiest Day in the Life of Olli Mäki. 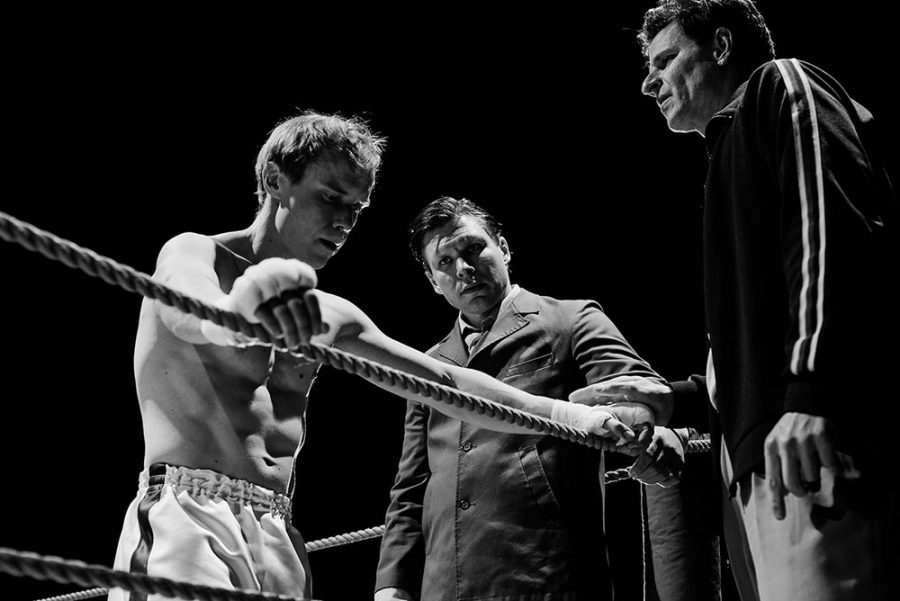 In 1962, small town Finnish boxer Olli Mäki (Jarkko Lahti) had a shot at World Featherweight title when he faced American Davey Moore. It would take a quick Google search to find out who won the match, which is why in The Happiest Day in the Life of Olli Mäki, director Juho Kuosmanen instead focuses on Mäki’s inner life and his budding relationship with the lovely Raija (Oona Airola). Shot in crisp black and white and infused with melancholy, the film evokes classics like A Hard Day’s Night and 8 ½ rather than sports movies like Raging Bull or Rocky. Even though this is his feature length debut, Lahti who is practically in every scene, commands the screen like a seasoned pro, his facial expressions often recalling James Cagney and other brooding classic Hollywood heroes. The film was Finland’s official submission for the Academy Awards and is being released in the US through Mubi. We spoke to Lahti about the reasons why he wanted to play such a beloved figure, and what he thinks are the most important things in life.

What made you want to play someone who is as famous as Olli Mäki?

We’re both from a small town in Finland called Kokkola, so he was a big working class hero for me and Juho, who is also from the same town. I remember when I was a child my elder relatives spoke about him as a hero. So getting to play with him was an honor.

I interviewed Juho last year and he commented people asked him to focus on Olli’s moments of glory, rather than the fights he lost. Were you concerned about playing the man during this time?

No, because I understood early on what Juho was after. It was about Juho, how after having his first film at Cannes there was so much pressure in what he did next. Since I also knew Olli’s history very well, and knew about his great victories, it wasn’t difficult for me to play him. Juho and I talked about wanting to show what’s important in life and the victories that matter, they are not in a ring or a screen or a stage, no matter how privileged I am to be in this profession, children, family and health are the most important things to me. I understood what kind of hero Olli was in that sense.

Olli and Raija make a cameo in the film, was it intimidating to play a historical figure who is still alive?

Of course but I had to focus just on my work. Olli and Raija were a big help, Olli has Alzheimer’s now and even though he’s in good physical shape, he doesn’t remember recent events. He could still recall the 60s though, I asked him how he felt about going against Davey Moore knowing he was underweight, he told me he could remember Moore started measuring him with light punches in the first round and he felt his knees weaken, so he knew he had no chance. At some point of the process I concentrated on the role as I would’ve a fictitious character though, play a version of him through my psychophysics. It was emotional to be in the set with them, we were at a gym where he fought once, and he and Raija came to see us shoot a scene, so he saw the ring and his body remembered, so he started dancing, taking bounces on the ropes, it was so touching. This is also my first leading role, so in a sense everything was special.

How much did you rely on documentary footage to shape your performance? Was it strange to recreate scenes you’d seen on film?

It was, but it was also huge help because it was the only orientation material I had for boxing. I wanted to avoid boxing movies, I didn’t want to compare myself to Robert De Niro (laughs) so I avoided the genre. I also studied some Dardenne brothers movies to see how actors approach that kind of realism. I never thought our film as a reconstruction though, I didn’t want to think I was copying anything.

I loved the romance aspects of the film, how was the process of working with Oona Airola to play Olli and Raija?

Juho’s way of work is have us discuss the characters, so our rehearsals were mostly us talking and drinking a lot of coffee. Working with Oona was easy because we’re friends, she’s also from Kokkola, but she’s about ten years younger, we knew of each other but met when we worked together. The chemistry came naturally, but being around each other was important because it made us feel we had some sort of history. Thinking back I realize how important it was to have time to hang out with Juho and Oona to talk about the movie, it was luxurious in a way. 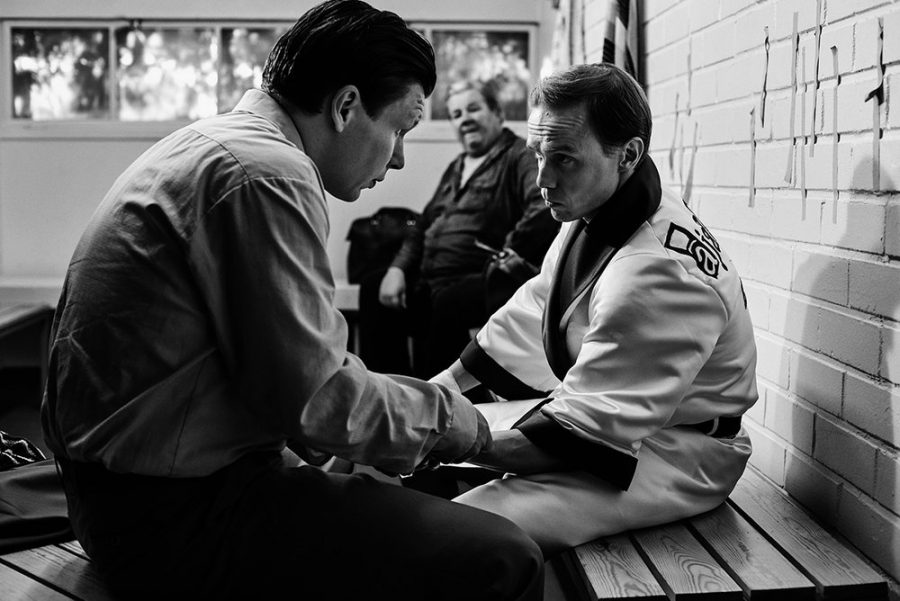 Were you a boxer before?

No, I played football in 1991 and then middle school came so I quit all sports. When Juho told me about this project in 2011 and said if he finished the screenplay and got the money the part was mine, so I went to the gym and started to rehearse just in case. I trained four and a half years, and took some bows in amateur boxing. The world of boxing sucked me in, if I was 20 years younger I’d try to find out how far I can go in boxing, but I’m too old now (laughs)

I love boxing too, it’s my workout of choice although I’d never dare compete. What was your favorite part of boxing?

Sparring, the first time I got hit in the face I thought “this is so cool”, I was really aware of everything going on, it was a zen moment, you don’t think about the past or future when you spar, you’re just there in the moment. It’s beautiful, it has nothing to do with violence, being there kinda nude, just competing with yourself, not trying to harm anyone else is a deep experience. Competing was interesting too, you know you need to follow the rules or you go down.

You mentioned how important family and children are to you, did making a film about someone’s legacy affect the way you thought about the project?

For sure, in a way it’s contradictory, when you’re in the middle of these things and you get to study events like this, you are away from your own family, so it’s a paradox. I wouldn’t be an actor if I didn’t want to challenge myself all the time. This is my first feature film and I want to see how far I can get as an actor, I have done theatre and TV but this is a new reality workwise, but connecting these worlds isn’t easy. When you work, work hard, and when you don’t be home, that’s my recipe (laughs)

For more on The Happiest Day in the Life of Olli Mäki click here.