In Felix and Meira, Luzer Twersky plays Shulem, the devoted husband of Meira (Hadas Yaron), a young woman who has trouble adjusting to the restrictions of the Orthodox community where she lives. Instead of giving her husband as many children as he wants, she secretly takes birth control pills and loves the secular music that's been forbidden in her community. She naturally gravitates towards Felix (Martin Dubreuil) and the two embark on a love affair. Directed with patience and subtlety by Maxime Giroux, the film plays out less like a conventional romantic drama, and more like a meditative character study in which we see how these people are trapped in hells brought upon by societal conventions.

Twersky, a former Hasidic Jew who left the community in his early twenties brings a sense of heartbreak to Shulem, because we see that he truly loves his wife and doesn't understand about the damages that religion can bring to personal freedom. We had the opportunity to talk to the actor about bringing his own personal experiences to the film, his big move from New York to Los Angeles, and the reason why he always looks so dapper on the red carpet. 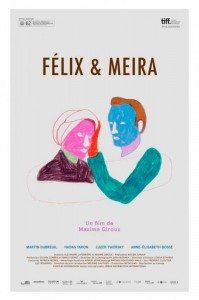 Let me start by saying your suit game has been on point during the press tour.

My suit game? Why, thank you.

Usually men’s style is so dull and predictable, but you have been pushing the boundaries of patterns, colors, textures…

When I left the community I met this fashion designer named Duncan Quinn, he hired me on a whim and taught me everything about fashion that I know. He made a bunch of custom suits for me and everything I know is because of him.

Growing up as part of your community did you have any access at all to other types of fashion?

I had access to none of that, once you turn 13 you wear dark, which is like black and navy, and white. That’s it. Every morning I woke up and had to make a very tough decision “do I wear the white shirt or the white shirt?” My first clothing that wasn’t Hasidic , I didn’t know what to buy! I went to Walmart and Target and bought a pair of construction jeans, I got polo shirts and sweatshirts and khakis, I had no style. I showed up to the Duncan Quinn meeting wearing Walmart jeans and baggy t-shirts. When he hired me he took me to Uniqlo and bought me my first pair of skinny jeans. He basically opened my world, before him I didn’t even care about fashion.

You did an audio journal with Josh Gleason for Tablet Magazine about five years ago in which you express how jeans were the “secular uniform” which I found to be a beautiful counterpoint to how you now use fashion to express yourself. In that very podcast you mentioned you were only starting to look for acting jobs, can you run me through how you went from that to now being in a big film?

It’s so hard to talk about it because it’s still so surreal. I was actually talking to Josh when I was in Toronto and I told him “you’re not gonna believe it, but I actually have a fucking movie” (laughs) This is the real thing! It’s not one of those indies made for a thousand dollars that nobody’s gonna watch, it’s like a real movie, it’s going to be in theaters! He was beyond happy, but I remember we spent an entire year recording that which he narrowed down to 20 minutes. While we were recording that I worked on my first film as a Hasidic  consultant and an extra. My first speaking role was in an NYU student film directed by Sasha Gordon, called Manhattan Melody. I played a jeweler, and the same people who did this were in the crew for that short film that won an Oscar a few years ago directed by Luke Matheny. Then I did a lot of extra work, trying to make some connections, because I didn’t have any training. Then Pearl Gluck who directed Where is Joel Baum found me through a mutual friend, because she needed someone who spoke good Yiddish. We did that film and it went to a couple of festivals, it touched on a tough subject so it wasn’t very audience friendly, but I got a Special Jury Prize at the Denver International Film Festival in 2012. We went to Montreal to an event where they were celebrating women directors, and then Nancy Grant who produced Mommy and Felix and Meira, saw the film and suggested to Maxime that he should check me out. Then we met in New York and they gave me the part.

You also moved from New York to Los Angeles…

Yes because at the time I was working for Duncan Quinn, the shoot of Joel Baum took just one week, and Dominic was generous enough to let me take a week off. At this point I was basically running the Duncan Quinn branch in Los Angeles, Duncan asked me to move there and it made sense because that’s where you want to be if you want to become an actor. I didn’t move to LA for acting, I moved for my day job. After the shoot ended I came back to work for Duncan and then left again when the festival circuit started, or like I call it the festival circus. I had to leave Duncan Quinn, but I might come back, who knows? After all the shenanigans I’ve done I’ll still need a job.

You’ve said that this is the first time you’ve seen the Hasidic  world captured well on film. Why is that?

Yes, it’s a sore subject, so I’ll try to do it without naming any other movies...I might not succeed but I’ll try! I think there are a couple of things that stand out about Felix and Meira that made it the most accurate portrait of Hasidic  Jews ever: first, the director was willing to admit that he didn’t know anything. The movie started out as a comedy, the script had been worked as a comedy by Maxime and Martin Dubreuil, they wanted to write a comedy for Martin because he is a really funny guy, but he always plays serious guys. But the more they researched what it was like to leave the Hasidic  community the more they realized this was a very serious subject, this is not something to laugh at. They also realized they knew very little about these people, so Maxime brought on other people, like me, and he gave me control about the accuracy, I translated the script into Yiddish and told him what things Hasidic  Jews would never say, Maxime is a great filmmaker and focused on the subtleties. He understands that you can’t talk down to your audience, what they call now “mansplaining”. Don’t explain anything, if the acting is good, if you shot it well, the audience will get it! Every time someone does a Hasidic  movie they feel like they have to shove it down everyone’s throats, “oh, this is what’s happening right now” and they feel that they need to put everything they hear about in their movies, “oh, I heard Hasidic  people have their own police, let’s put that in our movie too!”, they put every cliché they’ve seen in A Stranger Among Us and every stupid Law and Order episode about Hasidic Jews, or Fiddler on the Roof and think they have a script about this.

Once you had access to all the movies, books and music in the world, what things did you find yourself binging on?

I’m still catching up! But at the beginning I literally could sit in front of the TV and I could watch forever, I was like “oh my god, moving images and they’re talking!” It sounds almost Amish, but it’s not like that...but I would watch infomercials and buy everything they sold. There was this guy, Kevin Trudeau, who made infomercials about natural cures and I totally believed him, and there’s a lot of Hasidic Jews who leave the community and start listening to radio and they become very right wing, because they don’t know about NPR, they just know regular commercial radio, so they listen to Rush Limbaugh all day long. Because we don’t know where to start or where to go, but for me, This American Life literally changed my life, it opened me up to a whole new world of culture I didn’t know existed. At the beginning I would watch five movies a day, watch twelve hours of television and spent a lot of time online. 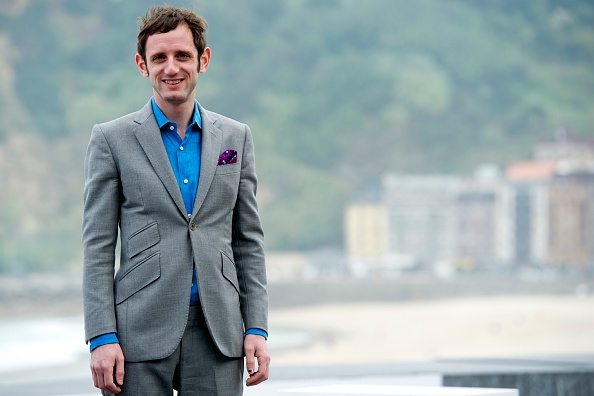 Do you think people will assume you are just playing yourself in the film?

I think every actor plays a version of themselves, now that I’ve taken some acting classes and look at acting differently, I think that actors need to understand other people in order to play them. Honestly I think that real life is acting, acting is real life. In real life we’re all faking everything, in acting if you see a guy faking it, he’s not doing it well, you wanna see someone going through something real. I know there are many different acting methods, but in order for it to be good acting they must be going through something real, otherwise you can’t watch them.

You mentioned that you knew people would only cast you in parts that fit your look, but ideally what kind of parts would you like to pursue?

That’s a good question, it’s funny because eight years ago people thought I was crazy, but guess who got the last laugh. I don’t wanna exclude myself, after Felix and Meira I shot another feature with Pearl Gluck where I played a junkie, I have another film in the works where I play a Norwegian musician, another where I play a Jewish agent from LA, not much of a stretch...but here’s the thing, I’m not necessarily a “yes man”, I’m more of a “why not man”. I didn’t think I could pull off this film, but someone did, and I thought “well, if he thinks I can he’s stuck with me and that’s his problem now”. So I just say yes to things, I just went to Norway and recorded an album on a whim, because someone believed in me. I don’t have a plan, I don’t wanna “make it”, I don’t even know what that is. That’s not how I live my life, whatever comes my way I’ll do it. The thing with me is that I’m willing to suck, I’m not afraid of sucking!