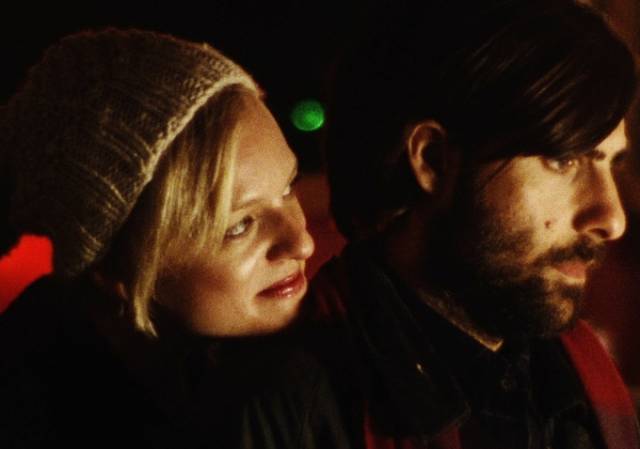 Philip Lewis Friedman is an asshole. Quite simply, he might be one of the most obnoxious characters to appear in any film, and Alex Ross Perry’s Listen Up Philip doesn’t shy away from letting the man be who he is, even if his behavior can be rather monstrous. As played by the exceptional Jason Schwartzman, Philip is also terribly unaware of this and spends most of the film wondering why does he keep alienating people. We first meet him in media res, as he walks anxiously (furiously?) to a diner where he’s meeting his ex-girlfriend (Samantha Jacober) to present her with an advance copy of his new book. Once he’s sitting next to her he realizes he doesn’t feel like giving her a present, instead he goes on a tirade about how she never believed in him and how little work he would’ve done if they’d remained a couple. He storms out of the diner with a Grinch-like satisfactory smile stamped across his face. This might be the nicest he is in the entire film.

Surprisingly, Philip has someone waiting for him at home: his girlfriend of two years Ashley (Elizabeth Moss in an astonishing performance) whom he has come to resent for her professional success. When he meets one of his idols, fellow author Ike Zimmerman (Jonathan Pryce), who decides to take him under his wing, Philip figures it’s time to cut off all his unwanted ties and takes a break from Ashley, “I hope this will be good for us, but especially for me”, he explains eloquently. Slowly, we see the young man sabotage everything that could give his life real meaning, as he chooses the path with the highest risk for self destruction.

A fascinating study of the mythical American belief of achieving genius, Listen Up Philip gives writer/director Ross the opportunity to explore his own literary skills as he employs a technique that includes a narrator (a soothing Eric Bogosian), as well as unsympathetic characters used to test our tolerance and perhaps invite us to exercise our empathy. With a humor so droll it makes us want to look away sometimes, the film gives its characters delightfully self deprecating passages that show how little they know themselves, even if most of them proclaim they are in full control of their lives. “I’m not referring to myself, but there are a lot of assholes out there” informs Zimmerman, who perhaps has forgotten that one of his books is titled Madness and Women.

Listen Up Philip gives Schwartzman his best role since his breakout in Rushmore and positions him as the ultimate combination of Holden Caulfield and Peter Pan, a bearded man-child who seems to think the world owes him everything. Philip would most certainly disapprove, but Schwartzman effortlessly breaks our hearts, as we see his character shift tones depending on who he is with. “I’m not successful, I’m notable” he explains when someone gives him a compliment, and it’s in these strange moments that Perry makes a case for the notion that not even someone as horrible as Philip should remain unloved. That he does so, without recurring to traditional change-of-heart plot twists is a small miracle on its own.