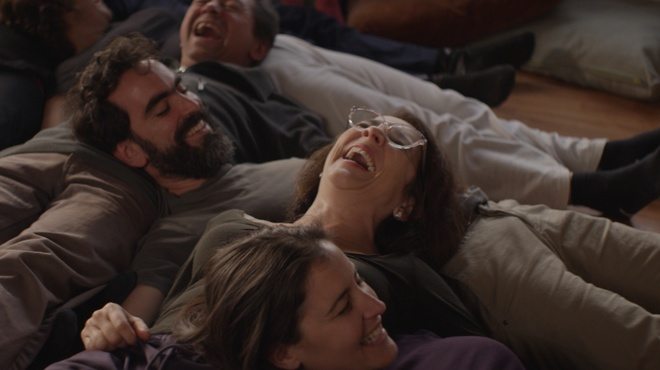 In “Gloria” Paulina García gives the kind of performance that would turn anyone into a movie star. The surprise is that she’s a middle aged woman from Chile playing a divorcée who gets back into the dating game. Directed by Argentinean filmmaker Sebastián Lelio, “Gloria” capture the title character during one of the roughest moments in her life. When the film begins, we see her going to nightclubs by herself, where she vanishes into the music, grabbing the attention of unaccompanied men around her.

One of them is Rodolfo (Sergio Hernández) a mature gentleman who approaches her and takes her home (the sex scenes in this film are remarkable for their natural appearance and unexpected candor), when days later she receives a call from him they begin a relationship, but soon she realizes her new lover might have more issues than people half his age. He treats her to lovely dinners, poetry readings and wine, but he abandons her whenever he hears from his grown daughters and ex-wife who he still supports. While Gloria tries to include her in her own family circle, Rodolfo keeps her practically as a mistress.

Lelio (who co-wrote the screenplay with Gonzalo Maza) displays a keen eye for capturing moments that too often get lost in real life. Attending a yoga class given by her daughter (Fabiola Zamora) the camera captures Gloria’s smirk of satisfaction as she pats herself on the back for pulling off the moves without hurting herself. Considering she’s in pretty much every single scene in the film, it’s remarkable to see an actress be so at ease in front of a camera as García, the acting professor turned television actress, disappears into Gloria making us believe this is who she is once the camera stops rolling.

Except for a strange scene in which Gloria confronts death in a literal way (at a mall of all places) every other moment in the film rings true and achieves a naturalism rarely seen in modern movies. Lelio masterfully captures this slice of Gloria’s life showing us a character who goes through ups and downs in a way we can relate to, but he’s smart enough not to use his character as a puppet and consequently to know where to stop the film. “Gloria” could have been in peril of becoming an endless soap opera, but Lelio gives us just about enough to leave us wanting more. That we want so badly to stay with these characters after the screen fades to black is testament to the power of the film and its joyous celebration of life.