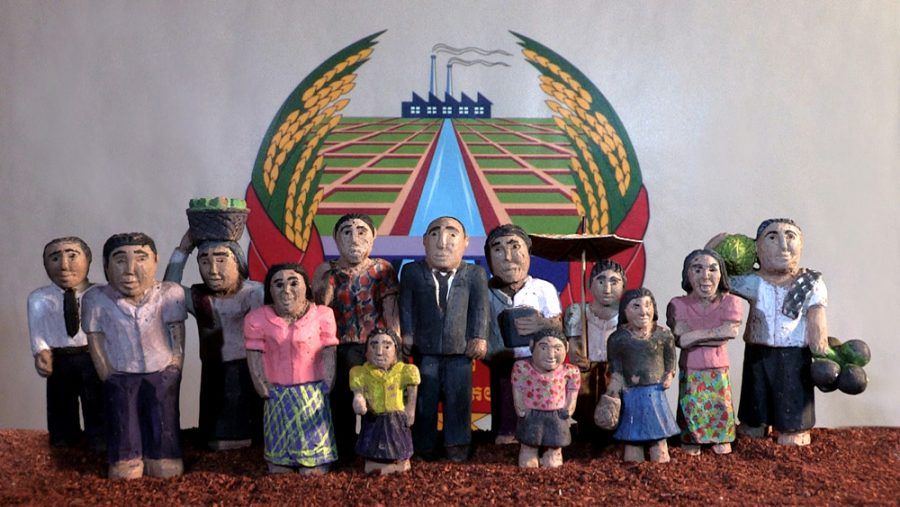 In 1975 Rithy Panh was eleven years old and living with his family in Phnom Penh, Cambodia, when the Khmer Rouge took over and established a system of horror that would control the government until 1979. Panh and his entire family, along with almost everyone else in the country, were sent to labor camps (they called them “collective farms”) where they were forced to live in shacks, work in rice fields and eventually died from starvation and untreated maladies. Banks, hospitals, schools and any other sort of institution that would allow people to have their own sense as individuals were banned, this included any sort of artform which meant that Cambodian history entered a period of absolute darkness. What came out of the country was determined by what the Khmer Rouge thought was appropriate.

Looking back to the most tragic period of his life, Panh - who lost his entire family during the regime - constructs a unique film in which he recreates these events using detailed clay figurines with which he sets truly remarkable dioramas. Since film was reserved to members of the Communist Party, for whom movies were always supposed to be slogans to praise their beliefs, Panh recurs to his memories in order to create a historical document permeated with endlessly personal touches.

“I wish to be rid of this picture of hunger and suffering, so I show it to you” he says as he narrates how his younger siblings perished and how his father simply decided that to stop living was more dignified than giving in to the whims of the system. “The Missing Picture” should be a more touching picture, but its aesthetics sometimes make it feel distant, more like museum pieces than actual movie scenes, the dioramas might remove viewers from the power of the story as they gasp and wonder “how did he achieve that?”

“There is no truth, there is only cinema” says Panh, aware that yes, filmmaking was probably the safest way to extract these horrifying scenes from his mind and throw them upon the world. His intentions are admirable and the film will certainly be remembered for being a rich historical document, as the director says “a political film should unearth what it intended”, and as such “The Missing Picture” is a layered piece of art that uses beauty to portray one of the most terrible times our planet has seen.