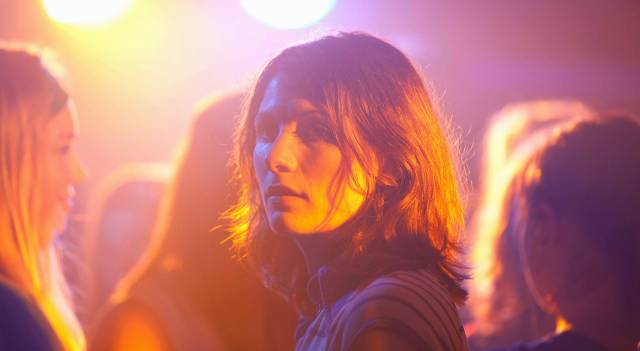 Anna (Jodie Whittaker) steals away into her mother’s house to fetch her laundry, still wet, and hurriedly microwaves her bra. That’s a new one for the books. There are other original surprises in Adult Life Skills, the debut feature from Rachel Tunnard, which handles arrested development in a small town in northern England. Soon to be 30 years old, Anna hasn’t quite grown up, nor does she seem to want to. In a damp shed in her mother's backyard, she burrows in the mismatched crochet linens or films videos of her two thumbs penned with simple smiley faces while she voices their amusing bickering about Rocky and existentialism and everything else.  During the day she works at a day camp where Brendan (Brett Goldstein), an endearingly awkward colleague, flirts with her, though he barely enters her viewfinder. Adult Life Skills is the rare sort of movie where the romantic subplot is truly relegated to the background, and the better for it; Anna's resolve never stems from Brendan. Her stasis is rooted in unsettled grief over her dead twin brother, perhaps a contrived screenplay bit, but no less moving. Her shattered and complacent heart is eventually unstuck with the help of her best friend (Rachael Deering) and a mischievous young camper who tugs at her emotions. Adult Life Skills is populated by female characters who answer to no one but themselves. It is refreshing to see them scarcely concerned with beauty, too; Tunnard lets everyone be, even Anna and her 'homeless teenager' look. Tunnard elevates an age old tale with a new setting and a smooth script, frequently hilarious, making her a filmmaker to watch. 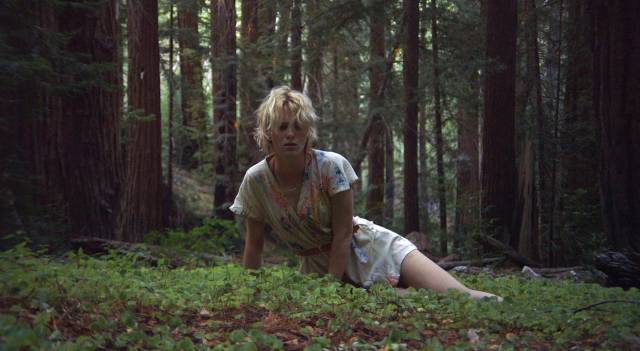 There is not a beat to miss or a beat amiss in Sophia Takal’s standout second feature, Always Shine. The film is set in the wooded Big Sur retreat, the black interiors of the cabin mirroring the dark psychodrama at play between long time friends and aspiring actresses Anna (Mackenzie Davis) and Beth (Cait Fitzgerald), whose receptions by Hollywood fame and fortune are as different as their treatment from men. The film includes plenty of sharp jabs at Hollywood types and the male system. Beth plays, and is, a wilting flower type whose fame is on the rise, while the sassier Anna’s career sputters along. Men use Beth’s beauty and shyness as a blank canvas onto which they project their desires, while Anna’s inquisitiveness and agency of course renders her an threatening entity. Under the slip of the moon the two best friends talk and walk around the subject of fame and success. Davis and Fitzgerald, as well as the music and visuals, add a delicious flair of pulpy horror.  It’s easy to find shadings of Persona, 3 Women, and of course Mulholland Drive in Takal’s film, but it is no one’s but her own, the storytelling bold and daring. Never does it feel reductive.