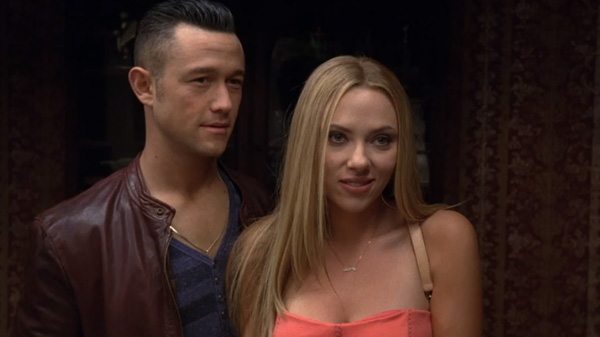 At the end of every week, Jon attends church with his quintessential Italian-New Jersey family. His father, Jon Sr. (Tony Danza), is a bit of a caricature and one-note. But as someone from an Italian family, I know he's actually pretty realistic. His mother Angela (Glenne Headly) typically harps on her son's love life, wanting him to find a nice girl to settle down with. Of course he doesn't have any nice girl to bring home; all his favorite girls live on his computer.

For his first time writing and directing, Joseph Gordon-Levitt pulls no punches. He daringly dives headfirst into this sleazy character and doesn't clean him up for mainstream audiences. His eye for visual cues is impressive, frequently implementing parallel imagery to show Jon's personal progression. He uses these visual callbacks so much that it actually borders on redundancy, and might give the sense that Gordon-Levitt just wasn't creative enough to think of a new camera angle. He shows a remarkable knowledge of the craft, allowing the visual and aural nature of cinema assist him in telling his story.

Gordon-Levitt obviously understands his character really well. Flashes of pornography infringe into the picture the same way it does in Jon's mind. No matter what he's doing, it's at the periphery of his vision. He's the Alpha Male of his friends, and talks with the bravado to back it up. In both writing and performing this character, Gordon-Levitt captures all his flaws, strengths, and idiosyncrasies. As for his writing outside of Jon, he can be a bit overt. His major themes are often spoken outright within the dialogue, leaving little ambiguity to contemplate. As mentioned, Jon Sr. is a bit obvious and Danza plays him accordingly; he's loud and obnoxious, and he says what's on his mind.

"Don Jon" isn't always a smooth watch and Gordon-Levitt has some kinks to work out before he can be considered a great writer/director. Though mostly really funny, he sometimes loses control of his tone and moments become awkward and unnatural. However, it never happens long enough to derail the movie, which is wonderfully entertaining through it's 90 minute run time. One last complaint: the resolution feels very rushed and somewhat out of the blue. It's a good ending, it just didn't have enough behind it to be justified.