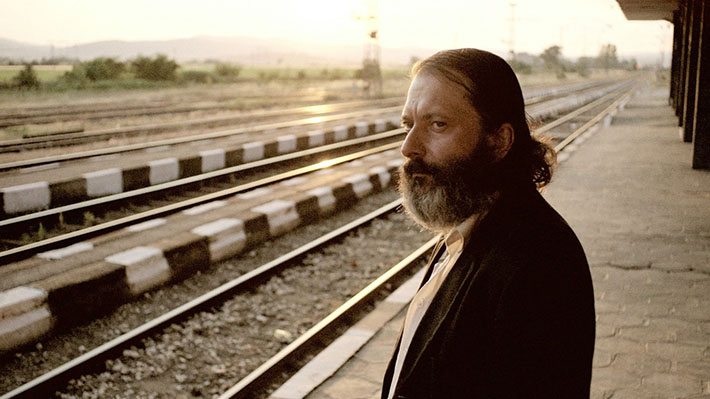 Doing the right thing seems impossible when no one knows exactly what “the right thing” is. One morning, railroad linesman Tzanko Petrov (Stefan Denolyubov) finds millions in cash lying on the tracks. Rather than keeping the money, he calls the authorities and becomes an unlikely hero when Julia Staykova (Margita Gosheva), the head PR rep for the Ministry of Transport, turns this event into a celebration of the virtue of the Ministry’s employees. Tzanko is feted by the Secretary on national TV and receives a brand new watch meant to make him even more efficient at his work. The problem is his new watch doesn’t work, and in the hullabaloo of the ceremony Julia lost his watch, a family heirloom with much more meaning than she’s bothered to consider, after all she has her own problems to deal with.

In the wickedly titled Glory directors Kristina Grozeva and Petar Valchanov go to the heart of bureaucracy to discover, well, a lack thereof. The world they chronicle is filled with people willing to disregard the humanity in others if it doesn’t help them advance in their careers. But the film avoids easy condemnations, instead showing us how each character have come to define their priorities. For someone like the lonely Tzanko, it’s a matter of doing an honest job and celebrating the legacy of his ancestors, he would probably be shocked to discover Julia has chosen to put a pause on her motherhood plans to pursue her career. But Tzanko would never stop to consider how much bullshit Julia must’ve had to put up with in order to have such a high profile job, making this the rare film that deals with social class and gender issues by acknowledging how related they are.

Grozeva and Valchanov constantly show Julia as being an emasculating figure, she asks her husband and male obstetrician to pause their conversation when she needs to take a work call, and in a darkly humorous scene she makes most of her male co-workers take off their pants so she can dress Tzanko in a manner she sees fit. Without needing to put it into words, the filmmakers make a plea for Julia’s case, so that her apparent lack of sympathy for the poor Tzanko is more understandable. Nobody leaves Glory unscathed and by the time the film reaches its inevitable, heartbreaking conclusion it’s evident that the filmmakers left the project with perhaps even more questions than they had going in.

Review: The Square
Interview: ‘Polina’ Directors Angelin ...
Interview: Fernando Trueba on ‘The Queen of ...
Clouded Visions: The Films of Yo Ota