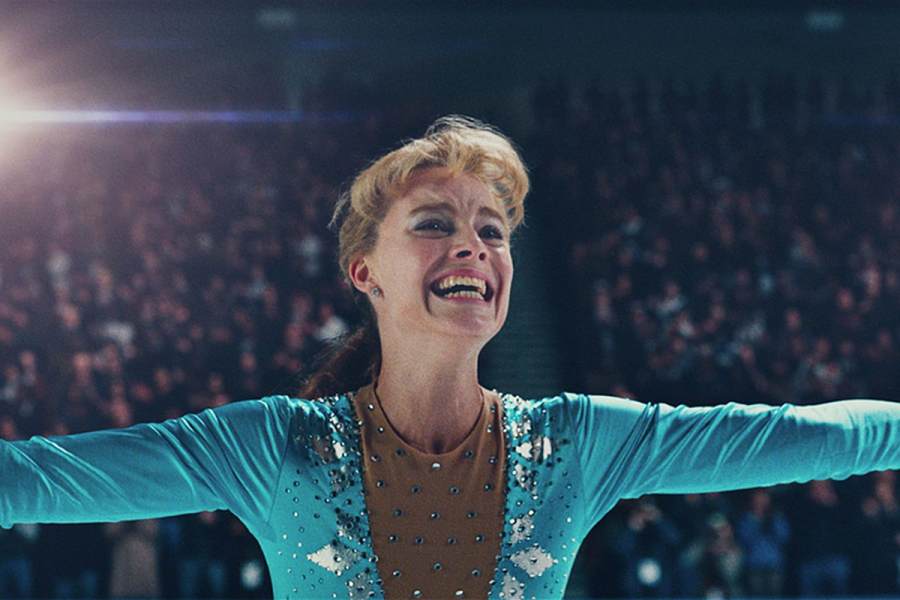 I, Tonya is a fun movie, and it knows it. Telling the story of disgraced Olympian figure skater, Tonya Harding, who was (debatably) complicit in the attack of her teammate Nancy Kerrigan in 1994, the new movie is told in a style that savages the fourth wall, quick-cuts into fantasy scenarios, and includes narrators who deadpan about their “plotlines.” Scored with a pumped-up hair metal soundtrack, you have just about as much fun as you possibly can in a movie that is mostly about child abuse, spousal abuse, and broken dreams.

Margot Robbie plays Tonya, a casting choice that caused skepticism at first, mostly because Robbie’s persona as a blisteringly beautiful starlet seemed hard to square Harding’s reputation as the stockier, ugly duckling of figure skaters. But Robbie, who also co-produced the movie, is evidently hauling herself out of the sexpot trap she’s been stuck in since 2013’s The Wolf of Wall Street. She does a fine job and certainly has some sort of accent going, although the director inadvisably includes a clip of the real Harding at the end of the movie, which makes it clear Robbie’s impression is of a vague, ‘white-trash’ stereotype, and has little to do with Harding’s distinctive lisp and girlish affect.

But that aura of an unspecific nod towards poor whites is present in more ways than Robbie’s accent. Like this year’s Logan Lucky, which aimed for a demographic that became a hot topic throughout the presidential election (and missed the mark, judging from the box office receipts), I, Tonya seems to have a similar timely interest in the eternally euphemized “white working class”.   The story of Tonya---abandoned early by her father, left at the mercy of a chain-smoking mother (Allison Janney) whose verbal abuse is only matched by her physical abuse, who marries (surprise!) another abuser, in the form of Jeff Gillooly (Sebastian Stan)---is less about the sport, and more a parable of the mire of cyclical, inescapable circumstances of class. It is a black comedy throughout, whether it is looking at domestic violence or the bumbling plot to attack Kerrigan, but I resist the accusations that this means the movie takes either lightly.

Humor should not be conflated with derision, although of course there are cases when the two collide. But more often, humor is employed in situations where it’s too hard to say it straight. And the story of the eternally miserable, the mocked, the pathetic, the losers, the abusers, and the ruined is evidently only gaining a tentative foothold in the American consciousness. Who are these people?, urban America collectively marveled in Novemer 2016. This is in bad taste, they say of any depiction of such people. At least I, Tonya is trying.