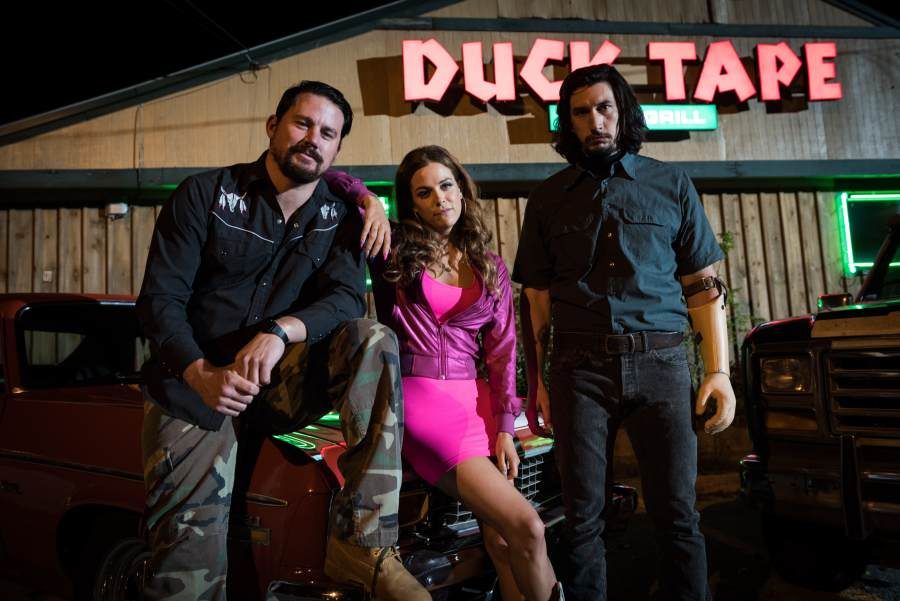 The heist movie is a micro-genre that makes certain promises. We must have a Rube Goldberg machine of a plan — thrilling in its mild opacity and unexpected precision; the prize must be cartoonish in its concrete dimensions (think big diamond, or piles and piles of cash); there must be a demolition expert; and the hero must be a charmer, just edging into disreputability. Unless this one last heist comes off successfully, that is. For what it’s worth, Steven Soderbergh’s new movie, Logan Lucky, fulfills these.

In his continuing bid to stick it to the big studio system, Soderbergh has funded and marketed this movie without any of the major studios. Part of this tactic demands a recognizable cast, and recognizable they are. We have Channing Tatum (Magic Mike), Adam Driver (Girls, The Force Awakens), Daniel Craig (James Bond), and increasingly minute bit parts from big faces, from Katie Holmes to Hilary Swank.

The thing about the movie star system, as it informs our viewing, is that it takes a major step out of our process of looking at people. It is short-circuited. One does not see, one recognizes. This is how Logan Lucky works as a movie, too. The elements of the plot are inviting, recognizable. They require exactly no lift at all from the viewer. Tatum and Driver play brothers, down on their luck but plucky and supportive, if affably galled, with each other. Tatum has an ex-wife (Holmes) who married a man in a big McMansion, but he has a sweet little daughter (Farrah Mackenzie) from the union, on whom he dotes. Laid off due to corporo-bureaucratic hedging, the brothers draw up a plan to steal the cash at the Charlotte Motor Speedway.

They assemble a team which includes Craig as a peroxide-blond demolition expert, and their little sister, played by Elvis’s granddaughter, Riley Keough, who plays the sort of crop-topped car expert that I can only assume is well received in certain circles. They also include Craig’s character’s brothers, played by Jack Quaid (Meg Ryan and Dennis Quaid’s son) and Brian Gleeson (Brendan Gleeson’s son), who do poor and broad impressions of rednecks. Soderbergh probably had a more exciting time raiding celebrity nurseries for his cast than we do watching these half-drawn characters come together.

But the movie plods on in a precise reiteration of the classic heist. We don’t even need the plot to be fully executed. There is a love-story that gets probably 4 minutes of screen time, but so familiar are we with the way in which this works, we don’t need any more than that. Like the big, broad cast of well-known faces, the well-known plot means you don’t really have to look, you can just sit back and recognize. It really makes you wonder why Soderbergh goes through all the trouble to avoid the big studios. Clearly, he wants a palatable success to prove his model works, but if this is the product, is it really a victory?