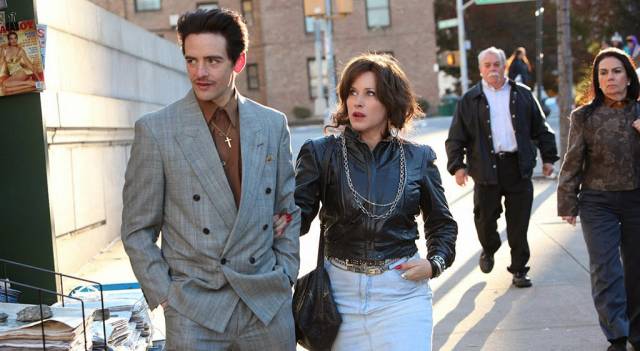 Every celebrity has his fans, including John Gotti. Director Nick Sandow’s The Wannabe tells the story of the Gambino boss’ biggest unknown disciple, Thomas (Vincent Piazza), a loser drug addict from the Bronx with major mafia aspirations. Set in 1992, Thomas spends most of his time attending Gotti’s final trial and plotting to fix his acquittal. A plan he believes will make him a “made man.” At a block party in Queens, Thomas meets and soon falls in love with Rose, an aging ex-hooker and addict, played impeccably by Patricia Arquette. Both outcasts, they live in a world of cocaine swaddled delusion, tragically in love and provoking each others worst qualities until they find themselves backed into a corner; essentially a mafia themed Sid and Nancy.

The Wannabe is a brilliant new look at an age old topic, entwining historical facts and true characters with sharp commentary on the media and pure human desperation. We quickly learn that Thomas has no real involvement with the Gambinos, rather, he gets all his information from the courtroom, the radio, and his own research. He revels in his intimate knowledge of where everyone gambles and exactly how Paul Castellano’s assassination went down. Although he has the guns and drugs (and the black Russian hat), it is clear that Thomas will never be accepted, by anyone except Rose, that is. Rose has been knocked down by everyone in her neighborhood and Thomas is the first person to treat her with any true respect. They complete each other.

The most important takeaway from this tale of fandom gone awry is the role of the media. Sandow takes no specific stance on what the news should and shouldn’t cover. Instead, he shows the troubling effects of mob glorification on one lonely guy. In the search for acceptance, the concept of a “family” can be appealing, no matter the cost. Thomas’ misplaced obsession with the media and image manifests itself with the attempted murder of a controversial radio personality. Another failed jump at inclusion.

Arquette’s Rose is a worn-down, outspoken survivor who feeds off of Thomas’ sweetness and idealism. With no support system, she must reconcile finding her only happiness in the world that had previously ruined her. Arquette’s performance is heart-achingly melancholy and stoic while still portraying the desperation of an unanchored woman. She is the inarguable gem of The Wannabe, elevating the film’s emotional standing to a higher complexity. Steeped in mafia history and high talent, and touting Martin Scorsese's blessing as an executive producer, any fan of period mob flicks will enjoy this tragic underdog tale.