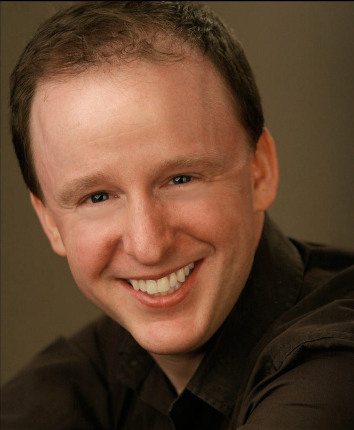 The musical revue is a durable genre—and why shouldn't it be? A link of sorts between a standard cabaret show and a musical play, the revue is a straightforward way of showcasing the work of emerging songwriters as well as of performers. The careers of such talents as Rodgers & Hart, Comden & Green, Jerry Herman, Eartha Kitt, Judy Holliday, and Barbra Streisand were all advanced by revue work—sometimes in theatres, sometimes in clubs.

thirtywhatever—conceived and directed by Eric Michael Gillett, with songs by Patrick Dwyer—continues the tradition. As its title implies, the show spotlights the joys and travails of that watershed decade when youth ends and middle age starts beckoning. It's performed by a lively and musically talented group of young singer-actors. The songs and the sketches (Gillett had some help from Barry Kleinbort on the latter) touch on such topics as job dissatisfaction, dating woes, the challenge of finding suitable urban living arrangements, and the haunting tick of the biological clock in the absence of a suitable mate.

Musically, the performers excel in the ensemble numbers, including the title song (which opens the show) and "Sunday Brunch," a country-gospel hymn to leisurely weekend feasting that cleverly interpolates snippets of "Amazing Grace" and "Jesus Loves Me." Whether a cappella or supported by musical director and pianist Alvin Hough Jr. and bassist Owen Yost, the voices harmonize warmly and confidently. As for solo numbers, the sweet notes of Erin Wegner Brooks and the smooth and understated sounds of James Seol deserve special remark.

The show is surprisingly PG-rated. In fact, with the exception of some mild gay content and references to cyber-dating, most of the material here would have fit comfortably in a revue staged during the Kennedy administration. A number of the songs—including "Adam and Yadeh," "I Can't Wait," and "Swipe Right"—are relentlessly bouncy. They're reminiscent of songs for kids from TV's Sesame Street (or the parodies of such numbers in the musical Avenue Q). The upbeat nature of the show is welcome, especially in the midst of a winter when many cabaret-goers' minds are focused on the nation's worrisome political scene. But sometimes thirtywhatever is, frankly, a little bland. From my observations, actual New Yorkers in their thirties aren't always as perky and polite as the loosely drawn characters in this show. They're much more full of irreverent mischief (and they tend to curse with impunity).

Dwyer's musical lines—especially in those bouncier selections—are too often derivative and/or undistinguished. The lyrics are short on delicious rhymes or other engaging wordplay (although I did like the premise of "Another Word for Love," which draws on the celebrated Lorenz Hart tack of expressing love by studiously avoiding a direct declaration of it). Further development of certain songs would really help. Take, for instance, "My New Roommate," performed by Brooks and Kathleen Stuart. It's a love fest between two young women, previously strangers to one another, who celebrate their good fortune in finding a simpatico roomie. I kept waiting for a follow-up verse (or maybe a reprise later in the show) when the two women would begin to quarrel or at least get on each other's nerves: something to usher in a little conflict. It didn't happen.

To be fair, not all songs are sheer fluff. Early on, Christopher Redding sings about the agony that comes "When You're Good at a Job You Hate." Later, in "Sometimes," Correy West confides about having been abandoned during childhood by his father. And then, toward the end of the evening, the show's chief comic performer, Booth Daniels, sings two solo numbers about getting through a serious medical crisis. The first one, "When It Happens to You," is predictably somber, but the second, "That's Not Helpful" (about irritating things people say to a friend whose life is on the line), has real bite. Well performed by Daniels, the song earns more laughs than any other number in the show, perhaps because the stakes are higher than at any other point in the show.

But my candidate for best song of the evening is the heartfelt "Next Year's New Year's Eve," sung first by Brooks and West, and then again at show's end by the full company. The lyrics dream of, and yearn for, a time somewhere down the line, when connection happens and romantic cravings are fulfilled. The number casts a most flattering light on the performers, as well as on songwriter Dwyer. I've long thought that there aren't enough good New Year's Eve songs. This one is a welcome addition.