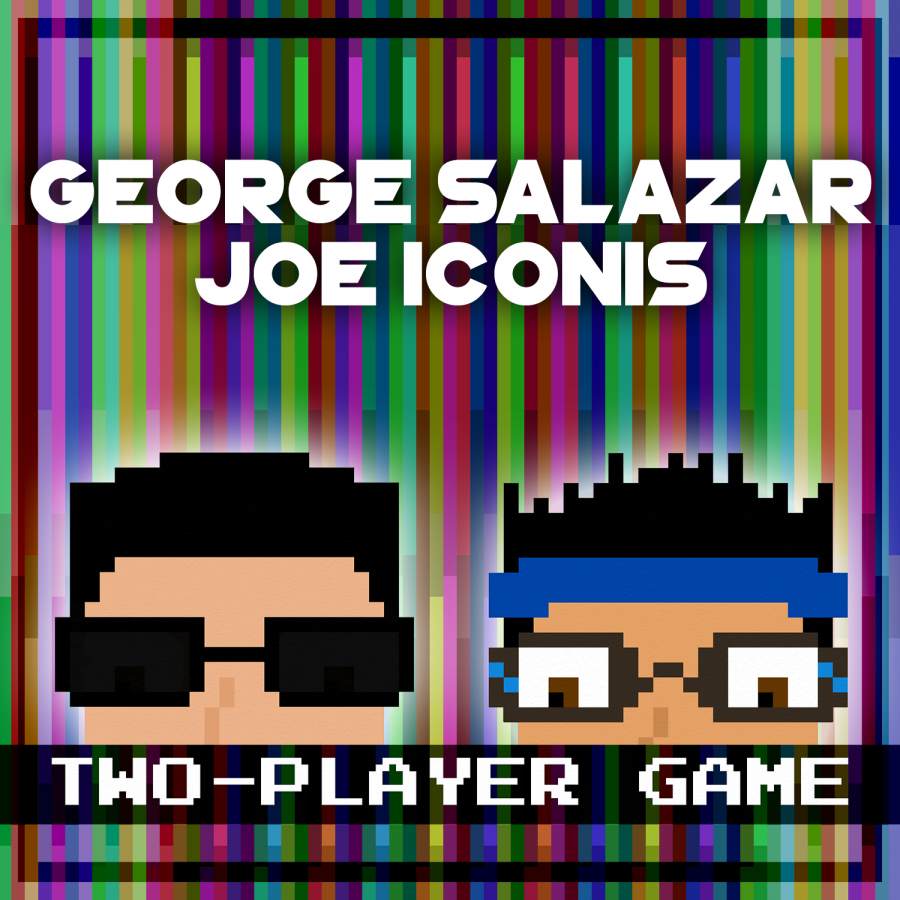 Two-Player Game, the new album from Joe Iconis and George Salazar, is the musical equivalent of solid gold. There's no song that isn't delightful, no moment that isn't interesting. The album speaks not only to Joe Iconis' and George Salazar's mutual friendship, but to their mutual passion for storytelling through musical theatre. Be warned: their enthusiasm is extremely contagious.

The album features songs written by Joe Iconis for various projects, including NBC's Smash and Iconis' musical Be More Chill. Other songs are from musicals in the works, or apparently just from the mind of Joe Iconis. Regardless, each one tells a distinct and distinctly human story, shaped by the composer's endlessly clever lyrics and George Salazar's ability to convey the whole spectrum of human emotion using only his voice.

Once you start listening, you probably won't be able to stop. And since we encourage musical theatre bingeing here at Stagebuddy, we're happy to start you on that path with our top five picks from Two-Player Game.

If you remember this song from Smash, we salute you as a true musical theatre nerd. But you’ve never heard it like this. The combination of Joe Iconis’ playfully stripped down piano and George Salazar’s incredibly emotive vocals is magic. Though the title suggests this song might be about an aspiring Broadway star, it's actually much more literal than that: the entire song takes place mid-air, as the singer falls "through the sky" to the street (Broadway) below. In other words, he's a suicide jumper. Wow, you're thinking, that's dark. But that's the strange thing about this song; it doesn't feel dark at all. In fact, it feels almost inspirational. Another thing: it's catchy as heck. If you can stop after one listen, you've got more self control than we do.

Michael In the Bathroom

Two-Player Game features several songs from Be More Chill (including the title track), but "Michael In the Bathroom" is the one that really stands out. George Salazar played the role of Michael Mell in the original cast, and he’ll be doing it again starting in July, when Be More Chill opens Off-Broadway. In the meantime, if you need your George Salazar/Be More Chill fix, you can just play this song on repeat. George Salazar conveys so much raw emotion as Michael Mell, we'd give him a Tony Award just for this track if we could. But it's not all belting at the top of his lungs. He knows when to reign it in, and that makes this track even more effective.

Here’s another one from Smash. And sure, that original rendition from the TV show is all right, but nothing tops George Salazar just belting his heart out repeatedly. There's something incredibly pure about this track. Maybe it's Salazar's smooth vocals. Maybe it's the gentle piano accompaniment. Maybe it's the tender, poignant lyrics ("I'd stay if I could, but the universe won't let me"). Fair warning: you might cry.

Did Joe Iconis just allude to The Great Gatsby? Quite possibly. (He does have a striking song about Alfred Hitchcock’s Psycho earlier on the album, so anything’s possible.) “Kaboom” isn’t from any musical that we know of, though it could be. It's just a really great song. A kid read a book by "some guy who's dead," and it changed him forever. Who can't relate to that? Igniting and beautiful, this song is your new anthem.

“Vagabond” is seven minutes of pure joy. It's a folksy, blues-esque song, but it's much more exciting than your average blues song. George Salazar pulls out all the stops, and probably has more fun singing this song than is legally permissible.