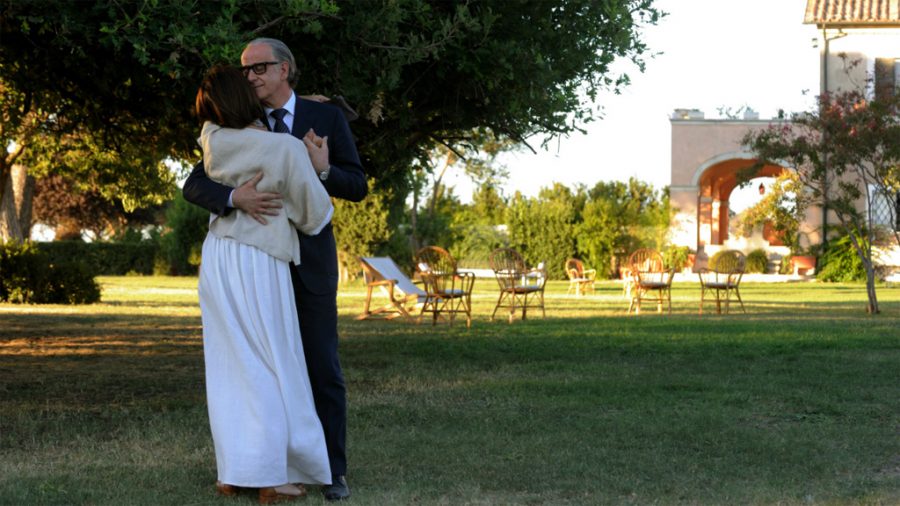 “The Great Beauty” begins with an epigraph by Louis-Ferdinand Céline: “Travel is useful, it exercises the imagination. All the rest is disappointment and fatigue. Our journey is entirely imaginary. That is its strength.” From the soothing sublimity of “I Lie”, sung in Yiddish, to the pagan screech of an exuberant fête, “The Great Beauty” opens wide to take in the whole off existence in a single breath. That breath is Roma.

Polarities, excesses, and asceticism are the elements of a film that sets out on an ambitious path in search of human greatness, whatever that is (I suppose we only know once we get there). Jep Gambardella, played by Tony Servillo, turns to us for the first time during his birthday party with a charming smile; no one would ever know he longs for something else. At a certain moment during the party the music is chopped and screwed and we hear only Jep. We come to the core of his soul. To the question that determined his life. What did he want most in life? When he was young, his friends answered pussy, but Jep answered the smell of old people’s homes. La Grand Bellezza looks closely at the sublime path, the invisible life of effort.

A performance artist head-butts a stone bridge at full speed. Unlike the audience that is moved by a reverential sense of curiosity, Jep is stoic. He knows the great commitment that leads a person to the ultimate sacrifice, of which the performance is only an example of, but it’s a performance and Jep is a connoisseur of this spiritual hinterland, so he’s skeptical of this artist’s motive in having an audience. Later in the film, when Jep tries to interview Sister Maria—a well-known holy woman--the nun says that she cannot give him an interview because she has taken a vow of poverty. She goes on to say that poverty cannot be talked about, instead it must be lived.

Sister Maria climbing to the top of a staircase and a young beautiful woman in an island, are they comparable? For Jep they are. This juxtaposition seems to ask what is more important, the ends or the means. Another way of putting it is what is more important, the journey or the destination? Jep stopped writing because he was looking for the great beauty and couldn’t find it. What he discovers is that not finding the great beauty, is finding it. And there is something even more absurd: it’s all a trick. Blah, blah, blah says Jep.  A work of the imagination says Céline.