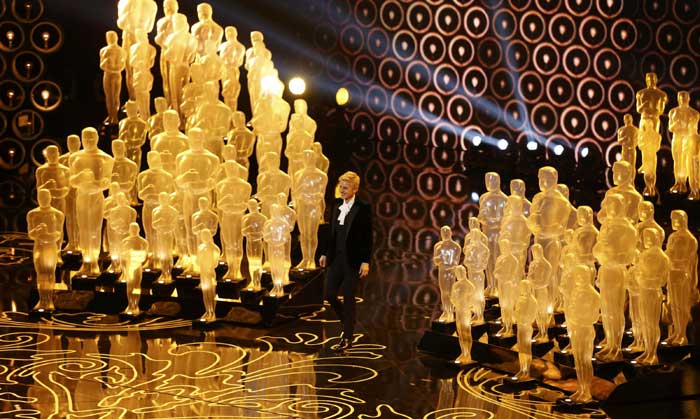 After months of campaigning, prognosticating, nominating, analyzing, and trophy-giving, Hollywood's award season is finally at an end. Last night's 86th Annual Academy Awards were a relatively loose (if prolonged) affair that promised to be one of the most exciting ceremonies in Academy history...and wound up feeling surprisingly safe. Over the past couple of weeks, I've published my predictions for every category. But predictions are easy to make when there are no consequences, so for the sake of accountability let's examine exactly how I did. 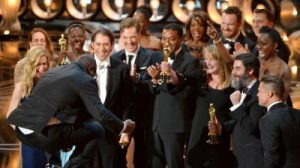 It was going to be either "12 Years A Slave" or "Gravity". As I said in my Best Picture Prediction article, it could go either way, and "12 Years A Slave" was undeniably the safer choice. But I chose to go with "Gravity" instead, feeling that widespread support for the awe-inspiring space epic might tip it past the more divisive slave drama. But in the end, the Academy went for tradition over innovation. "12 Years" is a searing and essential film which definitely deserved its win, but it's no secret that the Academy generally prefers weighty historical dramas over spectacle, so the end result should have surprised no one. There were two major categories up in the air this year (Picture and Supporting Actress), and since I went with the safer option of Lupita Nyong'o in her race, I decided to take a risk here, which unfortunately didn't pay off.

However, even though "12 Years" won the top prize, "Gravity" was still the biggest winner of the night. "12 Years" only won 3 of the 9 awards it was nominated for, while "Gravity" took home 7 of its 10, making it the film with the most trophies this year. The only awards it lost out on were Best Picture, Best Actress (which was a foregone conclusion), and Best Production Design (which "The Great Gatsby" took home for its lavish visuals). "12 Years" won the most important award; "Gravity" won the most awards. Both ended the night as winners. 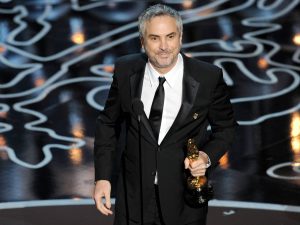 The Academy followed the Golden Globes' lead from earlier this season and awarded Picture to "12 Years" but Director to Alfonso Cuarón for "Gravity". Traditionally, these awards go hand-in-hand (of the 86 Best Picture winners in Academy history, 62 have also won Best Director). Not counting last year, where the director of the Best Picture-winning film wasn't even nominated (Ben Affleck for "Argo"), the last time the two top prizes haven't lined up was back in 2005, when Ang Lee won for directing "Brokeback Mountain", but the film itself ended losing in a shocking upset to "Crash". But this year, with so much love for both these superb films, it's understandable that the Academy would want to spread out the recognition. 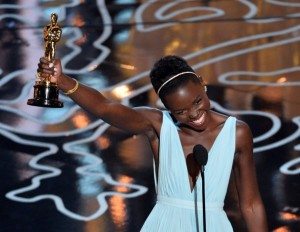 No one could pull off an upset against the awards juggernauts that were Cate Blanchett and Jared Leto, who walked away easily with the Best Actress and Best Supporting Actor prizes, respectively. Matthew McConaughey's standing as frontrunner for Best Actor was less secure than either of those winners, with either Chiwetel Ejiofor or Leonardo DiCaprio conceivably able to steal it from him. But in the end there was no surprise, as the former surfer dude added one more trophy to his mantle. In by far the closest acting race of the night (Supporting Actress), I had Lupita Nyong'o just a hair ahead of Jennifer Lawrence due to her newcomer status. Lawrence is arguably the most famous starlet of her age, with indies ("Winter's Bone"), major action franchises ("The Hunger Games", "X-Men") and prestige dramas ("American Hustle", "Silver Linings Playbook") all on her resumé by the ripe young age of 23. But even her undeniable star power wasn't enough to win her two acting Oscars two years in a row (a feat only accomplished five times in history). Nyong'o took home the award -- and delivered the classiest speech of the night. 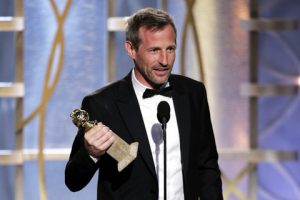 "12 Years" winning Best Adapted Screenplay was a good sign for its Best Picture chances, while Spike Jonze took home his first Oscar for "Her". Neither of these were a sure thing, but neither of them were exactly surprising, either. Jonze's romantic sci-fi screenplay was the definition of "original", while John Ridley masterfully adapted Solomon Northup's life story into a taut, tension-filled script. 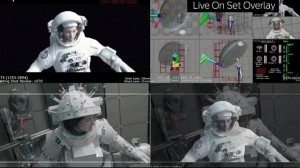 It was a foregone conclusion that the technologically innovative and visually stunning "Gravity" would clean up in the technical categories, and it did not disappoint, winning for Film Editing, Cinematography, Sound Editing, Sound Mixing, and Visual Effects. The only risk I took was in predicting "Captain Phillips" would steal the Film Editing trophy from the outer space epic, after winning the equivalent prize at the Film Editors Awards. I should have stuck with "Gravity", as it ended up sweeping all five races. 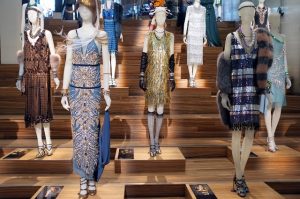 Competing against "Jackass Presents: Bad Grandpa" and "The Lone Ranger", it was not exactly a shocker to see "Dallas Buyers Club" walk away with Best Makeup & Hairstyling. "The Great Gatsby" took both Production Design and Costume Design awards. While I had the former pegged, I thought the Academy might give Costume Design to "American Hustle", especially since it was one of the only categories the beloved film actually had a chance in. Since I predicted (correctly) that Supporting Actress would go to Nyong'o over Lawrence, I figured voters would decide to award "Hustle" instead for either Original Screenplay or Costume Design. In the end, it was neither, making "American Hustle" one of the losing-est films in Oscar history.

David O. Russell's period crime caper started the night tied with "Gravity" for most nominations (at 10) and went home with none. Only two films in the Academy's 86-year history have lost harder: "The Turning Point" (1977) and "The Color Purple" (1985) were both nominated for 11 awards without winning a single category. "Hustle" also has the distinction of being one of only fifteen films in history to be nominated in all four acting categories. Now, it's one of only three films with that distinction to not win any of those four awards (after "My Man Godfrey" in 1936 and "Sunset Boulevard" in 1950). That must sting. 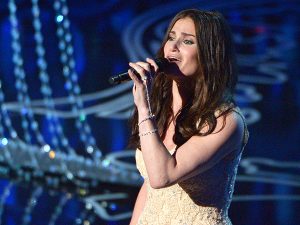 Steven Price won his first Oscar for filling the silent vacuum of space with his incredible score in "Gravity". And "Let It Go" continued its quest for world domination by stealing Oscar gold. (The song was performed live at the ceremony by "Frozen" voice actress/Broadway star Idina Menzel.) 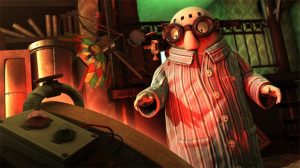 "Frozen" was an easy call to make as the Best Animated Feature of the year. Italy's "The Great Beauty", the frontrunner for Foreign Film, didn't disappoint. And as much as critics raved over "The Act Of Killing", it came as no surprise to see the gut-wrenching documentary about Indonesian genocide lose out to the crowd-pleasing tale of backup singers, "20 Feet From Stardom". In the Short Film categories, I nailed my guesses for Documentary Short (the Holocaust survivor story "The Lady In Number 6") and Live Action Short (the fantastical "Helium"), although I thought Disney's widely-seen "Get A Horse!" would come out on top for Animated Short. That award ended up going to "Mr. Hublot", about an eccentric man and his robot dog.

Not too shabby, if I do say so myself. It doesn't hurt that, of the four categories I missed (Best Picture, Best Film Editing, Best Costume Design, Best Animated Short), I had the eventual winner picked as my Possible Upset.

"All Is Lost"
"Captain Phillips"
"Gravity"
"The Hobbit: The Desolation Of Smaug"
"Lone Survivor"

"Gravity"
"The Hobbit: The Desolation Of Smaug"
"Iron Man 3"
"The Lone Ranger"
"Star Trek Into Darkness"

"The Croods"
"Despicable Me 2"
"Ernest & Celestine"
"Frozen"
"The Wind Rises"

"Do I Have To Take Care Of Everything?"
"Helium"
"Just Before Losing Everything"
"That Wasn't Me"
"The Voorman Problem"

Were you happy to see "12 Years A Slave" win Best Picture? Or were you rooting for something else? Did any of the winners surprise you? How do you think Ellen did? Tweet us @Stagebuddy and let us know what you thought about this year's Oscars!