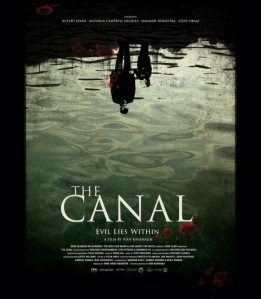 "The Canal", a horror film written and directed by Irish filmmaker Ivan Kavanagh, had its world premiere at the Tribeca Film Festival on April 18. It stars Rupert Evans ("Hellboy") as a loving husband and father who, after he discovers archival footage of a grisly murder that took place in his home decades earlier, succumbs to paranoia, jealousy, and fear. The film is a visually arresting descent into madness that had the Tribeca audience screaming aloud in terror. (Read our review here.) We got the chance to sit down with both Kavanagh and Evans to discuss the director's inspirations, the actor's motivations, and the importance of ambiguity.

StageBuddy: I really enjoyed your movie — it scared the crap out of me, which I love. The guy sitting next to me, a total stranger, literally shrieked out loud at one point.

Ivan Kavanagh: Really? That’s amazing. The premiere was last night -- it was the first time we saw it with an audience as well, and there were a few screams and jumps. That’s one of the great things about horror films: you get a vocal reaction. It’s amazing. I suppose comedy is the same, that’s how you know it’s working.

SB: Obviously, horror is a very divisive genre. People either love it or hate it. Some people may not like Westerns, but nobody hates Westerns the way they hate being scared. You obviously love it. What is it about horror that draws you?

IK: Some of the most vivid memories of film for me were being scared as a child watching films. I remember I was sick, I had a fever or something, and I got up in the middle of the night and I went downstairs, and my mother and father were watching “Rosemary’s Baby”. It’s at the end scene where she looks into the crib, and says, “What have you done to his eyes?” I was about 7 at the time, and it stayed with me. Still to this day I have a memory of being scared by it, but also attracted to it as well. And it sort of got my imagination going.

I love all types of films, and I’ve made different types of films as well, but what I love about the horror genre is, anything is possible. Visually, and also sound -- you can push it to the maximum, especially when you’re making a film like this that may be taking place entirely inside one protagonist’s head. You can go anywhere with it, you can create a whole world. That’s why I love the horror genre. Some of my favorites are “The Shining”, “Rosemary’s Baby”, and I love “The Texas Chainsaw Massacre” — that’s probably one of the most visceral films I’ve ever seen. That’s the closest to a waking nightmare I’ve ever had in the cinema. That’s what the best horror films for me have, are those — like nightmares — sort of uncensored, unfiltered images. 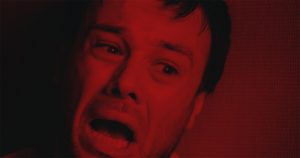 Rupert Evans: Like Ivan, what I love about horror films is that you know you’re going to be scared, but you don’t quite know when. There’s that sort of weird game the movie plays with you, where you’re sitting there in the dark, waiting, and you want it to happen, but you don’t want it to happen. That’s what I think appeals to me about horror movies, is that for an audience, you get a tangible [response]: you can see them jumping, or they make noise. Last night was really satisfying, just being in the cinema and hearing Ivan controlling these people through the images.

IK: I remember, my nephew was obsessed with “Jaws” when he was quite young. He shouldn’t have been watching it, really. But he used to say, “Switch it off.” And then, five minutes later, “Put it back on.” It was like a challenge. Hopefully there’s a bit more to the film than that as well, it’s also about character.

SB: Speaking of characters, there was something about David that reminded me a lot of some other protagonists from contemporary horror movies like “The Orphanage” or “The Descent”, in that this is a character that’s dealing with some really complex issues of loss, grief, sanity — in a film that also happens to be terrifying. What was it about David’s story that drew you to the character?

RE: Yeah. Those three things are really key to me. So for this, David goes through a huge change. You see him happy and in a relationship, and then he sort of suspects his wife is having an affair, but doesn’t know, and yet does, and then it all unfolds. His love for his family and sort of the anger and frustration and sense of loss and how he deals with loss really interests me. To see the journey of the character, that’s what really appealed to me. If the character changes, then it’s interesting for an actor.

SB: I felt a lot of homages in your film to Dario Argento, especially the red color wash and the very sudden moments of body horror. 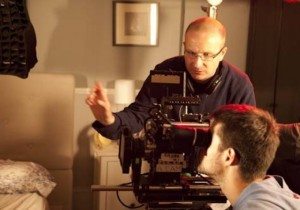 IK: I love early Argento films. I love that stylization. I love that they create their own worlds. And the way I wanted this film to be was, it’s detached from reality. It’s in its own world. That’s what I love about those Argento films, which me and the DP looked at repeatedly. Especially for the slow zooms, and the color palette as well, and also we went back to 1970s lenses to get an older look as well. I love “Suspiria”, I think that’s a great film. It creates an amazing atmosphere; the music, and those splashes of red. It’s almost operatic.

SB: One thing Hollywood loves to do whenever there’s a great foreign film is take it and remake it. Obviously, with “The Canal” there’s not the issue of a language barrier like there was with “Let The Right One In”. But, hypothetically, if a director approached you and wanted to tackle your material, what advice would you give that person that would be crucial to them doing your film justice?

IK: To keep the ambiguity, I think. To not explain everything. I like ambiguous films that stay with people and you can interpret them in different ways. You might think about them months after you’ve seen them. Films that give you all the answers, you forget them instantly after you’ve seen them. Kubrick did it a lot. “The Shining” doesn’t make any sense. But that’s what’s so beautiful about it! It leaves you room to dream.

IK: It’s haunting, yeah. There are so many mysteries in there. Not that I’m comparing ["The Canal"] to a great film like that, of course. But I love that open-ended-ness. I love that everyone’s interpretation is equally valid. That’s something I try to hold on to.