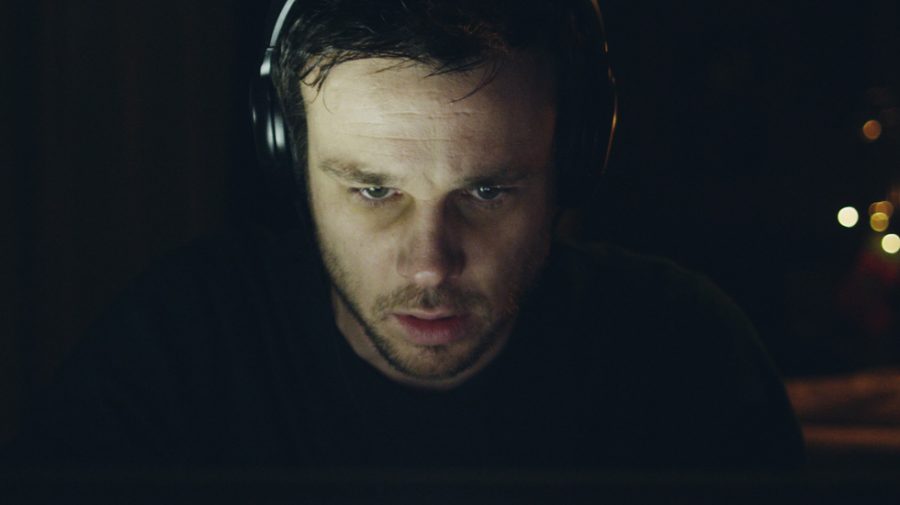 If you sort through the jumble of indies, documentaries, and foreign films premiering at the Tribeca Film Festival, you'll manage to find a couple of horror films. Their genre both separates them from the pack and binds them together. Yet, aside from bearing the same label, "The Canal" and "Extraterrestrial" couldn't be more different. The former is a slow-moving, eerie meditation on loss and paranoia that manages to get under your skin; the latter is a shoot-em-up schlock-fest that manages to bore you to tears.

"The Canal", written and directed by Irish filmmaker Ivan Kavanagh, is a fascinating blend of old school and new world horror, and perhaps the most atmospherically creepy film since 2007's "The Orphanage". The influence of legendary horror director Dario Argento is clearly felt in Kavanagh's work here: the slow-burn film is dimly lit and infused with a wash of color (most often a sinister red); the jangling soundtrack keeps the audience from ever becoming too comfortable; and the sudden and unexpected instances of body horror are jarring and effectively used. But it's the fusion of this classic sensibility with more contemporary tropes that keep "The Canal" from feeling too derivative -- particularly the employment of video. Yes, the viewing of disturbing archival footage is straight out of "Sinister", and the use of a camera by our protagonist, David (Rupert Evans), to document events in his own home has been seen countless times over the past decade. But -- in another callback to a bygone era -- the camera David uses is traditional film, rather than a digital camcorder or shiny iPhone. (There's nothing quite like the repetitive clacking of an old-fashioned projector reel to build tension.) And in a genre increasingly reliant on jump scares, it's refreshing to see that most of the scares here come from surprisingly slow moments: the shadowy figure that may or may not be lurking in the reeds; the indecipherable whispers emanating from behind a wall; the fingertips gradually but inexorably curling over the top of a door.

Evans ("Hellboy") does a terrific job of growing increasingly unhinged as the events of the film spiral ever further into madness. Is he appropriately frightened of supernatural events occurring in his house? Is he simply paranoid? Or is he actually insane? With his wide eyes and pale face, Evans succeeds at straddling that line -- and the film draws out this central question as long as possible. In the end, it's the clichéd answer that ends up being the film's undoing. The carefully crafted film, which had thus far succeeded in both emulating and surpassing all manner of horror tropes, finally unravels in its final few minutes. A predictable twist and one particularly unneeded (and frankly misogynistic) image used for nothing more than shock value leave a bad taste in the viewer's mouth before the credits roll. Which is a pity, because for approximately 90 of the 92 minutes, Kavanagh accomplished the seemingly impossible: making the increasingly tired haunted house genre feel fresh.

That's certainly more than can be said for The Vicious Brothers ("Grave Encounters"), the writers of the insultingly derivative "Extraterrestrial". In what I'm sure they thought was a clever twist on the alien invasion genre, the Brothers have essentially crafted a cabin-in-the-woods thriller, but replaced Jason/zombies/etc with (not so) little green men. Unfortunately for them, since Joss Whedon so brilliantly skewered that trope with "Cabin In The Woods", filmmakers have to bring something new to the table if they hope to avoid feeling redundant. Not only does "Extraterrestrial" not provide anything new, it follows every rule of the genre as parodied in "Cabin", beat by slavish beat.

It becomes clear early on that the film is building towards a climax on the alien ship itself. Why, then, does it spend nearly all of its running time going through the motions of a home invasion flick before finally beaming up for only a few brief scenes? One can't help but wish The Vicious Brothers had let their freak flag fly a bit more brazenly, and set the majority of the film on the haunted house-like UFO. The soggy mess of a film isn't helped by some of the most groan-worthy dialogue in recent memory ("I said I'd follow you anywhere." "Even outer space?") or a cast of unsympathetic cardboard idiots. The only bright spot here is always-reliable character actor Michael Ironside ("Starship Troopers") as an unhinged, pot-growing, alien-hating loner. He's the only person in sight who seems to understand what kind of a movie he's in, and he chews the cheap-looking scenery with gusto. He's so good, you can't help but wish the film was just Ironside battling aliens singlehandedly for 90 minutes. As it is, "Extraterrestrial" fails to launch.