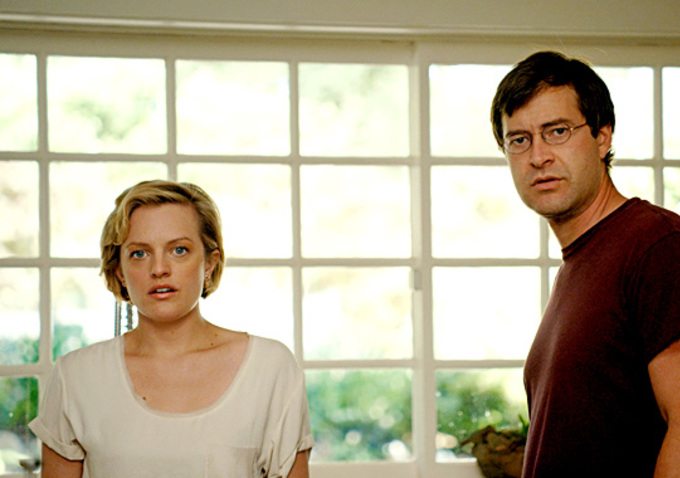 Once in a blue moon, through Hollywood's relentless onslaught of glossy remakes, reboots, sequels, and prequels, a film will emerge that's so unique, so creative, that it defies description. "The One I Love" is that film.

Starring Mark Duplass ("Safety Not Guaranteed") and Elisabeth Moss ("Mad Men") as a troubled couple in need of some emergency relationship repair, "The One I Love" is so delightfully odd that almost nothing can be said about its premise without spoiling enjoyment. Here's all you get to know: the couple, Ethan and Sophie, travel to a gorgeous countryside cabin for a secluded weekend alone, and then...things happen. The less prior knowledge of this film the viewer has, the better. Is it a comedy? A drama? A thriller? It's a little of each, and also far more than the sum of its parts.

This is the feature debut for both director Charlie McDowell and writer Justin Lader, but the smooth assuredness and confident tone of this quirky film belie their relative inexperience. Things start normally enough, with Ethan and Sophie in a therapy session that could be cut straight out of any by-the-numbers relationship dramedy making the festival circuit. But once the couple arrives at the cabin, things slowly start to get weird. The gradual crescendo of weirdness seamlessly transitions the film through several genres before reaching its haunting climax. Duplass and Moss are both stellar: he as a well-meaning if inarticulate shlub, she as a frustrated if committed spouse. The transformations that these actors go through in the space of 90 swift minutes is astounding; Moss, in particular, has to adopt so many different layers, it's a marvel that each of them is as believable as the next.

What's so gratifying about "The One I Love" is that, even in its oddest moments, it remains completely grounded and attuned to the (often very confused) emotions of its characters. The screwball nature of the plot isn't just weirdness for weirdness' sake; it's a refreshing and kaleidoscopic lens through which to view some well-trod themes. This use of a heightened reality to examine a topic that would otherwise be mundane (in this case marriage), is reminiscent of the way author Tom Perotta used the Rapture to dissect the trappings of suburban life in his novel "The Leftovers" (which is being adapted to series on HBO). It's a Charlie Kaufman-esque fantasy where the odd is the new normal. To be fair, there are more ideas here than answers -- but if everything doesn't quite come together in the end, the exhilarating, strange, often hilarious journey is more than worth the experience.

It's difficult to properly review a film you want your reader to know nothing about. So instead of spending more time spinning purposefully vague phrases, I'll keep it short: go see this movie.