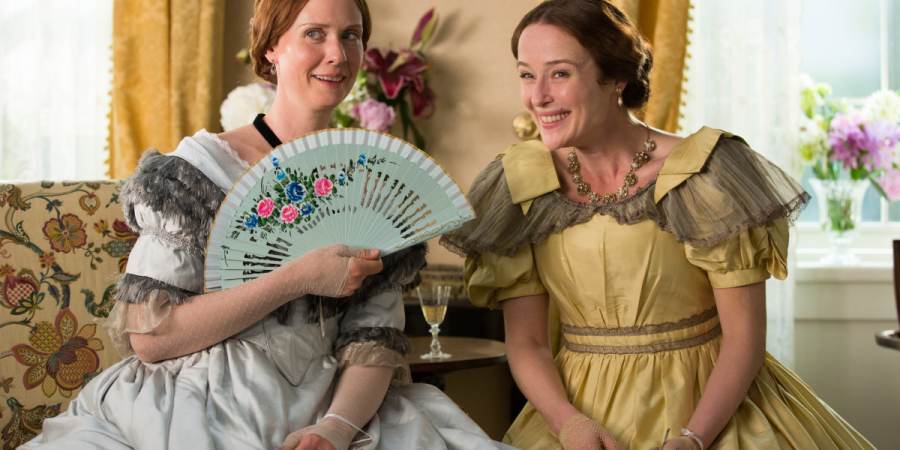 Last week, photos of Saffiyah Khan, half Pakistani/half Bosnian UK citizen, went viral when she came to assist a hijab-wearing Muslim woman getting harassed by a group of EDL lads. The English Defense League—an extreme right wing, anti-Islamic group— was out flexing their moral muscles that day. And there it was...Saffiya Khan’s defiant yet peaceful smile as she stood before the haters with her hands tucked in her pockets. In Emily Dickinson’s day they didn’t call it solidarity. She was accused of being a no-hoper. All the same, Dickinson’s protection of all things vulnerable seems to have been wrought by a love for truth and freedom coupled with her daring to “meticulously guard her soul’s independence.” She also faced unyielding haters.

In A Quiet Passion, we can understand how Dickinson may have started out: a calm smile, a daring eloquence. Over 150 years ago, Dickinson had the wits to challenge the prevailing code barring women from doing nearly anything at all. And while she wasn’t completely inoculated, she certainly possessed an uncommon resistance to the religious fever and status quo of her time. Writing poetry was a discouraged occupation for any woman then, let alone the way in which she wrote— her style and meter being completely her own.

Until now, there hasn’t been a film tackling this enigmatic woman’s story. We hear more often of her reclusive later years or fragility. Terence Davies’s film opens with a powerful face-off uncharacteristic of a Dickinson bio— it starts off with defiant luck and pluck. She basically gives the holier-than-thou pulpit a proverbial finger and gets to write poetry while others sleep. Smiling wryly, she banters brilliantly with authority figures while they unconvincingly wave their hardcore Christian morals over petticoats and lemonade. She breathes the oppressive air of fundamentalism yet bites back with surprising aplomb. At times, it feels like we’re listening to Shakespeare— is that Dickinsian verse they’re speaking? Sometimes it is, and it works.

Cynthia Nixon and co-star Jennifer Ehle scintillate as Emily Dickinson and her sister Vinnie. While the supporting cast are convincingly Victorian in their fluttering petticoats and somber frockcoats, Nixon and Ehle seem to timelessly reveal a greater purpose from within this period piece. Their relationship exemplifies solidarity at its finest— and each onscreen moment crackles with devotion as the years march on. They mutually discover the world while being delighted or betrayed by it. Periodic bouts of rage or despair can’t even scratch their admiration for each other. Terence Davies touchingly emphasizes their sisterly bond, something not often seen in films, elevating the meaning of chick flick. “You don’t demonstrate; you reveal,” her sister tells her. As Dickinson ages, this commitment to being true to herself is accompanied by increasing self-doubt and envy of a life not lived. As her revolutionary fires wane, it’s apparent they’ve been slowly doused by a variety of forces. Perhaps ultimately, society’s haughty chaste-beyond-measure judgments against women smothered and choked her into confinement. Perhaps. At the same time, being shielded from the world brought no peace. Ironically, her rebellious spirit seemed to live on, battling against her own mind like an auto-immune response. Being an independent solitary female became more a curse than a quality to herself. Thanks to A Quiet Passion Dickinson’s qualities are revived now as everlasting strengths.

For more information on A Quiet Passion click here.