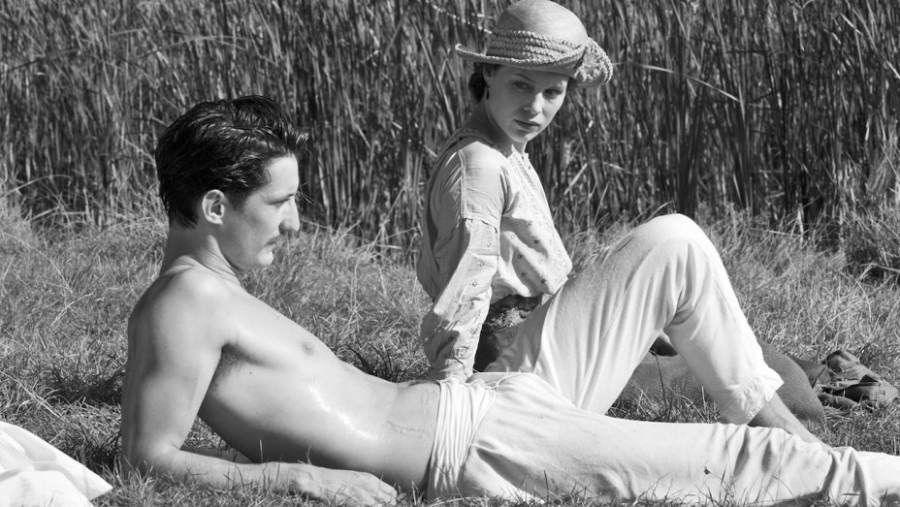 It is 1919, and a distraught young Frenchman visits the grave of a German soldier. That scenario could mean many things, but in Frantz, the family of the titular departed take it he is an old friend of their deceased. The soldier's mother and fiancée, Anna (Paula Beer), are open and encouraging to the young Frenchman, Adrien (Pierre Niney). The father takes more time, but he too warms up. It is a small German town where residents are still openly in mourning, couching their rage and humiliation in nationalistic rhetoric. But even the stormy and severe father cannot understand why he should refuse a Frenchman who clearly loved his son. It seems that it is time for all of them to wake up and move on.

Director François Ozon is probably most known for Swimming Pool (2003) and Jeune et Jolie (2013), but here, he mercifully departs from the realm of nihilistic, sexually-charged ingenues. Which is not to say that the morality animating this movie is somehow old-school and clear. Instead, he plays with a premise that has become its own subgenre, recently in The Guest (2014) but also in classic Hollywood with Broken Lullaby (1932): as a family mourns a lost soldier, a companion of their dead comes to pay a visit. So you might watch Frantz with a sense you know the beats of this story, but the plot doesn’t quite unfold as you’d expect. In fact, it does not so much unfold as it unfolds, inverts, and folds itself back up.

There is an uneasy changeability to the movie. Ozon periodically transitions from black-and-white to color photography. The language used flips from German to French regularly. Halfway through, the plot goes from being about a French stranger in Germany to a German stranger in France. And this is all beside the most obvious, central switch-out in the movie, which is between dead Frantz, and newly arrived Adrien.

This all accompanies a plot which seems to keep asking, “Is there a difference between us?” As a message of pacifism, it is an uncontroversial suggestion that we should stop killing each other for no material, personal reason. But the question of difference, interchangeability, and substitution is a lot less rosy as a moral question. And this is where the movie heads, as Anna goes deeper and deeper into white lies, murky waters, and moral relativism.

As a movie, Frantz is exemplary in its restrained and deliberate breaks from form. It is both instantly recognizable and watchable while also being non-traditional and innovative. Ozon went somewhere I didn’t expect with this project, and I’m glad he’s taken this unanticipated turn.

Review: The Square
Review of ‘Gringo’ starring Charlize Theron &...
Review: The Line Between Seducer and Seduced Becom...
Review: I, Tonya