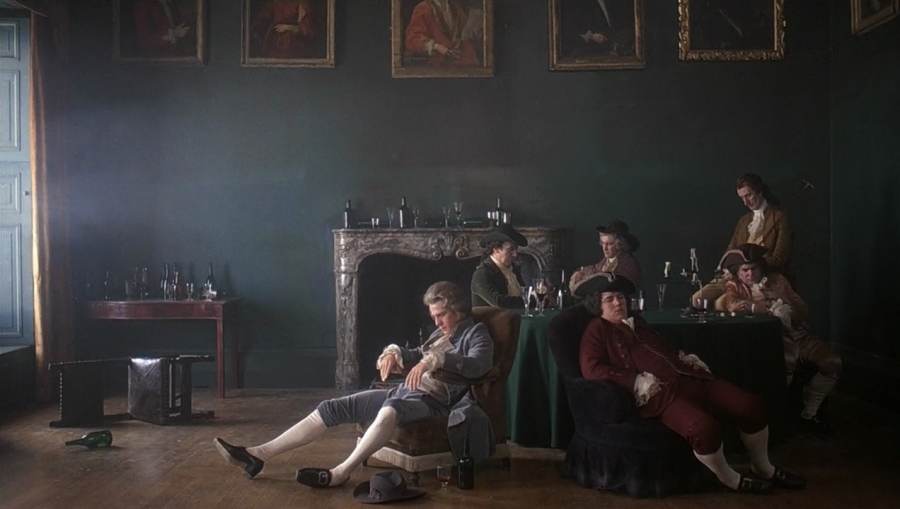 Stanley Kubrick's contributions to cinema extend well beyond his innovative way of juxtaposing images to tell stories and his symmetrical compositions; he was also a master at using music to heighten and highlight emotions. Whether he was using Jocelyn Pook's eerie piano to infuse an orgy with dread in Eyes Wide Shut, or staging an intergalactic ballet to Strauss' "The Blue Danube" in 2001: A Space Odyssey, his unexpected, and often unconventional, scores set him apart from most auteurs. One of his most misunderstood works has always been Barry Lyndon. The tale of the social climber played by '70s heartthrob Ryan O'Neal remains the one Kubrick film critics and fans can never agree on: is it too pretty for the moral decay it wants to convey? Is O'Neal too passive a hero? Is its coldness and distance a curse or a blessing? New Yorkers will have the opportunity to decide for themselves if they attend a screening of the film featuring live orchestral accompaniment by Wordless Music on April 8th. The orchestra will be conducted by the vibrant Ryan McAdams, who skillfully goes from classical to contemporary, finding himself at ease equally with Mozart and film. McAdams told us what to watch out for -- or listen, technically -- to experience Barry Lyndon in a new way.

I can't think of Barry Lyndon and not start humming "Sarabande." Why do you think Kubrick's music choices for the film remain so iconic?

For me, how Kubrick thinks about music as a storytelling device is as memorable as the musical selections themselves.  Most film score cues fall into a handful of different camps: long choreographic sequences that accompany big moments (E.T. flying across the moon / the oil rig exploding in There Will Be Blood), or they underscore emotional scenes to (hopefully) make the performances feel richer ("Frankly, my dear, I don't give a damn"), or they're these quasi-subconscious pitched sound effects (drones, textures) that try alter the temperature of a scene without being noticed.  Kubrick found a fourth option: music that traps you inside his visual world, especially when the narrative has slowed to a crawl.  I think about the opening "Dies Irae" from The Shining, which keeps you prisoner during the long drive to the Overlook.  Every cue in Barry Lyndon has a specific purpose: the Handel "Sarabande", which is played in this romantic, agonized, thoroughly anachronistic way, is kind of a modern commentary on the period, an equivalent to Kubrick using 20th-century tech to bring 18th-century portraits to life.  The Irish folk music might be the closest thing to "standard" film score language, underscoring Lyndon's genuine innocence and love - which is, of course, one reason why it vanishes before the intermission.  When Kubrick uses music, you are meant to experience it as consciously as the performances, the set design or the costumes.

Which is your favorite scene to accompany in the movie?

Ask me after I've done it once!

What's the biggest challenge in conducting while accompanying a film?

The most exciting part of these films comes from learning how each filmmaker thinks about the role of music in film.  Why is this cue here?  What is it trying to accomplish?  What is its relationship to the visual narrative, and does realizing it live change that relationship?  In a film, if the soundtrack suddenly quiets down in order for dialogue to be heard, you don't notice it.  When musicians are performing live and they abruptly drop their sound, that's a dramatic event in the room.  It can pull focus away from the screen at a time when the film-maker wanted your visual attention.  Finding that balance and serving the film-maker's storytelling is always the most creative and exciting part of these projects.

Do you find that scoring films you thought you knew well provide you with new insight you wouldn't have had by just watching them?

Since Kubrick was so meticulous, are there any Easter eggs in Barry Lyndon that only someone with a trained ear for classical music could discover?

Oh, there are tons - but I would look carefully at the battle sequence.  Regardless of the cuts and jumps in perspective, the soldiers never march to anything but the beat of the field drums.  Not a step out of place.  Also, the same little Schubert piano phrase that ends the first half also starts the second - it turns the intermission into kind of a mirror of the two halves.  That should come through clearly in the live performance.  Also, have a think about how deeply repetitive - almost to the point of banality or madness - a lot of the cues are: the "Sarabande", the Schubert trio, the literal repetitions of the Vivaldi and Paisiello music.  What does that say about the hollowness of Lyndon, the aristocracy, about the inevitability of the tragedy?

Were there seminal film scores that, in addition to classical music, helped define your taste? Are there specific ones you'd love to get to conduct at some point?

I think that Herrmann's score for Vertigo is the greatest film score ever, but that doesn't necessary mean that it would make for the best concert presentation.  I like performing scores where the additional element of live performance turns the evening into something richer than simple fan recreation.  The Tree of Life, which we did at BAM this year, became something somehow bigger and also more intimate, something closer to a collective ritual - as close to meditation and worship as anything I've been involved with.  A film like Punch-Drunk Love flourishes live because it's this secret musical.  No one on screen sings, so you don't realize how choreographic the film is until the score is brought forward in your perception.

You recently conducted Nicholas Britell's score for Moonlight and during the summer will do Mica Levi's scores for Jackie and Under the Skin. Why is it important for you to showcase the work of up and coming film composers?

We're living right now with at least two generations of composers whose first encounter with orchestral music was most likely John Williams.  What we hear in movies when we're young has a profound influence on the kind of music we make or seek out when we're older.  Great film scores teach us how music can tell and support stories - they teach us how to listen.  By supporting and celebrating great composers in film, by encouraging the most talented younger composers to write seriously for film, we have a chance to deepen how a new generation of musicians and music-lovers encounter music.

Review of ‘All Wounds Bleed’
The Shots That Won These Classic Films Their Best ...
5 Moments of Utter Slayage at the New York Pops...
Interview: Director Adam Rifkin on the Weirdness o...