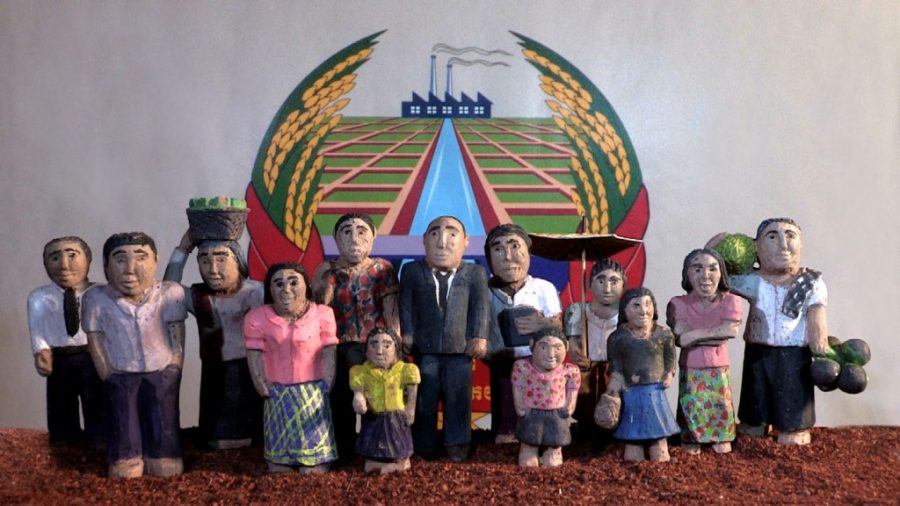 Rithy Panh fled his native Cambodia for Thailand in 1979, and soon after his family died in a refugee camp. Panh ended up in Paris and became interested in film. Life under the Khmer Rouge and its legacy became the subject matter of his new life as a film director in France. His latest documentary "The Missing Picture" deals with those who were children from 1975 to 1979 when the communist movement seized the Cambodian capital and introduced a system of death resulting in a society so impoverished that private property was reduced to slogans or empty promises. In one of the film’s most chilling mise-en-scènes, bank notes fall from the sky in Phnom Penh.

“The Missing Picture" invites us to a faraway country of nostalgia, where clay figurines represent, in many cases, the dead. The figurines find their place in the imagination somewhere between painting and animation; it’s stop motion without motion, but by holding the figurines still, it is the heart that moves, or at least that’s the idea. This is a difficult film to watch. Part of what you make of a film is what you bring to it, contrary to the belief that all films screen in the mind on a tabula rasa. “The Missing Picture” requires patience, imagination and a considerable amount of effort toward empathy because it’s nearly impossible to identify with extreme suffering from genocide. You have to wonder if it’s not the job of the director to make this easier? Does Panh overindulge in telling a story? But more importantly, is this a story that can be told? Panh has very few pictures from the genocide; he uses a French, first-person narrative; and there are no witnesses from his family that can testify of his highly personal memoir. Why should we believe him? After all the narrator, Randal Douc says, “there is no truth, there is only cinema”. Only by using this radical lens to look at Panh’s work can we gauge the level of loneliness in Panh. In a way it is madness, a vision of purity alien to the world, and Panh has nothing to show for it, hence, the title “The Missing Picture”.

From passages of this film you realize that it takes little to satisfy man: work and food. And it is only in man’s dreams that complexity arises. "It starts with purity, and ends with hate," says the narrator. Aren’t the two, hate and purity, just different sides of the same coin? Many atrocities have been carried out in the name of purity. At intervals, throughout the film, waves wash over the screen as a symbol of purity. The freedom that Panh’s father died for, is tragically a pretense of purity. When the families share their food, there is more hunger than food so they mostly share their hunger, and hunger is a pretense of purity. Reeducating people in the rice fields--after being forced out of their homes and into the countryside--is a pretense of purity. “Childhood is a constant refrain” says the narrator, but childhood is also a pretense of purity. There is something missing in all this, purity. And tragically all there is to show is hate.