Amidst all the geektastic news that came out of Comic Con this year, Disney was surprisingly mum about their biggest and newest property: Star Wars.  Perhaps they're waiting to reveal any news regarding Episode VII at their own fan event, the D23 Expo in Anaheim (beginning August 9) -- there would certainly be no danger of being drowned out by the uproar over Superman Vs. Batman.  While an announcement hasn't even been confirmed yet, speculation is rampant over what Disney might reveal: Casting? Plot?  It's unclear what, if anything, Disney has planned, but in the meantime here are seven reasons why you should be excited about "Star Wars: Episode VII."

VII. It's not a prequel 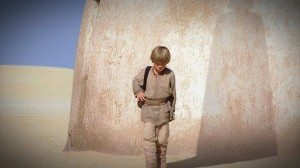 It's no secret that Episodes I-III sucked.  And there were several reasons for that creative (though not commercial) failure: boring trade embargoes, angsty love stories, too much CGI, annoying child actors and Jar Jar Binks among them.  But one of the biggest problems was the mere fact that they were prequels.  By its very nature, a prequel means the audience knows how the story will end, which has the potential to rob a film of its narrative steam.  I'm not saying that prequels can never be successful, but was anyone really clamoring to know Darth Vader's backstory?  Wasn't the mystery of his transition from Luke's father to Sith Lord part of what made him such a great bad guy?  Now, whenever we re-watch Episodes IV-VI, we get to picture the imposing black-clad villain as a blonde, prepubescent brat.  Thanks, George Lucas.  Moving the story forward instead of back opens unlimited possibilities for where the series might go next, from the hundreds of Expanded Universe plots to something completely original.

Part of what makes the original trilogy so re-watchable to this day is its use of location shoots, scale models and practical effects that lend a sense of realism to the saga that simply can't be matched by CGI.  (It's the same reason the original "Jurassic Park" is still such a classic.)  Granted, CGI has made leaps and bounds since the prequels came out in the early aughts, but the human eye can still tell the difference between something computer-generated and something tangible.  Much to the delight of fans, Lucasfilm President Kathleen Kennedy has promised to use less CGI and more practical effects in the new trilogy.  We won't know if they kept that promise until we actually see the film, but we can keep our fingers crossed. 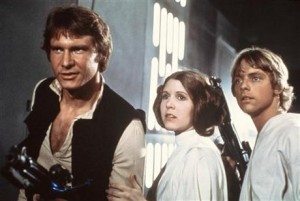 Another reason the two Star Wars trilogies feel so separate is the almost total lack of any shared cast members.  The only person to majorly appear in both trilogies is Ian McDiarmid as Emperor Palpatine.  (Peter Mayhew re-appears as Chewbacca for a couple scenes in Episode III and James Earl Jones voiced exactly one word for Episode III: "NOOO!!!!!)  While no official casting announcements have yet been made, it is all but confirmed that Mark Hamill, Carrie Fisher and Harrison Ford will be returning in some capacity for Episode VII.  Whether they will play major roles, appear in cameos, or all die in the opening scene is unknown, but their mere presence will make Episode VII feel like more of a Star Wars film than I-III ever did.

IV. It's owned by Disney 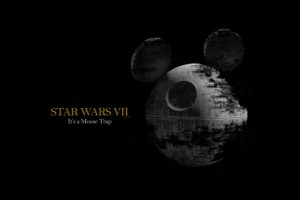 Last October, Disney bought Lucasfilm for just over $4 billion.  That means that in addition to its own wheelhouse of animation classics, Disney now owns three of the biggest and most successful entertainment juggernauts in the world: Pixar, Marvel and Star Wars.  Some might groan that "Disney owns everything," but that may not be such a bad thing.  Just look at the success they've had with the Marvel über-franchise: "The Avengers" managed to expertly combine three separate franchises into one massive $1.5 billion-dollar-grossing megafilm.  Every Marvel movie has been met with both critical and commercial success, providing eye-popping action combined with a family-friendly -- but not kid-pandering -- tone.  That's an important distinction that George Lucas failed to understand with the prequels.  Hopefully Disney will be as careful with crafting the story of the Force as they were with Iron Man, Thor, and Captain America. 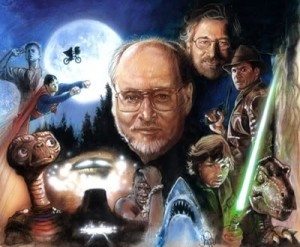 Star Wars has one of the most memorable themes in movie-music history, thanks entirely to the brilliance of composer John Williams.  His majestic melodies were one of the main reasons the original trilogy felt so epic -- and often they were the only saving grace of the prequels as well.  Many were wondering whether director J.J. Abrams would be bringing along his longtime collaborator Michael Giacchino ("Lost," "Up"), a great composer in his own right -- but not yet a living legend.  Two days ago, it was officially announced that John Williams would indeed be returning to write the music for the new trilogy, a decision cheered by fans around the world.  Get ready for more instantly-recognizable themes and hummable melodies. 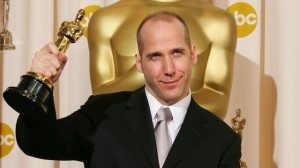 All you really need to know is that George Lucas isn't writing the screenplay.  Episode VII will only be the second film in the franchise that he didn't have a hand in writing, after "The Empire Strikes Back."  Is it a coincidence that "Empire" is universally considered the best in the series?  You decide.  But without Lucas penning the script, it's a good bet that Episode VII will return the franchise to its original glory after three films of mind-numbing trade embargoes and senate hearings.  But who is Michael Arndt, you ask?  He's the Oscar-winning screenwriter behind "Little Miss Sunshine" and "Toy Story 3."  While that may initially seem like an odd choice for such a huge sci-fi action film as "Star Wars," it's precisely for his intimate, character-driven scripts that he was chosen.  Kathleen Kennedy said at Star Wars Celebration Europe, "The story and characters are all we're talking about right now. We have an amazing team at ILM, who can create fantastic effects, but if we don't have a great story and characters, the effects mean nothing."  *slow clap*

I. J.J. Abrams is directing 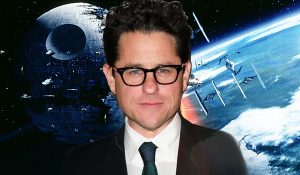 Again, all you really need to know is that George Lucas isn't directing the film.  Lucas directed four of the six existing Star Wars films (Episodes I-IV) and has finally relinquished the job to one of the biggest up-and-coming directors working today: J.J. Abrams, the man behind both hit TV shows ("Alias," "Lost," "Fringe") and hit movies ("Mission: Impossible III," "Super 8", "Star Trek Into Darkness").  Geek minds worldwide exploded when it was announced that the director of the rebooted Star Trek franchise would also be directing the new Star Wars trilogy.  Abrams successfully revitalized Star Trek, crafting two films that appealed both to die-hard Trekkies and uninitiated audiences alike (they garnered 95% and 87% on RottenTomatoes, respectively).  I have no doubt he will be equally successful with Star Wars, which he has always claimed to be a huge fan of since childhood.  Plus, Abrams is known for his ability to keep major plot points and characters hidden from spoiler-happy fans -- no minor achievement in this day and age.  His secretive touch will be perfect to ensure that such a highly-anticipated film as "Star Wars: Episode VII" will hold plenty of surprises and delights for its rabid audiences when it opens in 2015.  May the Force be with him. 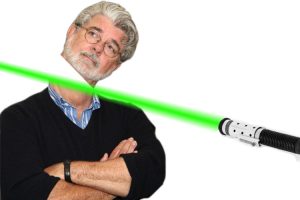 Because it bears repeating: George Lucas will neither write nor direct Episode VII.  Since he sold the rights to Disney, his involvement in the franchise should now be severely limited.  Thank goodness.