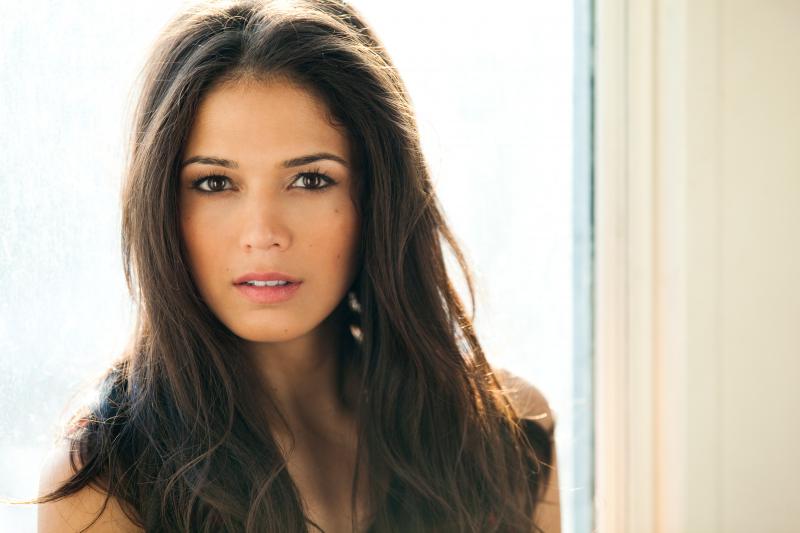 Broadway’s Arielle Jacobs (In the Heights, Wicked) is looking forward to sharing her stories and personal journey this April as she makes her Feinstein’s/54 Below solo cabaret debut! Most recently starring in the Australian production of Aladdin as Princess Jasmine, Ms. Jacobs returns to NYC for a few evenings of song and celebration.

StageBuddy had the opportunity to catch up with Ms. Jacobs before her debut and chatted about her journey and career experiences, personal musical influences, and more.

What are you most looking forward to about performing at 54 Below?

I am so excited! There’s so much to look forward to and there’s also so much to live up to! It’s the place where’s all the biggest stars all do their thing. I’m most excited about telling a story that hopefully inspires people. It’s a very personal story and a lot about how I got here – coming from a small farm town in California to where I am today and what the journey of chasing a dream is like. There’s a lot of twists and turns and sometimes things feel really hard and sometimes you want to give up – but I hope to share what you can do instead and inspire others to feel a little braver in their own lives.

I’m singing a lot of songs from shows that I’ve done, so whether people know me from Wicked, High School Musical, or Aladdin, they’ll get to hear songs from those shows.

Tell me about the process of creating your show and the anticipation of sharing it with an audience.

When I’m on a big stage in a show, it’s not me you are seeing, but the character that I am playing. I don’t get to tell my story, I tell the story that I’m given. Now, in my show, I feel like it’s more of a one-woman show than a concert. It’s a lot of songs, but also a lot of monologues in between the songs. People are coming to see me sing, but I don’t know that people know me so much as a storyteller when I don’t have music in front of me. I’m excited for people to go on that journey with me too, because a lot of my stories are told through monologues and that can only happen in a place like 54 Below where it’s so intimate and theatrical. I’m so excited to bring my theatrical piece to the venue.

Who are some of your biggest musical influences?

When I was younger, my biggest influence was Whitney Houston, so I have a little of her in the show. Also, Sara Bareilles is an idol of mine, so there’s a little of her in the show. I actually grew up wanting to be a pop singer and I loved Whitney, loved Mariah Carey and then I kind of fell into musical theatre and fell in love with that even more. I love the storytelling aspect.

I also received a music degree from NYU and studied classically with an opera teacher all throughout high school and feel like even though I come from the pop mentality and then went into the classical training, I am so lucky to get to bring all of that into the musical theatre arena with me. It’s so hard to pick a favorite, but I love new musicals that have a pop musical theatre aspect to them.

What have music and singing represented for you in your life?

It has definitely changed over time. A big part of why I started singing was because things weren’t going so well in my school life and I kind of used it as an escape. Initially, it was my source of strength, because I could put my energy into something that was cathartic, but at the same time, I could focus my energy on it being a form of expression. I really don’t know where I would be without music. Music feeds me as a person and feeds my creative spirit and influences so much of what I feel like I’m meant to do.

Can you talk about some of your favorite memories playing Jasmine in the Australian production of Aladdin?

Australia was unbelievable -- I loved it so much! It’s such a beautiful place and the people there are the sweetest and warmest people that I’ve ever encountered. They are playful, happy, and present. My time there shifted how I want to live in the world and how I want to be as a person, but that’s a whole other conversation!

Being in Aladdin was so cool. My favorite part of the show was going up on the magic carpet every night, because you could hear audible gasps from the audience when the carpet lifts off and the walls of the palace disappear and the carpet is just floating in mid-air with stars behind it. It was so fun to hear the audience reaction – I loved it! Most of the cast were from Australia, a couple were from New Zealand, and then myself and the genie (Michael James Scott) were from New York City. I was so blown away by the talent of the cast and the professionalism of everyone in the theater. I felt like I was in a Broadway house.

A lot of women love Princess Jasmine and to them, she represented strength and the courage to speak up for themselves, so I feel like Aladdin was big shoes to fill but such an honor to represent that for people. It was the most amazing six months of my life!

What type of work would you love to be involved with in the future?

My wish list is to do a lot more new musicals and I’d love to be involved in some new projects and originate a role in New York. I’d also love to get into animation – it’s always been a dream of mine to be the voice of an animated Disney princess! That’s a big goal and hopefully get an album out pretty soon!