In a welcome, too-rare, and too-brief return to New York cabaret, the Portland (OR)-based Rebecca Kilgore proved anew that sometimes just singing the song more or less how it was written or previously sung by others can be quite enough, even for a jazz singer. Don't get me wrong. Kilgore certainly pos 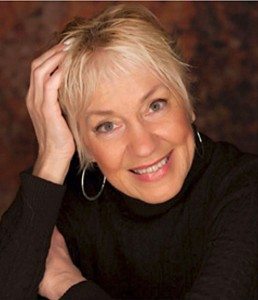 sesses a subtly swinging style of her own, and a solid sense of lyric interpretation. But in this show, with the somewhat prosaic and unpromising title of "Scrapbook of My Favorite Singers," she didn't change lyrics, fool much with arrangements, or update her material in any way. Yet she managed to make it all sound fresh—and even new. This was in part because she showcased less-well-known songs associated with even the best-known singers whose work she featured. For example, Kilgore began this set with her rendition of Billie Holiday's very first recording, which was backed by Benny Goodman, in 1933: "[My] Mother's Son-in-Law" (Mann Holiner, Alberta Nichols). Although covered by many singers since, Holiday's original 78 sold a mere 300 copies, and is missing from most of her compilation CDs.

For this Metropolitan Room show, Kilgore picked her favorite artists for their work from the 1930s through the 1950s, roughly from Connee Boswell and her version of "Bob White (Whatcha Gonna Swing Tonight?)" (Bernie Hanighen, Johnny Mercer) to Marilyn Monroe's rendition of "Bye, Bye Baby" (Jule Styne, Leo Robin). Growing up in Waltham MA, Kilgore found a local radio station that played jazz-inflected oldies sufficient to wean her away from the prevailing folk-pop of her era. Suddenly, Judy Collins and Joan Baez were gone from Kilgore's playlist, and she began to be influenced (even "taught," she said) by an ever-expanding list of "vocalists I fell in love with as I was learning my own jazz singing style." The roster for this show, she said, "could have been twice as long." Those who did make the cut were mostly women, understandably, although Louis Armstrong and Nat King Cole were featured, the latter by the lament "Azure-Te" (Bill Davis, Don Wolf).

In no case did Kilgore imitate her role models. "I couldn't impersonate any of them if I tried," she asserted. Instead, beautifully backed by Jeb Patton on piano and Joel Forbes on bass, she delivered her straight-ahead interpretations of what she felt her heroes were saying. The list included well-remembered icons such as Peggy Lee, with a rare two songs: "I Like Men" (Jack Marshall, Lee) and "I'm Just Wild About Harry" (Eubie Blake, Noble Sissle). Judy Garland, about whom Kilgore had once done an entire show, got just one number this time out: "Friendly Star" (Harry Warren, Mack Gordon, from Summer Stock). Louis Armstrong and Ella Fitzgerald shared a single number the two had teamed up on in a 1946 recording: "You Won't Be Satisfied (Until You Break My Heart)" (Freddy James, Larry Stock). Their two vocals were separated by a tempo change—from slower (hers) to jazzier (his). Forbes on bass was particularly effective in this demi-medley.

Less-remembered lady vocalists and their songs were well represented, such as Maxine Sullivan, with "I Miss My Mississippi Bayou Town" (Leonard Feather, Andy Razaf); and Anita O'Day, with "I Lost My Sugar in Salt Lake City" (Leon René-Johnny Lange). Lee Wiley was honored with "A Woman's Intuition" (Victor Young, Ned Washington) and the Gershwins' "Sweet and Low-Down"; before performing the latter song, Kilgore credited Wiley with recording the first record album devoted to a single composer. Kilgore's encore, "Them There Eyes" (Maceo Pinkard, William Tracey, Doris Tauber), probably the best-known song in her set, was particularly apropos because more than half of the artists on her song list had recorded it. Since here she was paying tribute to all of them, and not one in particular, this final number was truly her own.