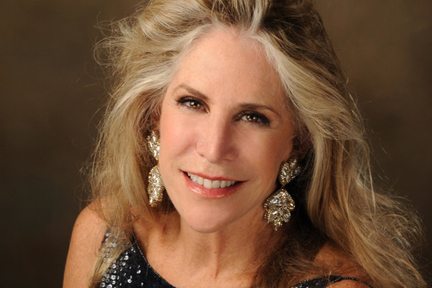 Risa Finkel drives a mean welcome wagon. For her recent show at Pangea, "Moment to Moment," the singer assembled a program with a smart balance of humor and seriousness. She displayed a warm and pleasant singing voice, as well. But Finkel had something even more essential going for her: an impressive talent for making listeners feel fully at home. She "entertains" not just by being a stand-on-the-stage-and-sing performer, but also in the sense of being a caring and gracious hostess. I'm willing to bet she has thrown some stellar dinner parties—the sort at which guests want to linger into the wee hours.

Her singing often has a quality of easygoing conversation. This was apparent in the show's opener, "Take the Moment" (Richard Rodgers, Stephen Sondheim). She started the number leisurely, but then she and her fine ensemble of musicians (pianist and musical director Paul Greenwood, bassist Boots Maleson, and drummer/percussionist John Redsecker) switched quickly to a racing pulse. The contrasting moods in the number made for an effective first salvo.

Finkel's bent toward humor emerged in her follow-up offering, Leiber and Stoller's "I'm a Woman," delivered with over-the-top brio. She occasionally altered the lyrics of this anthem of the American superwoman by injecting such Yiddish-isms as "schmaltz" and "shvitz." Throughout the show, she made her Jewish identity known: often comically, occasionally with deep seriousness.

One effective grouping of songs began with Steven Lutvak's amusing "The Dinner Party," which speaks from the point of view of a character celebrating her humble Jewish roots in the midst of a gathering of hifalutin WASPs. She followed this with a delightful Yiddish rendition of Rodgers and Hammerstein's "Surrey with the Fringe on Top." Then the mood turned darker, with a haunting take on Leonard Cohen's "Dance Me to the End of Love." Finkel prefaced the number by explaining that the songwriter had been inspired by stories of Jewish musicians performing for doomed fellow prisoners in Nazi death camps. I'll never hear the song again without recalling her reading of it.

Finkel's skill at finding effective song groupings continued. Directly after the trio of songs just mentioned, she paired the sensual "Lazy Afternoon" (Jerome Moross, John Latouche) with the seductive "Speak Low" (Kurt Weill, Ogden Nash), suggesting a steamy love romp. Next came the comedic "He Never Did That Before" (Debra Barsha, Mark Campbell) in which a lover's sexual satisfaction is spoiled by nagging suspicions about where her partner may have picked up some of his new lovemaking techniques. Finally she gave us Adam Guettel's "Dividing Day," a song about love coming undone, perhaps because of distrust and jealousy.

In the show's spoken interludes, Finkel was—as she was in her songs—charming and witty. Maybe her Borscht-Belt-ish "Uncle Harry and Aunt Ruth" stories might work better if they were trimmed back a bit. But I found her to be consistently engaging and in command of her talents. Her control was particularly evident during her delivery of the extremely complicated (English) lyrics for Antonio Carlos Jobim's "Waters of March," during which she suggested to an audience already weary of the new American political reality that resilience is possible in the face of a seemingly ravaging deluge.