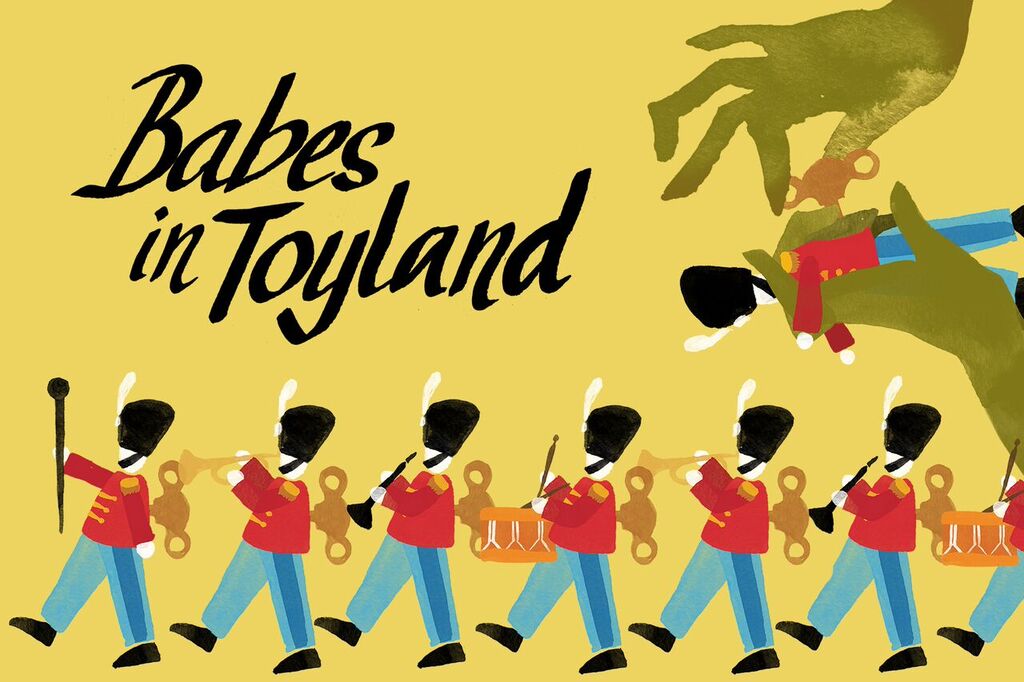 We spoke to Tony nominee Lauren Worsham about her upcoming appearance in Babes of Toyland at Carnegie Hall.

What makes you the most excited about the show?

I’m excited to sing at the beautiful Carnegie Hall stage, being reunited with Christopher Fitzgerald, also with Kelli with whom I did The Mikado, she’s so badass! And of course I love working with Ted Firth. I’ve been on a break, my baby just turned 9 months, so this is the most substantial role I’ve had since my baby was born.

Will the show be partly staged or just a concert?

It’s a concert with suggested costume changes, I’ll be singing the most since giving birth so I’m excited about that. I’m sure you’ve seen Master Voices, having that enormous choir behind you is really thrilling, it’s not something I get very often, and people in New York don’t get it very often either, so it’s pretty nice.

Did you revisit all the movie versions or were you working just from the libretto?

I’m working from the material we have only because there are so many versions, everything has been done in a million different ways, so I’m sticking with the version we’ll be doing and the story we’re telling.

Are there any numbers you’re especially excited to do?

“I Can’t Do the Sum” cause it’s just such a weird little song, it has so many funny lines in it, it’s a sweet little song with funny jokes which is all you can hope for in a piece. 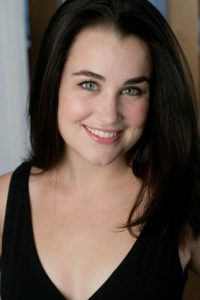 Out of all the work you’ve done recently, this is probably the only show you could show to your daughter when she’s a bit older…

(Laughs) Maybe Gentleman’s Guide? The death in that is like Bugs Bunny, but yeah this one’s pretty tame, unfortunately she’s too little to enjoy it now, but I’ll be enjoying myself while she sleeps.

The people who wrote Babes also wrote a musical of The Wizard of Oz, which made me think of Dog Days which reminded me so much about Oz.

Do you feel like you carry traits from each of your characters from one show to the next?

Absolutely, that’s life too, right? You find yourself in situations that have nothing to do with a past experience and you connect the dots in the ways in which they’re similar. I do that with experiences and people, my mother says “you learn something from every person you meet”, I feel that not only from people but from the shows I’ve done, even auditions. Every time you commit something to your body and memory you learn something from it, if I’m lucky to make it to 90 and I look back I’m sure I’ll see the thread in all the shows I’ve done. Hopefully it will make for a glorious constellation.

I wanna believe that you sing at least once a day, but you say you haven’t been singing much, have you mastered a formula you’d like to share about how to prepare your singing voice after not using it much?

I’ve been trying to practice when I find the time, it might sound crazy but when I sing to my daughter I try to stay on the breath (laughs) More than anything I think psychologically as a new mom I need to remember everything is temporary, my daughter needs me much more these days, but she won’t need me as much in the future. So I’m slowly transitioning into trying to do more work, it can be disheartening after being “out of the game”, but new moms need to remind ourselves everything is temporary.

I loved the Sky-Pony show at The Sheen Center, how can we continue to help you guys with all the activism you’re doing? How do people even get started when they haven’t done anything before?

It feels so huge right now doesn’t it? There is just so much to address, it can feel overwhelming but it’s important to pick a few things that matter to you, none are more or less important than others, we need to focus our energy on those things. My husband and I set up recurring donations to organizations we really care about, the NYCLU formed an advisory committee of young professionals trying to put things into action, so we need to be in contact with organizations that matter. Sky-Pony has an upcoming concert with the New York Festival of Song which will be a bit more arty, we already do weird stuff, but this will be even more arty. As for the summer, my husband’s pilot might get picked so we’d have to move to LA for a bit, so we’re gonna try to introduce Sky-Pony to the West Coast. It’s important for people to get together and do things, it’s hard to make art and even more so under a pseudo-fascist regime, but I think some of the most beautiful art we’ve ever made has come from times of hardship, so that’s the silver lining.

True. I hope you guys do more Madonna mash-ups in the future too.

It made me so happy! So thinking about Madonna and things that make us happy, are there any songs or albums in particular that have helped you find some comfort in the scary times we’re living in?

I’m training for a half marathon so I’ve been running a lot, and I’ve been listening a lot to Paul Simon’s Graceland, I know there’s a lot of problems with the cultural appropriation he did with that album, but it’s a beautiful album, he captured a mood, time, an expansiveness and it truly makes me happy.

The world is urbanizing at an astonishing rate, and if we aren’t mindful in that process, the results could be dire. So says Matt Tyrnauer in his documentary, Citizen Jane: Battle for the City. In order to present the debate of urban development, he focuses on the mid-century struggle between the “master builder” Robert Moses, who served as an urban planner in New York City, and Jane Jacobs, a writer and community organizer, who got in his way a lot. For Tyrnauer, they represent two poles in city planning: top-down versus bottom-up; abstraction vs evidence-based practice; the city as an object vs the city as an organism. Moses comes from the modernist tradition. The thinking goes that in the modern age, with its technological advances, one might design a utopia of ideal, if uniform, housing for all citizens. Freeways need to cut through the city to provide mobility, but more units can be provided in skyscraping housing projects. Jacobs, on the other hand, argued that what appeared to be the messy, chaotic life on the streets was in fact a complex communal system. She claimed the neighborhood communities provided safety, child-care, entertainment, and social cohesion that would be e …Read more