Martín Zimmerman lends but one voice to the patchwork of rich Latinx experiences in his new play Seven Spots on the Sun, a gorgeously written exploration of love, miracles, and a country torn apart by tragedy. In an interview, he talks about his personal connection to the subject matter, the complex moral questions of the play, and the many exciting projects he’s currently working on.

How did the concept of Seven Spots on the Sun come about?

The play was born out of a research trip I made to my mother’s homeland of Argentina in June of 2007. Several years before, the Argentine government had just begun prosecuting crimes committed by the government during the dictatorship that ruled Argentina from 1976-1983. I was very curious about how that more than 20-year delay in the justice process had impacted victims of the dictatorship’s violence. Did justice delayed mean justice denied to them? How had this long wait impacted their emotional relationship to the justice process? This was the seed of the play. 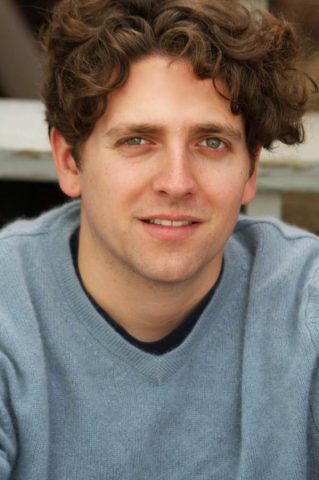 I wanted the focus of the play to be on these particular characters and the bigger philosophical questions the play tackles in terms of forgiveness, redemption, justice, etc. I felt that, if the play were set in a specific Latin American country, the characters and thematic questions would get swallowed by having to convey the detailed history of that country to a U.S. audience. I also felt like setting the play in a fictional country allowed me to give the world an epic, larger-than-life quality, similar to the worlds of many Shakespeare plays.

What is the role of Latinx voices in theatre, and do you feel that it has changed dramatically since Trump was elected? Do you see yourself as a champion of the Latinx experience?

This is a question I’ve started getting a lot. I do not personally feel my own role as a writer has changed since Trump was elected because my work has always been political and deeply invested in issues of representation on many fronts (not just in terms of race/ethnicity). I've always tried to portray people who are marginalized in one way or another with nuance, tenderness, dignity. Perhaps the stakes of these efforts are greater now that Trump is in office, but my goal remains the same. I also think it’s important that we ask ourselves during such urgent times what the limitations of theater are. Theater can be great at shifting people’s thoughts and attitudes subtly and over time, but it’s not as great a catalyst for immediate political and social change under dire circumstances. And in terms of seeing myself as a champion of the Latinx experience, the Latinx community is so diverse that I don’t think I can be a champion of all of it. All I think I can do is try to tell meaningful stories and create opportunities for underserved artists and audiences. I certainly feel that responsibility every time I write something.

The characters are so richly written, with some behaving quite at odds with what the audience might expect them to do. Do these characters in some way redeem the many terrible Latinx stereotypes that litter popular culture?

That’s a great question. I’m not sure. I guess I’m grateful if some people feel like they do. I certainly hope they begin to. But I don’t think redeeming all those stereotypes is something any one writer or play can do. It takes the sustained effort of a community of writers (both Latinx and non-Latinx) over many years.

Another recent play you’ve written, On The Exhale, has similar themes of violence and redemption. Do these two plays relate to each other in your mind?

Even though they’re very different, I do think there’s a lot that connects them in terms of examining how people grieve, how they cope with the aftermath of startling, terrifying violence. I think these are vital, deeply human questions that people face in so many cultures and contexts across the globe. I also think there are some formal similarities between the two plays in terms of how they both seek to use direct address to form a bridge between the audience and performer(s).

It’s interesting that the most secular character in Seven Spots on the Sun is given the most holy of gifts, to miraculously heal with his hands. Conversely, the actions of the most religious man in the play cause a sequence of tragedies. Does the play take a stance on religion vs. science, or is it saying that each holds the other up?

I don’t think it takes a clear stance on religion v. science. Yes, Eugenio makes a decision that leads to many tragedies, but it’s a very understandable decision. He’s put in an impossible position, and I think many others would make the same choice in his shoes. In a way, Eugenio is all of us. We all, like Eugenio, would like to think we’re the kind of person who would open that door. But how many of us actually would? And Moisés has this miraculous gift, but does he use it selflessly? I think, at their best, both religion and science are different ways of trying to cut a clear path through the unknown, and that both brush up against our boundary with the unknowable.

What other projects are you currently working on?

I’m working on commissions for La Jolla Playhouse, Milwaukee Rep, and Roundabout, the book of a musical adaptation of The Giver for Marc Platt Productions, a TV pilot for Indigenous Media, and I recently finished working the first season of the upcoming Netflix series “Ozark.”

Seven Spots on the Sun

In Manhattan at Rattlestick Playwrights Theater

Review: On the Exhale

The horror of the Sandy Hook Elementary School shooting still resonates today, more than four years later. Roundabout Theatre Company’s one-woman show On The Exhale addresses this atrocity through the monologue of a woman who finds herself unexpectedly connected to the tragic event. This uncomfortable but important topic is made palatable by a wonderful team comprised of actor Marin Ireland, playwright Martín Zimmerman, and director Leigh Silverman, who brilliantly present the nuances of a woman going through something unimaginable. Ireland is a women’s studies professor in a small college town in Connecticut. She is already on edge about the state’s latest concealed carry law that has forced businesses that do not welcome guns in their establishments to display stickers of a gun with a line through it. Shouldn’t it be the other way around, she muses, sort of like an opt-in for all the crazy people so the sane ones know to stay away? She is clearly anti-gun and, not only that, suffers from anxiety dreams as a result of a student’s hostile comments to her grade on his paper. She has even arranged her office so she can make a quick escape should the need arise. Which is why, upon lea …Read more