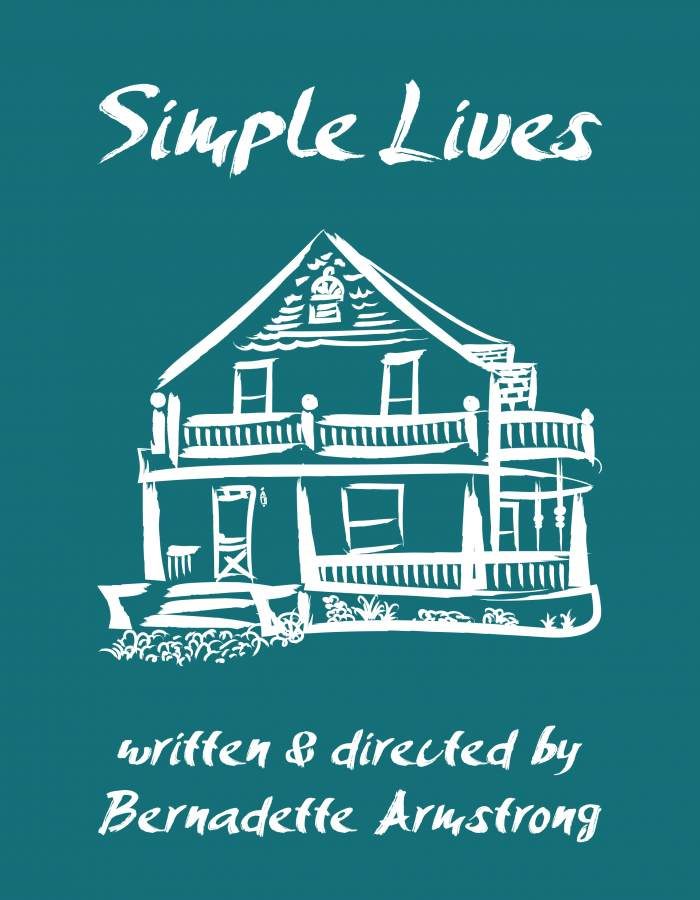 Bernadette Armstrong's radio play Simple Lives is, as the title suggests, not a very complicated play. Instead, it's a slow-moving story about life in a small town among rather small-minded people. Two elderly sisters navigate the challenges of living together, especially when one of them is a little off her rocker; their granddaughter/niece comes to visit and share some startling news; and next door, a young husband slowly loses his wife to skin cancer.

Despite its simple, rather slow storyline, Simple Lives is not without merit. Anne Cooper has some genuinely funny moments as Anna, a well-meaning but somewhat confuzzled elderly woman who's constantly gardening and singing showtunes. Rosney Mauger gives a sincere performance as John Knight, a radio host trying to keep it together as he watches his wife die of cancer, and as said wife, Monique Gonsalvas also gives a notable performance.

There are also moments of tenderness and emotion, which can be hard to communicate through an audio play. Gentle, small-town heroism and quiet family loyalty permeate the storyline, making it relatable and meaningful--if in an understated kind of way. It's a story about persisting in loving despite difficulties, taking life with all its surprises in tow, and reaching out to others who are hurting.

That said, the action is a little slow at times, and there are a couple of confusing moments that could perhaps use a little more narration. As always, the trick with audio drama is to clearly communicate what's happening without making it obvious. And for the most part, Simple Lives does fine with this, but I admit to being slightly confused a couple times.

There are also moments when the dialogue comes across as a little unnatural (possibly due to the delivery more than the writing) and coupled with the slow-moving plot, I'm afraid this kept me from fully enjoying the drama. I did find the second act, in which things pick up a bit, more enjoyable.

At the end of the day, Simple Lives does communicate an important message about the persistence of love and the value of friendship, and it's refreshing to hear a drama that centers on the lives of two elderly, ordinary women. With its spotlight on aging and female relationships, Simple Lives is definitely covering important ground that doesn't often get the spotlight, and as I mentioned in my last review of an Open-Door Playhouse show, I think this new audio theatre platform has great potential.

Simple Lives is available permanently at www.opendoorplayhouse.org after its official premiere on Wednesday, May 5th.

‘Custody’ shines a spotlight on a less...
Review of Matriarch
Review of ‘Give Me Away’
Review of ‘Return the Moon’